Rashmi Samant To Swarajya: Resigned To Preserve The Last Bit Of My Sanity; University Yet To Take Any Action On Staff Member 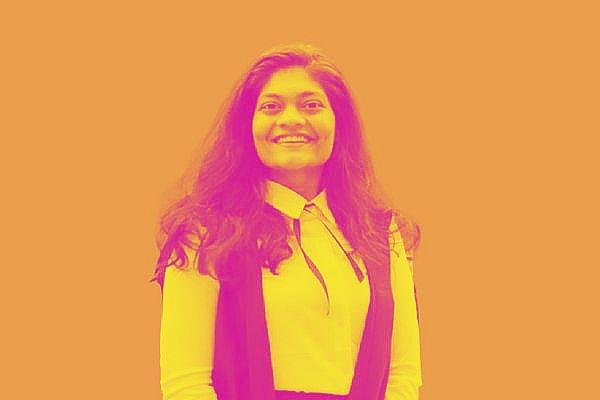 Until a few weeks ago she was the girl who made history by being the first Indian woman to become the president of the Oxford University Student Union.

But one week after making history, she made news yet again having to tender her resignation for allegedly being ‘transphobic, anti-semitic and racist’.

A young Indian from Udupi, who won a student election on the basis of a manifesto that promised ‘decolonisation off the syllabus and decarbonising the institution’, was all of a sudden accused of being ‘racist’ and ‘insensitive‘.

The slew of negative comments that followed, including a biopsy of her parents Facebook profile pictures from last year, simply made it all too murky.

But what went wrong in a matter of days?

Rashmi Samant, in an email interaction tells Swarajya that it is all yet to sink in but surely what happened now looks like a “deliberate attempt to bully”.

Excerpts from a brief interview:

What is it that led to the series of events that finally led to your resignation?

A: People suddenly took too much interest in me (as soon as I won) and started all sorts of trawling into my history, family, friends and affiliated organisations. Feels like a very deliberate attempt to bully and discredit me to pressurise me to resign.

As far as the social media posts are concerned, are you apologetic about the use of any of those words that seem to have raised this storm? Or was it a case of the posts being taken out of context to intentionally manufacture an issue?

A: I think it is the latter but I have in the past apologised for any genuine hurt along the way and still do.

While you have used the word ‘first Indian woman’, the professor in question seems to have highlighted the word ‘Hindu’ and said ‘Hindu President Elect’. And the letter by the Students union says it has no ‘place for racism, transphobia and anti-semitism’ . How do you see all this?

I see myself as a genuine person who wanted to be involved in advocacy and bring about some change. If they do not want to accommodate that despite a clear mandate and electoral victory, I have nothing further to say.

Were you ‘forced to resign’ ? Or did you choose to and why? How did the demand to resign affect you personally?

There was a demand for me to resign and that with the increasing effects of cyber-bullying was making me feel very isolated and anxious. It was a decision to preserve the last bit of my sanity.

How is ‘brown desi’ not racist while ‘Ching Chang’ is?

None of the students seem to be concerned that there was a full blown attack on me in public by a faculty member or how pathetic it was or that I deserved any support or that the university is yet to do anything. They were and still stuck up over the fact that my apology for my captions from five years ago was not genuine enough.

What has been the university’s stand in all this fiasco? And does/has any of this affect/ed your studies or the course you are pursuing?

The engineering science department is strictly no drama and full-support environment. They have been the best people. But the University is yet to take any steps in resolving the fiasco created by a staff from another department.

Have you or any organisations taken this up legally? For the professor has maligned both a religion and an entire region calling South Canara ‘Islamophobic’, thereby terming all of us from this region bigots.

Not yet but considering all my options currently.

Lastly, what does being ‘Hindu’ mean to you? Also, do you still stand by your views on the need for greater ‘decolonisation and inclusivity’ on the campus - and how do you think this can be achieved, at least to begin with, given the series of events that have unfolded?

To me, Hinduism is a way of life. It is an integral part of my identity. I have been thinking about it for quite a while. The rampant cancel culture has effectively stumped any real change of late. But every cycle has its run and then there will be a new one. We can all definitely hold out some hope.

I was a wild card candidate. Post-graduate student, from MPLS division, Linacre college. The kind who never contest for President, let alone win. It is usually undergraduates from Social Sciences and Humanities from the bigger colleges who contest this. Not a master's woman from STEM.

It is very easy to assume the worst in people, especially the ones you've never met. We can all use a dash of kindness and the joy of giving others the benefit of the doubt.