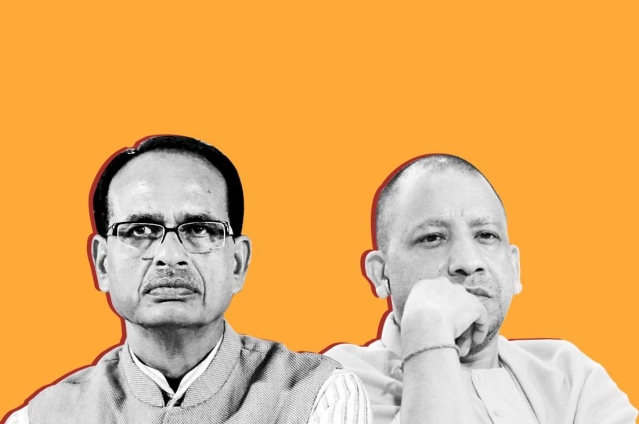 Thanks to the Covid-19-induced economic crisis, India may be at a new inflexion point where the drivers of growth shift significantly to the poorer north. The demography is right, many of the states in the Hindi belt have effective leadership, and the will to reform seems to be solidifying.

Over the last few days, Madhya Pradesh has announced agricultural marketing reforms, including changes to the Agriculture Produce Marketing Committee (APMC) laws which allow middlemen to walk off with the bulk of the productivity gains from farming. Now, farmers can sell their crops to any willing buyer even outside mandis.

Uttar Pradesh has decided that 46 fruits and vegetables will no longer need to be sold through APMCs; growers can sell them to any one, and private mandis can be set up to provide competition to the corruption-infested state mandis. The middleman’s ability to skim the cream will be reduced if this change is effectively implemented on the ground.

Labour reforms are also in the works in these two states.

Uttar Pradesh under Chief Minister Yogi Adityanath has just announced the most sweeping labour reforms ever attempted by any state, using the migrant labour influx crisis as the trigger. It has suspended all but three labour laws for three years, the exceptions being the Building and Other Construction Workers Act, the Bonded Labour Act, 1976, the Workmen Compensation Act, 1923, and one section (Section 5) of the Payment of Wages Act, 1936. A Mint news story says that “section 5 of the payment of wages act relates to the right to receive timely wages by employees.”

Madhya Pradesh, too, has promised significant labour reforms to absorb its surplus hordes, especially as Covid-19-affected industrial states have been shown to be less caring about migrant labour.

Other states had announced reforms earlier in the agriculture sector, including Maharashtra, and Rajasthan under previous chief minister Vasundhara Raje had initiated big-ticket labour reforms.

If these reforms are not derailed by motivated political opposition and/or trade union status-quoists, over the next decade India’s big growth drivers will be the erstwhile Bimaru states — broadly the Hindi-speaking belt plus Odisha.

India’s current gross domestic product (GDP) drivers are the southern states, Maharashtra, Gujarat and (the city state of) Delhi. Between them, they account for over 55 per cent of GDP.

While tech will continue to drive growth in the south (outside Kerala and Andhra Pradesh), and finance and manufacturing in Maharashtra and Gujarat, all these states are seeing a drop in demographics.

Their population growth is falling well below the 2.1 per cent total fertility rate (TFR) per woman that is necessary to maintain a stable population base. At a TFR of 2.1, new births just about replace deaths. Among the big growth states, only Gujarat has a TFR above 2.1 (2.2 per cent, but with a falling trajectory). The rest are all below two, which explains their dependence on migrant labour.

In contrast, the northern states have high TFRs, ranging from 3.3 per cent for Bihar to 3.1 per cent for Uttar Pradesh and between 2.5-2.8 per cent for the rest.

Currently, the five southern states have a collective GDP share of 29.69 per cent of the national total, which is roughly equal to the Hindi belt’s share of 29.1 per cent (UP, Bihar, Jharkhand, Madhya Pradesh, Chhattisgarh, Rajasthan, Uttarakhand, Haryana and Himachal Pradesh).

But one should also consider which states Covid-19 has laid low: 65 per cent of current Covid-19 cases are from the four most developed states — Maharashtra (32 per cent), Gujarat (12 per cent), Delhi (11 per cent), and Tamil Nadu (10 per cent). Their growth is under threat.

From all angles — demography, appetite for reform, and purposeful state leadership — the Hindi-belt states look set to seize the growth initiative and the push effect provided by the Covid-19 crisis. If things pan out, India’s future growth drive will partially shift from west and south to the north.

There are, however, some caveats to this prediction.

One, the agricultural and labour reforms must be consummated and implemented well on the ground, and not just be left on paper.

Two, the Hindi states must improve law and order. Without effective law and order, new businesses will just not find them attractive enough despite the reforms.

Under Yogi Adityanath, law and order seems to have improved in UP, but this has to be sustained. Under Shivraj Singh Chouhan, assuming he navigates the political uncertainties of running a government supported by defectors from the Congress party, the law and order situation should remain stable.

It is only in Bihar, Rajasthan and Chhattisgarh where questions remain, as Nitish Kumar seems to have lost his growth mojo over the last decade, and faces an election later this year.

Rajasthan under Ashok Gehlot is a pale shadow of its former stable self, as the Congress party is a house divided. Only Chhattisgarh under Bhupesh Baghel, Uttarakhand under TS Rawat, and Himachal under Jai Ram Thakur, seem stable enough politically to deliver growth and reforms. Jharkhand under coalition head Hemant Soren remains a question-mark.

One thing is clear: if the Hindi belt does not step up to the plate, Narendra Modi’s target of reaching a $5 trillion GDP by 2024-25 will be difficult, if not well nigh impossible.

It is time to be hopeful, but with fingers crossed.