How Data Management Can Fundamentally Transform Power Distribution In India 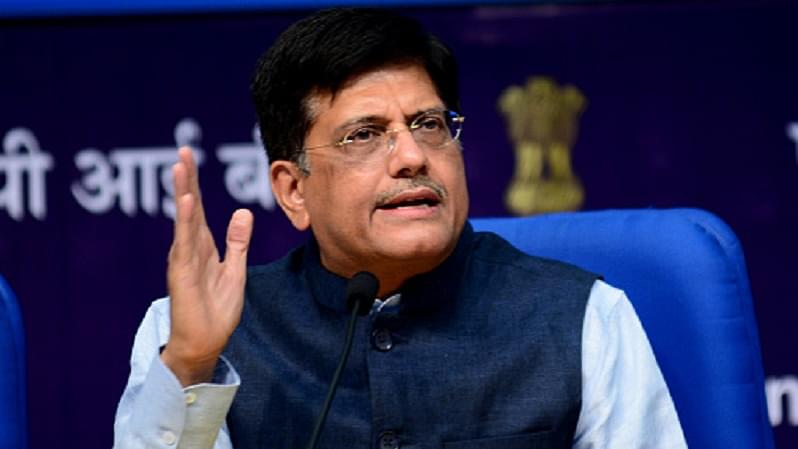 In the last couple of years, ‘digital transformation’ has been the singular priority of businesses world over. This transformation relies on a few vital ingredients—harnessing emerging technologies, using current and relevant data, reinventing business models, and creating an agile and responsive operating structure. While one hears of the success stories of such initiatives from the corporate sectors, the public sector is fast catching up with the times. Given the premium the Modi government has put on the use of technology for improving governance, it is now possible to take digital quantum leaps in India with the right focus and prioritisation.

One area which can fundamentally change with the proliferation and exploitation of data is power distribution. Swarajya has extensively covered the ongoing changes in the Indian power sector over the last couple of years. The centrepiece of the power sector shake-up is UDAY— Ujwal Discom Assurance Yojana, which has made significant strides since its launch in November 2015. This program has the potential to lead a data-driven transformation of the power distribution business in India if only all the pieces of the jigsaw fall into place.

Beyond the financial and operational gains, which the program is expected to bring to the state power distribution companies (discoms), a pet theme of Minister of State with Independent Charge for Power, Coal, New and Renewable Energy and Mines Mr. Piyush Goyal has been to use UDAY as an enabler to create better centre-state coordination. One aspect of this coordination is the periodic Power Ministers’ Conference, the most recent edition of which concluded in Goa in June 2016.

An interesting outcome of this conference was the states agreeing to submit their feeder-level data to the national power portal in the coming months. This data will be collected at the 11 kV feeder-level and made available for central use at periodic intervals. These 11kV feeders are the points in the distribution network from where the power is supplied to the end consumers. These are the last points in the power distribution infrastructure before the end connections are provided. Thus, monitoring the inflow and outflow of power at this level and matching this data to the money recovered from the consumers connected to a particular 11kV substation can help understand where power thefts occur, or collection efficiency is poor. That states are willing to part away with this granular data speaks volumes about the qualitative trust built on the centre-state relations, on the subject of power distribution.

UDAY will facilitate another significant development for distribution business in urban India—the proliferation of smart meters. Smart meters have been in use in the Western world for many years. These are devices which have twin functions of measuring the electricity consumption, and either storing or relaying useful information about consumption patterns to a common database. Different devices have varying levels of maturity of measurement as well as communication capability. The latter, of course, also depends on how good the ambient telecom network is or how well managed the in-device data storage is under a strenuous operating environment. As states move to install these smart meters— with UDAY providing price relief kicking in the economies of scale— it is just a matter of a few years before the consumption pattern data, and peak load requirements are mapped in urban centres.

With states also investing in separating agriculture and rural feeders using funds under the Deen Dayal Upadhyaya Gram Jyoti Yojana, data on power consumption patterns in rural parts of the country will also be available over time.

So what can be done with this feeder-level data? Assuming the Ministry of Power can invest in data storage, data security, data scientists and technology tools, the answer is encouraging— quite a lot! This aggregated data has the potential to solve several issues which have traditionally marred Indian power distribution.

The most important problem for discoms is the Aggregated Technical and Commercial losses (AT&C). The transmitted power is lost partly due to technical reasons over the power networks, but mostly because of thefts and people using illegal, unpaid-for hooks to divert available power to their homes and establishments. Some states lose as much as 50 percent of their power to these AT&C losses. Others have, over the years, brought down these thefts to the more acceptable 15 percent to 25 percent range, and have committed to make further improvements as outlined in UDAY MOUs they have signed.

If discoms knew not just where the AT&C losses are occurring but, more importantly, where the losses are likely to happen in future, it would help them take preventive measures in anticipation. The predictive information can be derived from marrying the abovementioned 11kV feeder data with the power of statistical algorithms in the analytics space. Analysing previous power usage patterns, creating hypotheses and understanding the relationship between theft (dependent variables) and events like marriages, festivals, ghettos of political clout and so on (influencing variables), can be a big boost to discoms.

The revenue collection efficiency of discoms has always been poor. These firms are almost never able to recoup the bills for the power they have already supplied. This is for a variety of reasons again—poor enforcement, limited capability to fight disputes, protracted legal battles and sheer lawlessness in several states among others. The relationship between feeder usage data, smart meter data and bills paid against specific connections can be tremendously useful in two ways.

Firstly, it can help discoms focus on the large ticket default cases other than predicting their occurrence in future.

Secondly, it can help discoms design custom pricing plans, incentivising early payment of bills to the worthy customers, and providing discounts to the honest while creating barriers for the potential defaulters. Of course, power pricing is carefully regulated by the state-level electricity regulatory commissions, but surely the regulators will provide flexibility if there was good data backing the need to do so?

Understanding the peaks and troughs on feeder level consumption data can help in improved transmission planning. It can also help discoms in buying the right amount of power for the right regions, creating fairly accurate near-term demand curves. They can enter spot power purchase contracts in anticipation of demand located with improved accuracy. This, in turn, can have a domino effect on better national grid management— improved power purchase contracts, improved matching of excess generation capacity to potential demand, reduced congestion on our overworked transmission networks, and a greater role for power exchanges for increased spot buying. Discoms can use improved demand curves to enter in short to medium term bilateral agreements, with producers employing renewable sources too.

The improved idea of consumption patterns can also be employed by discoms in better repair and maintenance of the distribution infrastructure. The discoms will know which substations and transformers to service, where to create greater redundancy, and where to allocate qualified workforce. Predictive data analysis can, thus, help change functions beyond the ones which face the end consumers. If all these ideas are implemented and a robust data analytics based framework is created for the discoms, it will have great operational impact. Improved cost coverage ratios, better demand forecasting, optimised supply linkages and enhanced internal operations for discoms can all make a long-term sustainable difference to this business.

So is all of this possible in India? A year back, no one would have imagined that increased transparency via apps like GARV, BEE Star Label, Vidyut Pravah, and URJA—Urban Jyoti Abhiyaan was possible. Power sector was comatose, lost in the backwaters area despite the immense impact on the nation’s economic fortunes and investment sentiment.

A lot of ground has been covered in the last year, and there is no reason to aim low. Under the leadership of Mr Goyal, the Ministry of Power has worked hard to solve a range of power value chain problems. This gives hope for realising the potential of an even tougher, transformational roadmap.

See also: ‘Smarter’ grids and why India needs them