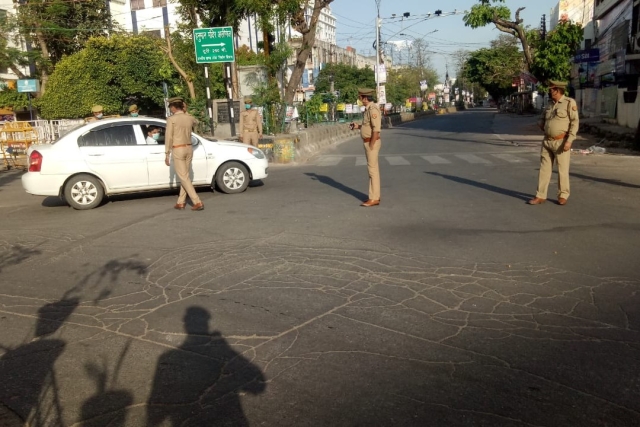 Satyavrata’s story is famous and not without reason.

Satyavrata does not ring a bell?

How about Trishanku? Does that blow a conch?

Why is Trishanku’s story so famous that his situation has become a common mention – Trishanku Swarga?

Trishanku did not want to give up his body but wanted to go to swarga (heaven) along with it. But this was against the rules.

He tried a clever-by-half way of achieving it but it turned out to be too clever for his own good. He ended up upside down in a place that wasn’t actual swarga.

This story is tremendously popular because it is excellent commentary on the human condition.

To reach place A, one has to give up the possibility of reaching places B, C and the other infinite potential places. This can be terrifying to many because one single path will always look less appealing than a plethora of potential paths.

But if someone tries to keep the cake and eat it too, life has its own way of teaching lessons.

It turns people upside down and puts them in a place of limbo where it’s a lose-lose situation.

Why is this piece speaking of Trishanku Swarga which is neither swarga nor upright? Because that is relevant to our current scenario.

Should we continue with the lockdown or not?

It is not an easy decision and a lot is at stake. The choices are not neatly delineated either. If we loosen the lockdown and seemingly rescue economic activity, it could affect the health of people.

If we say saving lives is more important and continue with the lockdown, it could affect the pockets of the people which in turn affects their life and health.

Which way do we go?

There are many in the ‘economic right wing’ section who want the lockdown lifted.

The argument here is that only a healthy economy can stand as a bulwark against any problem.

For a moment, even if we consider that a number of relief measures have been announced for the poor to cover them, where does that leave those who are not poor but are just above the line? Not only will they not get the money from the relief packages but will also lose savings and earning opportunities in the short term, and in the long term, if the economic growth slows down, they could lose their livelihoods too.

So, even a grounded economy could cost some lives. But the ones at the highest risk have already been extended a safety net for about 3 months.

Even as a non-economist, I understand that the economy is a very elaborate network of fragile linkages which very few understand and even fewer understand well enough to predict accurately.

So, once such a complex organism is affected, it is not clear what roadmap one can follow to resuscitate it. An extended lockdown runs this risk of taking us into uncharted economic territory.

But let us ask a simpler question – what drives the economy? The confidence of a number of people to produce something of value, be it goods or services.

Let us say there is no lockdown extension.

Even with the lockdown, we have seen that in a crisis whose fuel is its rapacity, a mere outlier is enough to reshape the complete trajectory of the disease.

At 6,000 plus cases and 200 plus deaths, there is already a pall of gloom over the common Indian’s confidence.

Imagine the confidence of India’s people, the key drivers of the economy, if India finds itself in a position like the USA with over 4.6 lakh cases and 16,000 deaths.

It can become far worse in India given the woeful public health infrastructure that has seen decades of neglect.

And what about highly skilled manpower? If we start losing doctors like some other countries, we cannot produce more doctors with an assembly line. It takes five to ten years to produce a competent doctor and perhaps a fewer number of years to produce a good health worker.

At that point, there would be very little apart from yet to be fully verified factors like the weather that could rescue us from hurtling into an abyss.

Then, even if the governments do not announce a lockdown, the people will hole themselves inside their homes.

This would be Trishanku zone – neither would lives have been saved nor the economy.

International precedents too have shown – in differing ways – that even more equipped countries that chose the ‘no full lockdown’ route such as Japan, Singapore, Sweden, USA, UK etc came around to the idea that a lockdown is essential.

With all due respect to its complexity, an economy is still made of people who are seeking to address their needs and wants, and are looking to service the needs and wants of others. This can and will surely be revived once survival issues are sorted out.

But if India starts clocking thousands of deaths, the dent on the national psyche cannot be healed easily. This will impact everything else, including the economy.

In both cases, we don’t know what lies on the other side and whether there is an other side at all.

But this is a leap that has to be taken. In Narendra Modi, we have someone who is a risk-taker and is also immensely popular. His popularity can save us from political instability.

A few hits to our pockets are something that we can recover from as a nation. On the economic front, there is a realistic possibility of this crisis leading to new opportunities if we emerge from this without a massive dent to our national confidence.