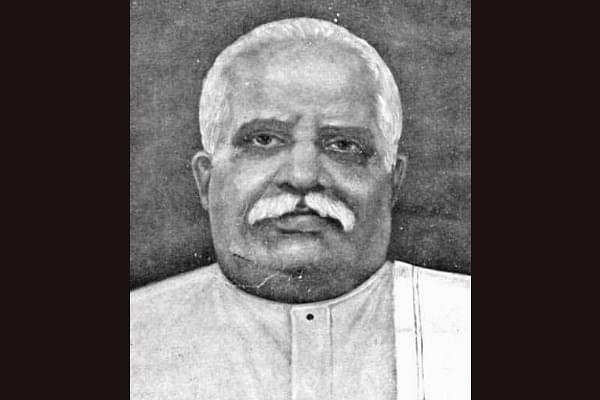 “ A Dalit boy who studies in my school should join public service and his car should move around on our village roads. When the dust that then rises touches my head, I shall consider my life worthwhile.”

These were the words of a man whose death anniversary he shares with the Father of our nation Mahatma Gandhi who considered him his guide and inspiration when it came to social reform and activism - Kudmul Ranga Rao.

These words etched on his memorial in Mangaluru are a glimpse into the life of a man who gave his all for the upliftment of the downtrodden. Born into a poor Gowda Saraswat Brahmin family in Kasaragod’s Kudmul, Rangarao envisioned empowerment of the backward classes through education and steered change in a society way back in the 1890s.

As he joined legal practice after quitting his job as a teacher, an incident involving a young Dalit boy who joined as an attender became a catalyst for the greatest social reform the region has witnessed.

He assisted a boy from the Dalit community get a job in the court as an attender. But the very day he joined, saw strong reactions from others who refused to touch the papers he did and work in the same premise as him. It is then that an English judge is said to have told him that change wouldn’t set in by getting one Dalit a job. ‘The entire community needs to be educated and empowered’. This thought brought home the realisation that laws alone weren’t enough.

Bearing the cost of being outcast from his community, ridiculed and reprimanded for standing up for the Dalits, even stoned at in public often by fellow ‘high caste’ kids, he saw education as the only tool of empowerment.

But since schools in those days wouldn’t admit children from lower castes as students, this ‘poor man’s lawyer’ quit his practice as an advocate and delved into social reform and started the Depressed Classes mission.

What started as a standalone school turned into the beginning of a whole revolution which saw him establish various schools across the southern coast of Karnataka. When teachers from higher castes refused to work there he ensured he trained youth from the backward communities who had been working elsewhere joined as teachers in his schools.

He not just built schools but also ensured children enrolled in them by going to Dalit homes, even incentivising edification with meals, and a token amount to the parents of the children. He was said to bathe and care for the children himself.

When financial crunches began to hurt his mission he wrote letters to learned men both Indian and English across the country to help him in his efforts. The books that would be sent to him by people from all over the nation were put together to build a library.

From skill training to Dalit youth, to ashrams for downtrodden women and widows, hostels for girls who came to Mangalore to study, building row houses for the Korah’s community, fighting against the Devadasi tradition.

When he championed for inter-caste marriages, someone is said to have mocked asking ‘why does he bother about other’s daughters? Why does he not marry his own to a man from another caste?”. To ensure he practiced what he preached, he got his own widowed daughter married to a man from another caste from far away Madras. This, as the tale goes is said to have inspired Mahatma Gandhiji who not only got his son married to C Rajagopalachari’s daughter, but also praised him aloud saying “I have discerned social loyalty from Kudmul Rangarao Ji. He is an inspiration and a guide for me. He is my teacher when it comes to the upliftment of the untouchables".

He is said to have taught the Gayatri mantra to children from backward classes in a Bhajana Mandirs he built for them in all the colonies where they would conduct prayers, imbibe Dharmic values.

In death too, as in life, he set an example. He willed it that his final rites be done only by those considered lowest even among the untouchables and thus it was done.

On his death anniversary today, which also happens to be the day Mahatma left his mortal coil, telling his tale of transforming a town like Mangaluru back in those times, is the least we can do.

Captain Brijesh Chowta is a former Indian Army Infantry officer who served in the Gorkha Rifles.