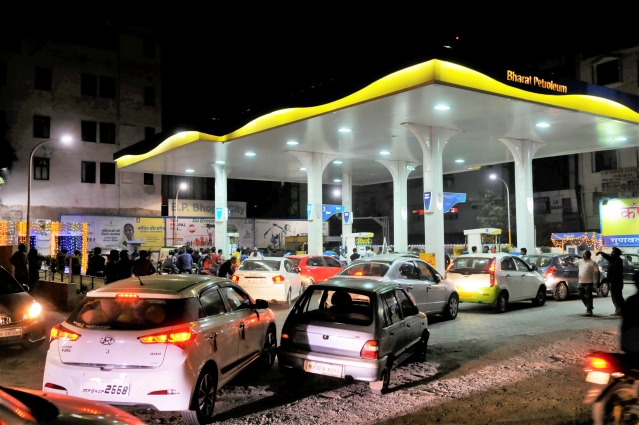 The steady rise in petrol and diesel prices with the petrol retail price crossing Rs 100 in some cities has put the spotlight again on a recurrent subject.

This beckons an attempt to marshal some relevant facts.

About 30 per cent of our total energy needs are met from crude petroleum (55 per cent from coal). The total primary energy consumption in the calendar year 2018 was 809.2 Mtoe excluding traditional biomass use. (1 MToE = 1163 crore units of electricity).

Domestic production of crude petroleum was only 32.2 MMT and we imported 227 MMT crude oil. That shows our heavy dependence on imported crude oil; almost 85 per cent of our requirement is imported.

To reduce this dependence, we are trying to increase domestic production and shift the energy mix to increase the share of electricity, especially from non-renewable sources.

We need to see how international supply of crude is organised and controlled.

Saudi Arabia, USA and Russia are the top three crude petroleum producing countries. Till 1970, USA used to be the largest producer. With discovery of shale oil and advances in drilling techniques, USA has re-emerged as a top crude producer in the last 10 years.

Global prices of crude are controlled by competition between USA, Russia and the 13-member Organization of the Petroleum Exporting Countries. OPEC members work as a cartel to fix quota of production and the common pricing formula to be followed by individual members.

Crude oil reached an all-time high of about $147 per barrel in July 2008. After the financial crisis in USA that spread pain far and wide, the crude price came down to around $114 per barrel in 2014.

Due to increased supply of shale oil from USA, crude oil prices crashed to as low as $27 in 2016. In September 2016, OPEC and Russia created an informal alliance dubbed OPEC+ and agreed to cooperate in managing the price by cutting production.

The average price could rose to around $75 per barrel by end of 2018. After a precipitous fall in the first quarter, the crude price has nearly doubled from $30 to $60 a barrel in the last eight months, (A barrel is about 159 litres).

Currently, record-high fuel prices in India are due to high rate of taxes as well as stiffening international crude oil prices after OPEC-plus decided to continue with supply curbs.

Crude prices have a history of intermittent wild swings. Governments try to insulate general consumers from the roller coaster ride.

Prior to 2002, all retail prices of petroleum products were regulated under a system called Administered Price Mechanism. The government used to fix a higher price for aviation turbine fuel and petrol and a lower price for diesel and kerosene (Product wise cross subsidy among various products obtained by refining the same barrel of crude petroleum).

Prices of Naptha another petroleum product used as feedstock in fertilizer plants were also fixed by the government. Low priced diesel and highly subsidised kerosene was used for adulteration or commercial purposes.

In 2002, the APM was scrapped and refineries were set ‘free’ to decide their prices except for Kerosene and LPG. But the prices get indirectly controlled by government through taxation.

So in Delhi, taxes account for about 60 per cent of retail sale price of petrol and 56 per cent of that of diesel.

Lower VAT on diesel was restored on 31 July. VAT is applied at dealer point price, not ex-factory price. So VAT becomes applicable on basic price plus central excise duty and cesses and deal commission!

Therefore, Delhi VAT on basic ex-factory petrol price works out to about 67 per cent.

State VAT varies from State to State and distance from nearest depot can add to differential transport cost. Hence, in some States, retail price recently crossed even Rs.100.

States also received 41 per cent of Excise Duties raised by the Centre.

To get a broader perspective on these high taxes on petroleum products, we need to see where they fit in in the government’s total taxation and spending.

Petroleum products' demand in the current year has been adversely affected by the Covid pandemic. Petrol demand in April 20-Jan 21 was 10 per cent less than that in April 19-Jan 20.

For diesel, it was 15 per cent less. Low demand means low government revenue from petroleum taxes.

So we can see that the government cannot afford to reduce the taxes for several reasons. Firstly, governments spend much more than the taxes they collect, by raising some non-tax revenues (interest/dividend lice fee etc.), disinvestment and borrowing from banks and general public etc.

Secondly, if petroleum taxes are reduced, there some other items that will have to suffer compensatory taxation, which means higher GST on non-POL products.

Thirdly, lower prices may encourage unnecessary/wasteful consumption which we would like to avoid because we are so import-dependent for crude oil.

So long as governments need taxes to sustain and increase spending, these have to be paid, directly or indirectly.

Another relevant factor is climate change.

World over, the climate change discussion is about clean and green energy, and reducing carbon footprint. The advent of OPEC had sent oil prices rocketing.

By 1980, a barrel costed $30, ten times the price in 1970. Consumers suffered, whereas oil producers reaped an enormous windfall. Yet, even during those heady early days, there were doubts.

Juan Pablo Pérez Alfonso, an OPEC founder, had complained in 1975: “I call petroleum the devil's excrement. It brings trouble...Look at this locura —waste, corruption, consumption, our public services falling apart. And debt, debt we shall have for years.”

As the world works to reduce dependence on petroleum, tectonic changes may be observed in international relations. Petroleum producing countries have realised this and are looking to work at alternative development models.

The ongoing programme of 10 per cent Ethanol blended petrol will help the farmers besides reducing carbon emissions (Ethanol blending with Petrol was 7 per cent during January 2021. Oil companies have to speed up work on blending projects. I am sure that enlightened climate change activists will create toolkits on how to celebrate high-carbon taxes on polluting fuels, which also help governments to undertake welfare programmes).