Sanskrit Education And Research In The IITs: An IITan’s Perspective 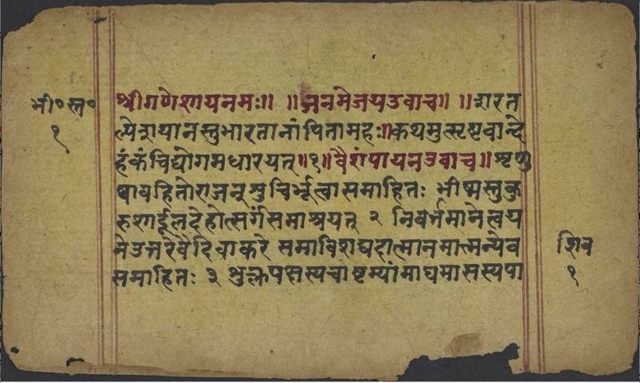 During the late 1960s, a highly ambitious government funded project was launched in China to find a new drug for treatment of several forms of malaria which were not treatable by quinine. Scientists all over the world had already tested over 240,000 compounds without any success. At this time, a 39-year-old Chinese woman Tu Youyou took a highly offbeat strategy. She started digging into traditional Chinese medicinal literature and documented the viable options.

Soon, the structure of the active compound was identified, and it was named artemesinin. Artemesinin is regarded as a wonder drug against malaria and has saved millions of lives since then, especially in the developing world. For her contribution, Tu Youyou was awarded the Nobel Prize in Medicine in 2015.

We Indians are always fascinated by such stories but ourselves fail to realize the underlying significance. We are proud of our Aryabhatta, Nagarjuna, Chanakya, Brahmagupta, Shushruta but how many of us actually know what they wrote or what they accomplished?

Had it not been the effort of the Arabs and Persians, much of their pioneering works would have faded into obscurity before 1st millennium CE. Sadly, this ignorance about our own heritage was not a recent trend. It is said that when Alexander the Great came to India, he was surprised by the fact that India in spite of being a great civilization had no properly recorded history.

It is to be stressed that the initiative by the ministry of human resources (MHRD) to introduce Sanskrit education in the IITs has nothing to do with the alleged saffronization of higher educational institutes. Sanskrit is the heritage and pride of Indians irrespective of ethnicity, caste or religion. Sanskrit is not just the language in which the religious texts were written, it was also the language of science in ancient India, as English is the language of science in the modern world.

MHRD does not propose Sanskrit as a compulsory subject in the IITs, rather as an optional subject in undergraduate curriculum. That means, there is nothing which is forced upon the IITans. Moreover, Sanskrit is a highly structured language. Its rigorous yet elegant nature is comparable to mathematics. So, it won’t be surprising to find IITans who are genuinely interested to learn Sanskrit. The prime objective of the MHRD is to set up Sanskrit Cells in the IITs, which can research on ancient Sanskrit texts in the light of modern science and technology.

“Decoding” traditional knowledge - why it is important

Vast literature of Atharvaveda, Vaisheshika Darshana, Arthashastra, Shushruta Samhita, and so on are yet to be tested in the light of modern science. Who knows what knowledge is hidden there? It doesn’t hurt to run a traditional Ayurvedic concoction through an HPLC-MS/MS. There could be a new remedy for cancer hiding somewhere there. Taxol (paclitaxel) - one of the most widely used anti-cancer drugs, quinine - highly used anti-malarial drugs, came into use in modern medicine thanks to traditional knowledge.

Yoga has become a global phenomena and it is not just limited to the realms of alternative therapies. It has drawn the attention of mainstream scientists, especially neuroscientists and psychologists to better understand the scientific basis of the ever-enigmatic “body-mind problem” and also its applicability to deal with challenging disorders like ADHD and PTSD.

Unless the knowledge is tested, it is extremely foolish to brand them outrightly as trash. In this context, an important caveat needs to be pointed out. It should not be expected that these ancient texts will contain the useful information in a “ready to use” recipe form. Probably, they won’t be in the form of mathematical formulas or chemical equations or scientific names as we know in modern world. Also, not everything is expected to have a scientific basis. That is why, specialized effort is needed to “decode” the useful information and discard the rest.

Lack of traditional knowledge also makes our “national treasures” vulnerable to “stealing” by international parties. The legal fight between Indian and US organizations over the latter’s patenting on the usages of turmeric and neem have caught considerable media attention in the recent times. Finally, what came to our rescue? It was the evidences from ancient Sanskrit texts that pointed out that these products have been in use for millennia.

To sum up, introduction of Sanskrit education and research is expected to serve the following purposes:

Sadly, many “educated” Indians regard this initiative of MHRD as useless, retrograde and communal and even consider study of ancient Sanskrit texts in the same line as practising mumbo-jumbo.