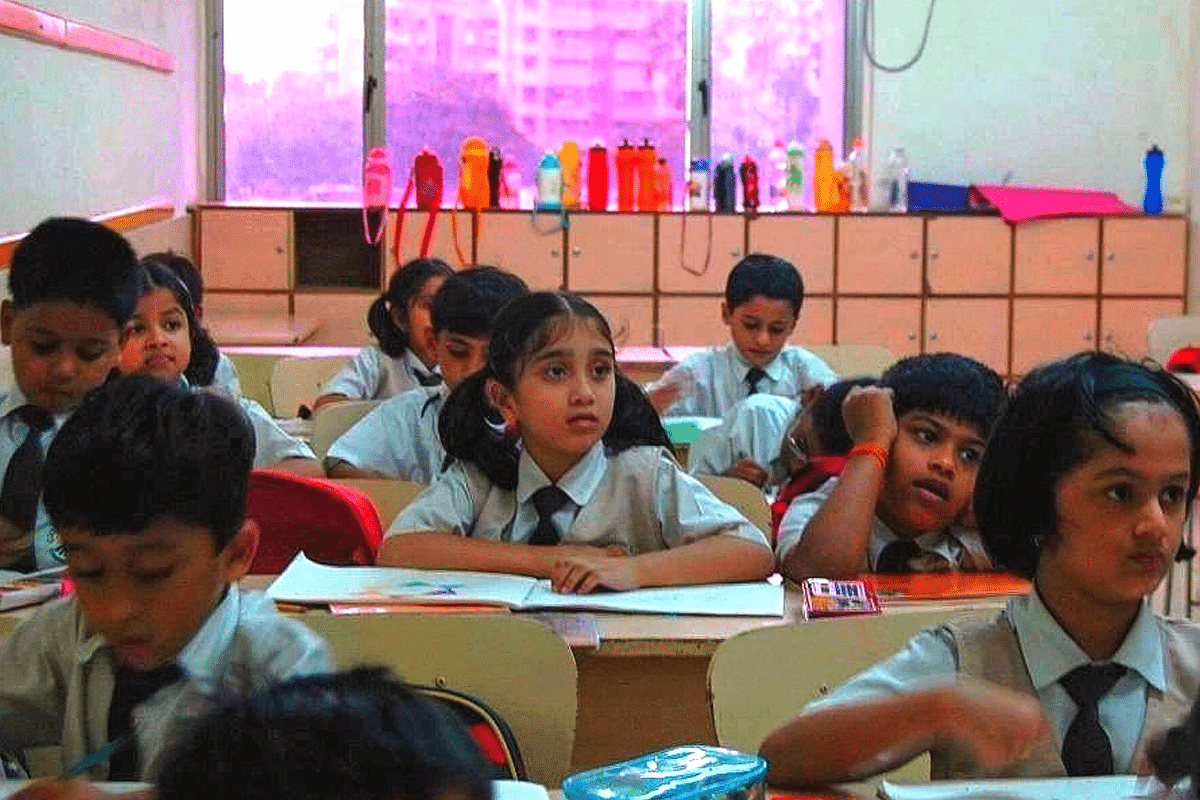 As per 2019-20 U-DISE (Unified District Information System for Education), a database about schools in India, we have over 15 lakh schools enrolling 26 crore students throughout the country.

For decades, the big challenge before the state was to bring more and more students to schools so that they receive at least basic education. Successful government programs like 'Sarva Siksha Abhiyan' did wonders, and the enrolment in the six to ten year age group increased to 96 per cent in 2010, as 2018 Annual Status of Education Report (ASER) revealed.

Unfortunately, the increased quantity and proportion of students in schools didn’t translate into any subsequent improvement in quality of the education offered. As per ASER 2019, over 60 per cent Grade I students struggle to do an oral word problem involving 1-digit addition, only half of the kids in Grade III can read Grade I level text.

These findings were corroborated by the National Achievement Survey (NAS), which showed that average scores across several classes and subjects are as low as 40-50 per cent. Covid-19 has only worsened matters. As if school closures, distance learning and lack of gadgets to even attend classes wasn’t bad enough, shifting of students from budget private schools to government schools has also been reported as parents lost jobs or saw their incomes reduced.

Niti Aayog has come up with a report ‘Systematic Transformation of School Education - The SATH-E Experience’ to address the challenge of lack of quality education at the school level. It has been working in partnership with some states and has identified key fundamental challenges and proposed solutions based on successful pilots that have worked in the states.

The proposed theory of change is based on three principles:

First, fix the basic components that are preventing other interventions from succeeding. The report recognises that the ‘education system suffers from (i) sub-optimal delivery structures (e.g., sub-scale schools, large scale teacher vacancies), and (ii) weak organisation structures, governance, and limited accountability (e.g., poorly defined organisational structure, ineffective systems, process and accountability)’ and unless these are not addressed, we can’t hope to meaningfully bring change in academic programs or in-school innovations.

Second, the above agenda of fixing the basic needs to go in parallel with in-school interventions that directly address student learning and these efforts need to be sustained for at least three to five years to yield results.

Third, interventions must be designed as per the needs and constraints of the state, led from within the state and scaled right from the get go (rather than remain mere pilot programs), and this is possible when there is significant political will to execute the reforms.

Based on these, the Aayog’s report lists various interventions under five pillars:

Niti Aayog’s report lists various successes at the state level for different interventions listed above under the five pillars.

For instance, take the Competency Framework under the pillar of ‘Focus on academic reforms’. In 2017, the National Council of Educational Research and Training (NCERT) had released a detailed class-wise (for Classes I-VIII), subject-wise (for English, Mathematics, Hindi, EVS, Science and Social Studies) list of actionable learning outcomes along with suggested pedagogical processes - all summed up in charts that can be pasted in classrooms.

Himachal Pradesh termed it ’Seekhne ke Pratiphal’ and put up the charts in 80-85 per cent of classrooms across more than 15,000 schools in the state. Its usefulness can be summed up from the fact that 97 per cent of the teachers surveyed (400 in number) were aware of the chart and 79 per cent gave rating of four or more out of five for usefulness.

Madhya Pradesh introduced 'Dakshata Unnayan' program based on same Competency Framework, but this was for remediation only. Every chapter of the remedial student workbooks was linked to the learning outcome to be attained which in turn was linked to the NCERT’s learning outcomes framework which allowed teachers to record whether the child has attained the required competency after the remediation program or not.

Under assessment reforms (pillar #1, intervention #2), Jharkhand showed the way by launching 'Spot Testing' where the learning levels of three randomly selected students from every school during school inspections are tested in Hindi, Maths, and English for foundational literacy and numeracy.

Almost five per cent of the students in the state are tested this way which provides real-time data tracking of competency on the ground. The data can give insights from district and block levels and quickly identify impact of any successful interventions that can then be scaled.

In Andhra Pradesh, there was no centralised state-level assessments till 2016, but then the state set up a 14-member Assessment Cell to conduct standardised, quality assessments at the state level. Questions are now mapped to academic standards, a broader categorisation than learning outcomes.

In Jharkhand, learning outcomes were lower than the national average, as shown by NAS. In 2018, it launched 'Gyan Setu', the state’s flagship Learning Enhancement Program based on building foundational literacy and numeracy skills. As a result, between October 2018 to March 2019, Gyan Setu led to a 12 per cent improvement across most competencies. Similar programs launched in Odisha and Madhya Pradesh have also seen improvement in learning levels.

Under pillar #2, intervention #1, Rajasthan is a good example where school optimisation happened. More than 14,000 schools were consolidated to form more than 9,800 Adarsh Schools with one school in every Gram Panchayat and each conduct Classes I-X/XII under one roof. This meant that limited resources were utilised more appropriately rather than being scattered.

In Jharkhand’s Khunti district, local administration merged seven schools into one and created a larger, well-staffed school with 40+ teachers. The students still gather at their erstwhile merged schools and are brought to new host school via bus. Over 4,500 schools were reorganised in the state like this.

The Shala Darpan portal of Rajasthan is a good example of intervention #2 under pillar #2, where a database of over 86 lakh students from Classes I to XII and more than 3.5 lakh teachers across more than 65,000 public schools has been created.

And ‘it is being used to assess demand for textbooks, monitor disbursement of cycles and transport vouchers, using real-time information, track implementation of schemes, streamline top-down communication and monitor academic performance of all students, activities that were previously performed by teachers’. All critical HR processes are also executed through the portal.

Under pillar #2, intervention #3, Odisha has shown the way. It separated administrative and academic functions in the education department, extended the department to include higher secondary and vocational education and ended up combining 16 Directorates into 11 ‘leading to a streamlined and more efficient administrative structure’.

Under pillar #4, Odisha has set a good example in ensuring more accountability through an app-based school monitoring system, with block and district level reviews where best performing schools in terms of learning outcomes are recognised and rewarded. Over 6,000 schools were rewarded for improving performance on key learning outcomes, the report says.

Under pillar #5, intervention #2, Haryana’s success is noteworthy. In its 'Saksham Ghoshna' campaign, blocks were assessed through an independent third-party to ascertain if 80 per cent or more students were at grade-level competency. Saksham blocks were felicitated. This helped encourage districts and blocks to improve their performance. After seven rounds of assessment, 94 of 119 blocks in the state have been declared Saksham.

What’s interesting about these 11 interventions under five pillars is that they have already found their way as recommendations into the National Education Policy, which means that the union government had put in place a mechanism few years ago to get the right idea about what works and what doesn’t on the ground. This shows that the NEP was not just an academic and policy exercise, but a task carried out with sincereness.

One hopes that other states learn from the successes and also adapt some of the solutions that are reaping good rewards for specific states. As the report states, the political will be required if these reforms have to be implemented faithfully.