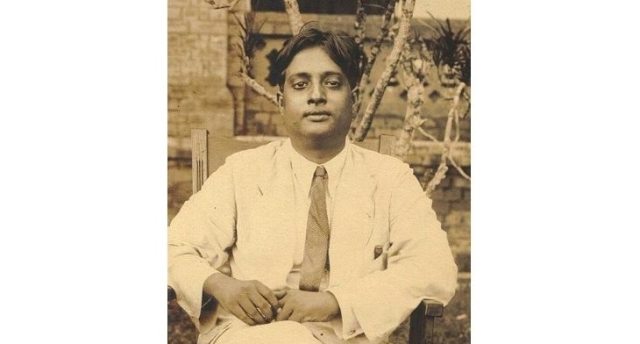 A lot has been, and will be, written about the scientific achievements of Satyendra Nath Bose, whose 125th birth anniversary celebration was inaugurated by Prime Minister Narendra Modi today. Bose, after whom the ‘God particle’ – Boson – has been named, is undoubtedly one of the greatest physicists of the world.

But what is not really very well known is that Bose was an ardent nationalist, a devout Hindu, a swadeshi at heart and perhaps the earliest proponent of ‘make in India’. These traits of Bose are well documented, but have generally been ignored by post-Independence chroniclers who are mostly leftists.

Bose was a staunch nationalist, even though his support for the nationalist cause was never overt. But many of his contemporaries like Meghnad Saha, Nikhilranjan Bose, J C Ghosh, J N Mukherjee and Girijapathi Bhattacharya – all of them also became renowned scientists – as well as students have written extensively about Bose’s strong support to the Independence movement. But Bose also believed very firmly that an independent India would have to be embrace science and technology in order to advance.

Bose was, thus, an ardent advocate of teaching of science from the primary school level, setting up institutions dedicated to the pursuit of the sciences and for research and development centres. But he differed significantly from Jawaharlal Nehru in this; while Nehru too advocated the inculcation of a scientific temperament among Indians, he wanted Western scientific education. But Bose did not believe in aping the West and felt that India’s ancient scientific achievements and temperament should form the basis of modern science education in India. Bose took immense pride in India’s past scientific achievements and advances; Nehru did not.

Bose was a student when the Swadeshi movement swept through Bengal. From contemporary accounts, he was greatly influenced by it. He was also deeply influenced by nationalists like Jagadish Chandra Bose, Sarada Prasanna Das, and Prafulla Chandra Ray who were his teachers in college. Thus, when he became a teacher – first at Dhaka University and then at Calcutta University – he insisted that his students design their own equipment using local materials and technicians. Photographs and diagrams of many laboratory and research equipment Bose, and his students, designed and built themselves can be found in the Calcutta University archives. He was strictly against importing scientific equipment from the West when the same could be made locally. He was, thus, perhaps the earliest proponent of ‘Make in India’.

Bose was also a leading advocate for education in mother tongue. He ardently believed that if science subjects are to be understood and mastered by the lay student, they have to be taught in the mother tongue. He founded the ‘Bangiya Bigyan Parishad’ for propagation of science education in Calcutta in 1948. Right from its inception, the parishad has been bringing out a popular periodical – Gyan o Bigyan – that Bose actively promoted.

Bose wrote many books in Bengali and as a professor in Calcutta University, taught physics at the postgraduate level in Bengali. He believed that, similarly, science education in Madras (now the state of Tamil Nadu) ought to be in Tamil and Punjabi in Punjab. He wrote many articles in this regard and spoke about promoting mother tongue as the medium of instruction during his stint in the Rajya Sabha from 1952 to 1958. Bose translated many advanced scientific papers into Bengali.

Bose was, again unlike Nehru, a proponent of Sanskrit. In fact, he was a polyglot and fluent in, besides English, Bengali and Sanskrit, in French and German as well. Sanskrit, he confessed many times, remained his favourite language and the “philosophical depth as well as the scientific moorings of Sanskrit” were “amazing” to him. He could also play the esraji and was proud of his Indian identity.

Another significant aspect about Bose was his belief in interdisciplinary studies. He himself conducted deep studies in biotechnology, chemistry, zoology, anthropology and engineering and advocated the interdisciplinary teaching of science. He was also known for his advocacy of a grounding in humanities, especially Indian literature and philosophy, along with science for students.

Bose was a devout Hindu and performed puja at his home every day. He always carried a couple of statuettes of his deities everywhere he went. He went on pilgrimages regularly and described himself very proudly as a ‘god-loving Hindu’. He was, thus, totally contrary to the typical portrayal of a scientist as an atheist and Westernised elite.