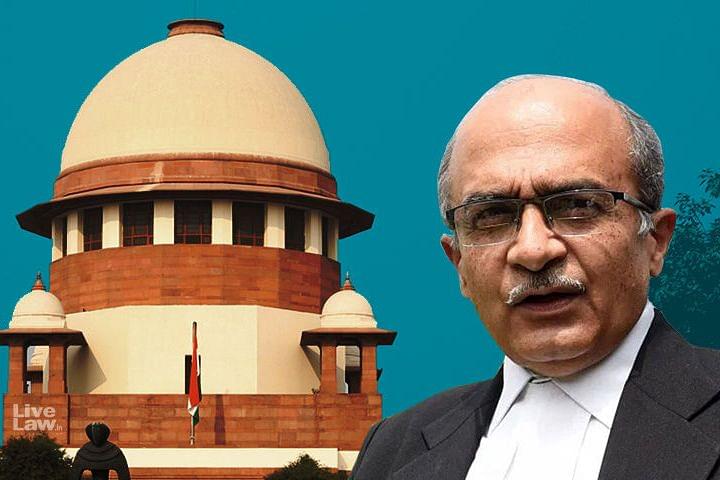 The Supreme Court is doing the right thing by deciding to hear the contempt of court case against senior counsel Prashant Bhushan, who said in 2010 that half of the 16 previous Chief Justices of India (CJIs) were “corrupt”. In a single-line statement, a three-judge bench headed by Justice Arun Mishra said that before deciding whether statements about corruption amount to contempt of court, the matter would at least need to be heard.

Two seemingly contradictory points need to be made here: one, the higher courts must indeed have the power to punish people who are trying to undermine the legitimacy of the judiciary by holding and spreading contemptuous views about it without offering a shred of evidence to support their views.

Two, this power, given under articles 129 and 215 of the Constitution, to the Supreme Court and the High Courts, needs to be defined more precisely and limited to genuine and extraordinary cases of contempt, and not just the occasional rant of a lawyer or ordinary people.

The Bhushan case needs to heard and a verdict given because Bhushan has given no apology for his statement made to Tehelka on judicial corruption in 2009.

In a recent statement, Bhushan changed the goalposts by redefining the word “corruption” conveniently. He claimed he had used the word “corruption in a wide sense, meaning lack of propriety. I did not mean only financial corruption or deriving any pecuniary advantage. If what I have said caused hurt to any of them (the eight former CJIs) or their families in any way, I regret the same.”

Clearly, this is no apology, for “regret” is a neutral word not equivalent to contrition and seeking forgiveness. One can regret many things and they may not mean an apology. One can regret how one misspent one’s youth, or wasted good money, or made mistakes not amounting to any deliberate intent to cause harm.

But Bhushan has been a serial offender here, and has repeatedly accused the Supreme Court of not doing its job of standing up to the government. This, in itself, may not amount to contempt, but his views flow from the fact that most of the cases he filed were not accepted by the court as legitimate. He has said that if his statements were deemed to be contempt, it would amount to a limitation on free speech.

There are two problems with this claim.

One, the Supreme Court’s job is not just to weigh in against the government, but all powerful lobbies, including minority groups with special rights and powerful lawyers who can file endless PILs in the name of helping the ordinary man on the street.

The Supreme Court also needs to stand up to the judicial elite, who include Bhushan and other powerful lawyers like Kapil Sibal, Abhishek Manu Singhvi, et al.

Justice J Chelameswar, one of the four judges who addressed an unprecedented press conference in January 2018 claiming that the then Chief Justice Dipak Misra was being arbitrary in allotting benches to hear cases, said in an interview to the media that he was equally worried about the power of “Rs 1 crore lawyers”. He did not elaborate on this, but one presumes he meant pressure from high-cost lawyers.

There is also another issue at stake here. If powerful lawyers like Bhushan can claim that judges are corrupt and get away with it, it means they have the power to intimidate the judiciary. This power may not be contempt of court, but weakens its ability to deliver justice without fear or favour.

The hearings in the Bhushan contempt case should aim to establish three things:

One, clarify what constitutes contempt and what is merely criticism.

Two, establish rules on how corruption charges against the judiciary, when made, should be handled. There should be a procedure for it beyond asking Parliament to look into it and removing corrupt judges. Judicial accountability cannot ultimately be about making the issue political. Maybe Parliament needs to speed up a judicial accountability law, drawn up after confabulations with the Chief Justice. The bench could actually ask Parliament to get this job done.

Three, if a corruption charge is unsubstantiated, there should be penalties imposed on those who make such allegations. At the very least, there should be a judicial censure if not a jail term. Bhushan certainly seems to deserve a censure.