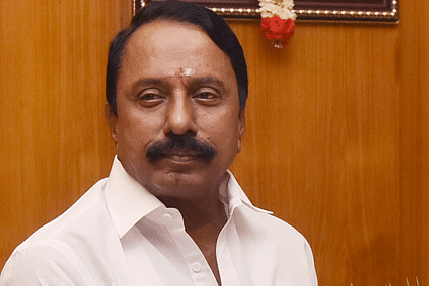 A month-and-a-half ago, the Tamil Nadu education department launched a revamped curriculum and syllabus for school students in the state. New syllabus and textbooks have been introduced for Class I, Class VI, Class IX and Class XI from this academic year. The syllabus for other classes will be revamped and upgraded next year.

One of the new features of the reforms in education, syllabus and curriculum, introduced after 14 years, is that the content of the textbooks will be uploaded with video lessons in a mobile-compatible website. This is now being seen as a pioneering effort as no other state or the Central Board of Secondary Education (CBSE) has done this thus far.

The reforms that have been launched in Tamil Nadu’s education sector, which is termed as tablet-based, will now equip the students to confidently face any competitive exams conducted anywhere in the country, particularly the National Eligibility-cum-Entrance Test (NEET) for medical seats, or similar ones. Until now, the state syllabus was pointed out as a disadvantage for the students to write competitive exams as it was seen as no match for the CBSE curriculum. All that is set to change now, with the new syllabus and curriculum.

“So far, we have seen nothing like this new syllabus. The lessons carry quick response (QR) code that will help students to see the related videos. The curriculum has been refreshed in such a way that a ninth standard student can now learn what I studied in my post-graduation course,” says Tamil Nadu Teachers Association president P K Ilamaran.

“The impact of the new textbook will be seen soon. The new textbooks will give confidence to the student community to face any competitive exam. It is prepared to train students for all examinations,” says S Vinoth Kumar, a teacher and a key member of the Tamil Nadu Youth Thinkers Forum. The syllabus is on a par with those of National Council of Educational Research and Training (NCERT) books, and a step ahead with the QR code usage.

“The (QR code) technology is used in the new textbook to create interest in the subjects. If handled correctly, it could have a greater impact on the student community,” says Kumar.

“The reform is unique through introduction of tablet-based learning and also involves non-governmental organisations as partners,” says Merlia Shaukath, chief executive officer and founder of Madhi Foundation that works with government elementary schools in Tamil Nadu.

Explaining the change, Ilamaran says that earlier when a student was asked to write about his place, all the 40-odd students in a class, for example in Chennai, would write about the same place. But now, each student would be writing differently about his place.

“Earlier, students depended on book bank questions. Now, that has been done away with. Questions will be asked from the book and it is essential that the students read the textbooks thoroughly. Memorising, which has been a bane of Tamil Nadu students, will no more work. This will help the students in states to face competitive exams without any fear,” says Ilamaran.

More importantly, content-based textbook has now became concept-based. The old myth of “textbook is Gita, Bible and Quran” is slowly changing and the book is now an appetiser, says Kumar.

It is now possible for teachers to take classes for students with an Android phone. “No other state has such a facility,” says Ilamaran, adding that other states have smart classes but not the mobile facility. “Today, even a five-year-old child can operate an Android phone. The changed syllabus will make all students tech savvy,” he adds.

In order to ensure that students benefit from the reforms, the government has made workshops and training part and parcel of the education system.

“Training for teachers to teach students from the new syllabus and training for DEOs on administration reforms are some of good initiatives the government has taken,” says Kumar.

According to Ilamaran, the state government has set up 402 centres that will train students for competitive exams to take the reforms forward. Each educational district will have at least four such centres.

One reason why the state has been able to go forward with its reforms is the free hand given by Education Minister K A Sengottaiyan. “The minister never interfered with the functioning of the officials. He gave total freedom to carry out the reforms,” the Tamil Nadu Teachers Association president said.

Kumar says he was told that Sengottaiyan encouraged state-level directors in the education department to go for the reforms, besides giving them full support and freedom. “He is also addressing the state-level training workshops,” he adds.

Ilamaran says the reforms will see education standards in Tamil Nadu better CBSE. “So far, we have not implemented the question pattern of CBSE. Had this happened earlier, it would have helped all,’ he says.

Kumar, however, is cautious. “If the new textbook and training are properly handled, there is a better chance for it (to be at par with CBSE). The need of the hour is change in the aptitude of teachers to adapt to the changes,” he says.

Though it is too early to say if the reforms are bringing about any changes, Kumar says one sea change is that students have begun using QR code.

Shaukath says it is too early to pass a judgement. “There is some positive response from the teachers with respect to the simplified pedagogy,” she says.

On the other hand, Ilamaran says the state can expect dividends of the change from 2020 onwards. “Next year, too, the reforms may not help students writing NEET,” he says.

Experts in the field of education do have a word of caution on the reforms launched by Tamil Nadu. Shaukath says the reforms are resource intensive. “If the quality of training isn’t at par with the quality of content, then all efforts would be in vain,” she says.

“Reforms should be implemented in phases,” says Kumar, adding that Rome wasn’t built in a day. “One of the drawbacks of the reforms is that the government is expecting immediate results. Reforms on the academic side should be followed by reforms in management and administration. There are many flaws in administration of schools. These should be set right to get the best results,” says Kumar.

Explaining his views, the youth thinkers forum leader says in some schools the headmaster is given more administrative work than academic work. “They (headmasters) are managers of school rather than academicians. So, changes in a single direction will result in a growth that is not uniform,” Kumar adds.

Ilamaran says teachers need to be trained well ahead of the start of the academic year. Besides, infrastructure in government schools need to be improved. “Good syllabus, good teachers and good infrastructure are the key to reforms yielding results,” he says, adding that teachers should be given independence from just sticking to teaching children from the syllabus. “It will help to enrich students knowledge. It is better than to stick to notes of lessons. Importantly, the government should expect results from students and not teachers,” he cautions.