The Nobel Prize: Why It Is Not The Only Yardstick Of Eminence 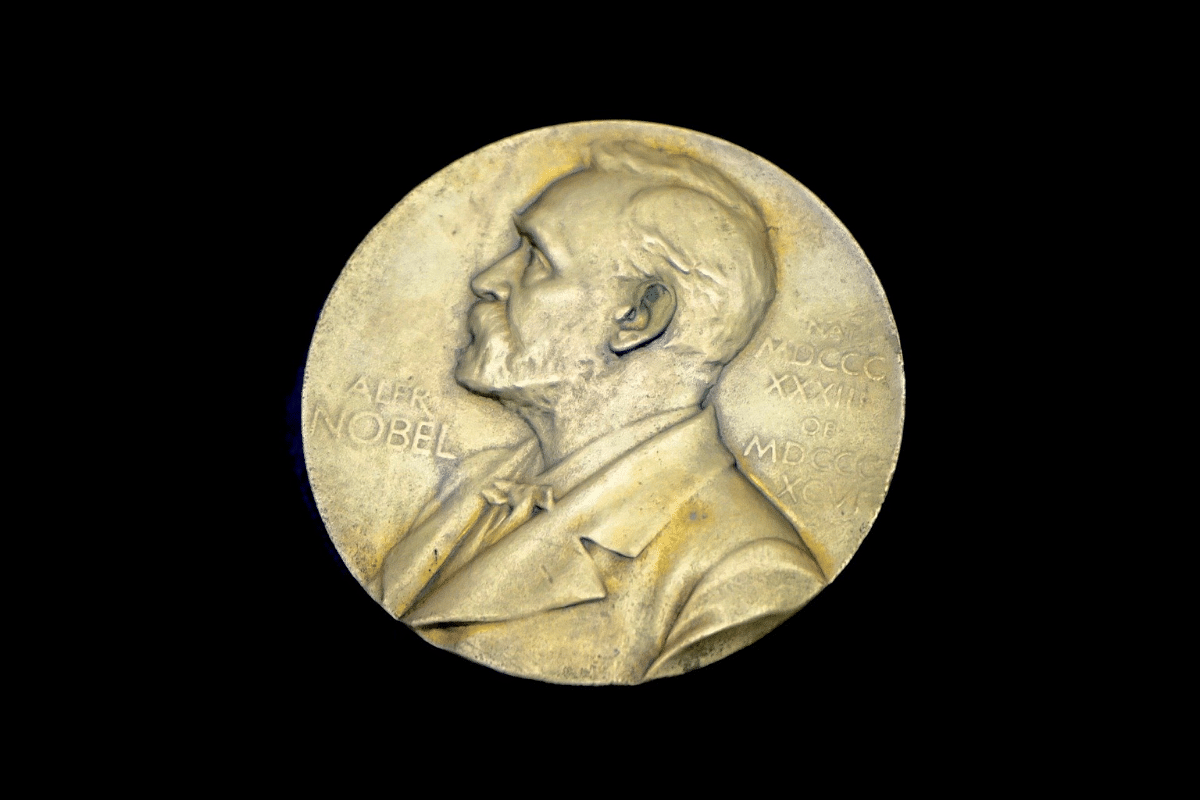 There is a general misconception among many sections of people that the true measure of success or index of achievement of the work of a scientist is winning the Nobel Prize (I am confining the discussion to the science prizes except in three cases).

No doubt, every winner of the Nobel Prize in the scientific disciplines has received it in recognition of his outstanding contribution in some field. But, contrary to popular notion, the reverse is not true — the mere fact that a particular scientist has not won a Nobel Prize does not mean that his contribution to science is not significant.

If, however, the mass of the white dwarf star exceeds the ‘Chandrasekhar limit’ it will end its life, in the most violent of explosions called a supernova.

While scientists in general had acknowledged the significance of this discovery, quite a large number of people would not have been too willing to regard him in the same class as his own uncle and Nobel laureate, the late C V Raman.

Yet no one can deny that in this particular instance, the prize was in fact long overdue and when it was finally awarded, in 1983, it was felt that the award was well-deserved. But even if the prize had not been given, Chandrasekhar would have been regarded as one of the greatest astrophysicists.

In order to analyse the controversies in respect of the choice of the winners of the prize, a few issues have to be examined. This has assumed added significance because of the proliferation of a large number of similar prizes, which are being awarded for scientific excellence but whose significance is not recognised outside the scientific world. In fact, very few people have even heard about them.

On the other hand, when you come to the Nobel prizes, it would take great effort on anybody’s part not to hear about them.

This is because the prizes automatically receive ‘front page’ treatment in all the newspapers all over the world and ‘prime time’ announcement in all the television networks throughout the globe. The recipients become international celebrities overnight.

The Nobel awards are also older than most of the other prizes having been instituted in the beginning of the last century. Each prize is now valued at an astronomical figure of $935,366.

The Fields medal, given to the most distinguished mathematicians, carries just $15,000, but it is considered equivalent to the Nobel Prize. It is given to three or four mathematicians, under the age of 40, once every four years. Israel’s annual Wolf prize (given for medicine , mathematics, literature, physics , chemistry and agriculture) is accompanied by an award of only $100,000 each.

General Motors gives only $250,000 prizes annually for the most distinguished work in cancer research.

Although these three prizes are as prestigious as the Nobel Prize, the general public lacks awareness of their significance.

The Nobel Prize is no doubt, still regarded by a majority of people all over the world as the ultimate stamp of scientific and intellectual achievement. But it is beginning to be felt in some circles that the prizes mistakenly honour only individuals in an era of complex teamwork.

The prestigious British scientific journal Na­ture” in one of its editorials, criticised the prize as an outdated award system generating avoidable jealousy.

Similarly in America also, the New York Times published a letter from a fictitious scientist spurning the coveted award on the ground that it robbed his fellow researchers of their legitimate share of glory and distorted the true pattern of achievement in his field.

Israel’s Wolf Prize for Physics was awarded to Kenneth G Wilson (mentioned above) Michael Fisher of Cornell university, and Leo Cadanoff of the University of Chicago, for deriving an equation that explains the critical point at which matter changes from one phase to another, for example, water to steam.

However, in the year 1982, the Nobel Prize in recognition of the very same work was awarded only to Wilson. He immediately expressed his displeasure because he felt that his colleagues, who equally deserved the award, had not been recognised by the Nobel prize committee.

When the Nobel Prize in Physics for 2017 was awarded to Kip Thorne and two others for work leading to the detection of gravitational waves, Thorne himself opined that the prize ought to have been also given to a number of other scientists who had worked along with him.

The work of Rosalind Franklin who gave vital X-Ray data also ought to have been recognised by the Nobel committee when the prize was awarded to Crick, Watson and Wilkins in 1962, for elucidation of the structure of the DNA, in 1953.

The Nobel committee’s rationalisation that the prize could not have been awarded posthumously to her (she died in 1958 of cancer) as the prize was given to the others only in 1962 was not exactly convincing (it was only in 1974 that the rule that the prize cannot be awarded posthumously, unless death has occurred after the announcement of the prize was introduced). Anyway if the prize had been awarded before 1958, she would also have been a recipient. It was the committee’s delay in recognising the greatest discovery in biology in the twentieth century that deprived Rosalind Franklin of the prize!

This is indeed tragic, because half of the Nobel Prize this year was awarded to Roger Penrose for his work on Black Holes. Now Penrose is a mathematician not a physicist. Secondly, most of his work on Black Holes was done in collaboration with Hawking. If the prize had been given to both of them in 2018 itself, and not to Penrose alone now, it would have enhanced the prestige attached to the prize.

It is puzzling why some scientists who made outstanding contribution to science were not recognised. I shall mention a few — Fred Hoyle, formulator of Stellar nucleosynthesis, George Gamow, early advocate and developer of the Big Bang Theory, Meghnath Saha, known for his development of the Saha Ionisation equation, used to describe the chemical and physical conditions in stars, Satyendranath Bose, known for his work in quantum mechanics providing the foundation for Bose-Einstein statistics, and George Sudarshan for his work on optical coherence.

The Nobel committee can never explain why it gave the prize to Einstein for photoelectric effect and not for his discovery of ‘relativity’, the greatest triumph of physics in the twentieth century.

How can the committee ever justify having ignored Gandhi and subsequently giving the prize to San Suu Kyi while under arrest, Yasir Arafat and even Henry Kissinger of all persons!

Coming to literature, Count Leo Tolstoy regarded as one of the greatest authors of all time, who wrote War and Peace and Anna Karenina and who was venerated by famous authors like Fyodor Dostoevsky, James Joyce, Vladimir Nabokov and Matthew Arnold, was not given the prize. So also the work of eminent author Virginia Woolf, who died only in 1910 at the age of 82 of pneumonia, was not recognised.

Sometimes there is abnormal delay in recognising work of great significance. The belated recognition of Chandrasekhar in 1983 for work done about 50 years earlier and the abnormal delay in giving the prize in 2013 to Higgs who had predicted the existence of the Higgs Boson in 1965 are two glaring examples.

Only the Nobel Prize, has been singled out for criti­cism, obviously because of the unique glamour and prestige attached to it.

A search for the cause takes us back to the obscurity of all those other prizes contrasted with the glare of international publicity that the Nobel Prize receives the world over. The Nobel prize ceremony function held each year at Stockholm comes with the pomp and pageantry of royal grandeur.

It is unmatched in splendor and glamour. It is characterised by so much fun and gaiety that, it would seem that for a few hours, the entire world suspends all other work, just to witness the dazzling spectacle. The prize winners in a sense receive the same attention as some of the victorious knights in the medieval days of chivalry.

The question now arises as to whether Sweden should stop awarding the Nobel prizes, having regard to the above factors and considerations. The answer is that there is absolutely no reason to do so. First of all, to the Swedish people themselves the tradition associated with the prize is a great source of national pride and world attention.

Secondly, the occasion gives them an opportunity to honour once every year, people engaged in highly intellectual pursuits.

However, what can be accomplished is to reduce, what seems to be now, a too extravagant veneration of the Nobel prizes and their winners and to increase, simultaneously the prestige attached to the other prizes such as the Lasker prize for Medicine and the Wolf prize of Israel.

Thirdly, there should be a conscious recognition by the scientific community as well as the general public that the world has expanded at least a thousand-fold since the Nobel prizes were first given away.

Therefore, the scope and charter of the prizes should be expanded so that many other disciplines, which though contribute to the general advancement of science are currently being left out, could be included by the Nobel committee, while scrutinising recommendation for the award of the prizes.

What is required is not to underestimate the Nobel prize or its prestige but to enhance its scope and also enhance the prestige attached to other prizes. To glorify only the Nobel Prize and virtually ignore the others is being unfair to the Nobel committee by burdening it, with the increasingly diffi­cult responsibility of having to select only a band of very narrow width from an ever enlarging spectrum.