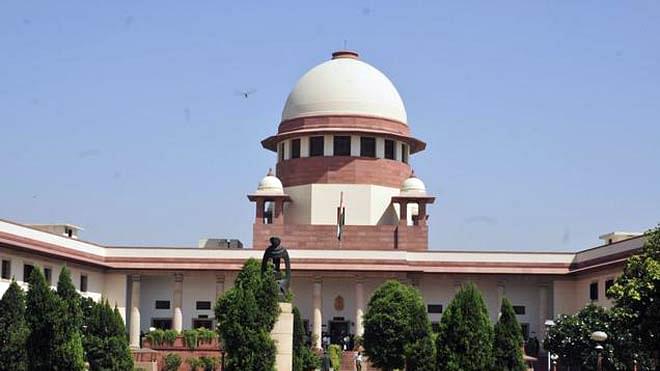 The recent statement of the Chief Justice of India on non-availability of chairpersons, members and infrastructure for tribunals again reflects a dangerous obsession with these bodies which have their roots in the emergency era and the 42nd Amendment. While much focus remained on the National Judicial Appointments Commission (NJAC) verdict, what escaped notice is the irony that the cardinal principle of separation of powers is more under threat via reckless tribunalisation in our country, which tacitly, is not only ensuring the control of the uninitiated over judicial functioning but also curtailing access to justice for the common citizen. Away from the real or perceived friction between the executive and the judiciary, it is widespread tribunalisation which is slowly eating away core judicial functions, thereby denuding real courts and imperiling actual independence of the judiciary. Even the Prime Minister’s very valid and introspective question last year on the desirability of tribunalisation has failed to dent our complacent thought process. And it seems that many in the judiciary and government also are not keen to rock the boat for the concept provides comfortable post retirement sinecure.

It further appears odd that provisions for appointment of senior retired Constitutional Court judges have been made in many tribunals which at times are just courts of first instance. It is yet another interesting matter that the ostensible motives behind creation of tribunals, that is, of easing the burden of the regular judiciary and quicker dispensation of justice, are the biggest myths, with the backlog increasing, rather than decreasing, after creation of tribunals in certain jurisdictions.

So how does tribunalisation affect judicial independence furtively?

Firstly, tribunals operate under the thumb of parent administrative ministries against whom many of them are meant to pass orders, therefore remaining at their mercy with visible and invisible strings for facilities, infrastructure and also rule-making. Despite deprecation of this arrangement and constant efforts by the Ministry of Law and Justice to bring all tribunals under its own nodal control to offset such conflict of interest, there has been steadfast resistance by ministries eager not to loosen their respective grips. Even as back as in August 2001, Arun Jaitley, the then Law Minister, had informed the Parliament about the positives of bringing tribunals under the said ministry in line with Supreme Court directions, but 15 years down the line, the situation remains the same despite the desire of the political executive to undertake reforms. More than anything else, the confidence of litigants is shaken by the very thought of approaching a quasi-judicial body which operates under the aegis of the department against whom the case has been filed.

Secondly, the secretary of the said ministry sits on the panel for selecting and reappointing the adjudicating members and also has a role to play in disciplinary committees. For instance, the defence secretary is a part of the committee for selection and re-appointment of members of the Armed Forces Tribunal, and the said secretary is that very officer against whom all tribunal orders are to be passed.

Thirdly, under the garb of providing cheaper and informal adjudication, appeals have been provided, on very limited grounds, directly to the Supreme Court from some tribunals making access to justice a far call with some litigants accepting injustice rather than challenging orders simply because they cannot afford prohibitive costs of litigation in the apex court. The very valid dicta of the Constitution and Three Judge Bench of the Supreme Court in the cases of L Chandra Kumar and R K Jain respectively, favouring judicial review by the affordable and accessible High Courts from the orders of tribunals, has had no positive effect.

Fourthly, persons who at times have served as part of the same ministries are appointed as members and who carry with them their own personal experiences and over-familiarity making justice subjective as compared to judges who bear no such baggage and are trained to be objective. As back as in 1951, Simon Rifkind, an American judge, for the same reason, famously lambasted specialised courts by stating that such systems reinforce the seclusion of that branch and further immunise it against the refreshment of new ideas, which constitute the very tissue of any living system of law. He added, “in time, like primitive priest-craft content with its vested privileges, it ceases to proselytize”.

Fifthly, a majority of non-judicial members are not legally qualified and hence are not even eligible to appear before such tribunals while they are allowed to exercise judicial functions while sitting on the bench.

Sixthly, some tribunals are not even vested with powers of civil contempt thereby leaving them toothless qua enforcement.

The Supreme Court and many of our High Courts have expressed grave concern on almost all aspects flagged above. As stated at the outset, the Prime Minister too, last year, spoke about his dissatisfaction with tribunalisation, but then directions of Constitutional courts and words of the highest of the political executive are being held hostage to administrative lethargy, cussedness and not-so-praiseworthy intentions, which should be unacceptable in a constitutional democracy.

To salvage, and to ensure that tribunalisation does not threaten the judicial fabric of our country, the following pointers may warrant attention:

All tribunals must be immediately placed under the Ministry of Law and Justice and finally an independent National Tribunals Commission, totally out of the purview of parent ministries. The Income Tax Appellate Tribunal (ITAT) which functions under the Law Ministry (and not the Finance Ministry) is a healthy example of such an arrangement.

To offset conflict of interest, the secretary of the department against which the tribunal is to pass orders must not be associated with the selection process. Further, the ‘dangling carrot’ syndrome of re-appointment must be abrogated for former judges as well as non-judicial members. Legislations dealing with tribunals must ensure that at best High Court Chief Justices or judges or lawyers with impeccable credentials fulfilling the criterion of appointment are made eligible for appointment of chairperson or judicial members, and not Supreme Court judges, in order to maintain the majesty and dignity of the highest court of the land.

Tribunals should only be allowed to be constituted in highly technical matters, where scientific expertise of non-judicial members is required, such as engineering and electricity, or in benign areas such as consumer rights where an informal approach is preferred.

Tribunals must not be allowed to encroach upon core judicial functioning of regular courts in disputes which are essentially civil in nature or disputes between individuals and the State, involving fundamental rights. Instead, regular judiciary should be strengthened to relieve their burden and judges should be allocated consistently stable subject-wise rosters as per their aptitude and expertise. Another desirable system is introduction of a concept akin to the newly introduced Commercial Courts which exercise special jurisdiction and decide cases in a time-bound manner and within the existing judicial set-up, thereby boosting the confidence of litigants and the citizenry.

There must be no direct appeal to the Supreme Court from a tribunal with original jurisdiction. At least a three tier hierarchy with a time-bound framework be conceptualised for all tribunals out of which one should be a vested right of appeal or judicial review. It must also be realised that High Courts are much more accessible and affordable for litigants than the highest court of the land, approaching which is almost impossible for the common citizen. The system being followed from orders of the Central Administrative Tribunal (CAT) is a perfect positive example worth emulation.

All tribunals must be provided with the power of civil contempt and a statutory execution procedure to give effect to their decisions so as not to render them toothless.

Paradoxically, the landmark verdicts on judicial independence throughout our independent history or the much cherished concept of separation of powers would remain consigned to the book if we allow reckless and extensive tribunalisation, since in this roundabout manner, though the courts would remain independent in theory, their functions practically would stand transferred to tribunals thereby bringing to naught all positive strides in this direction, and if, in the words of the Calcutta High Court, which I often quote, “matters of justice and equity are left to tribunals manned by the uninitiated to pronounce upon, justice becomes the casualty and inequity the order of the day”.

A shrill alarm raised by the courts as well as the highest of the political executive, but would it awaken the legal-judicial ecosystem?