The State’s Silence Against Religious Killings Is Damning 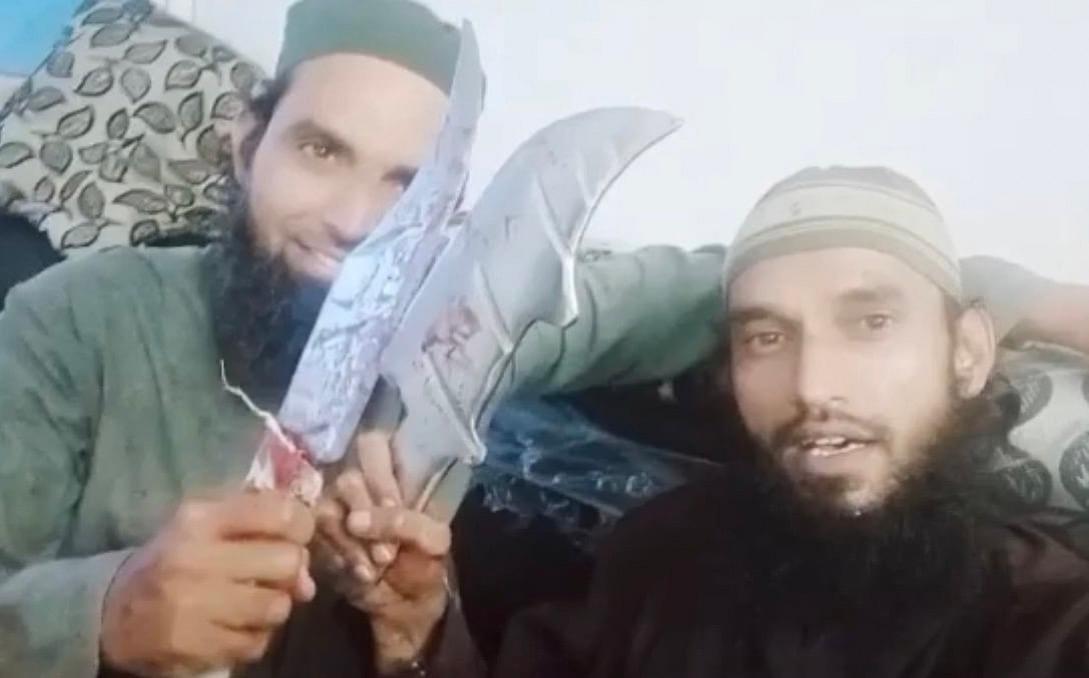 Unknowingly, in their shallow pride and foolish glee, the two terrorists in Udaipur, after beheading Kanhaiya Lal, addressed the ignorance that prevails within the state today. By citing the motivation for their crime while brandishing the murder sword as if a trophy, these terrorists have igntied a much needed debate on the fanaticsm that is either ignored or downplyaed by several arms of the state.

Assuming these terrorists had not recorded and uploaded that video, explaining their motivation, the beheading would have likely been dismissed as a local feud between a trader and a customer. Perhaps, it wouldn’t have even been reported.

From Udaipur to Amravati, there is a clear pattern to the killings. In Udaipur, it was terrorists masquerading as customers. In Amravati, it was a friend from over a decade ago, riled up enough by a social media post to disregard the relationship and commit the murder. In Nagpur, fearing death threats by a group of extremists, a family fled the city.

The motivation behind all these incidents, however, is no surprise, for it was witnessed in the late 1980s in Kashmir, and across several pages of the subcontinent’s history in the last eight hundred years. Fanatics do not care for relationships, rule of law, or contemporary realities.

Against this extremist backdrop, the state’s silence, across all arms, against the religious killings is damning.

The judiciary has pinned the blame on Nupur Sharma, for they believe that it was a woman, in May 2022, that ushered the first ever wave of fanaticism in this country.

When called out for their shallow observations and hypocrisy, one of the Justices then made a case for stifling free speech and conversations on social media and other digital outlets, for they believed that the public was ignorant. Never mind if it is the same public that is the audience to hijacking of roads, riots, and beheadings by extremists, the judiciary has chosen to stay blind to the looming threat, and worst, even indirectly, unknowingly, endorsed the actions of the fanatics.

The other pillar of our democracy, the media, buoyed by selected non-governmental organisations, activist groups, think-tanks and other celebrities, want to dismiss the entire existence of this fanaticism, but from one side.

Thus, terrorism ends up without a religion but self-defense by a gau rakshak is a testament to the 'fascist Hindu nationalism that plagues the country'. Some within the media were making a case for the Udaipur video to not be circulated for it could threaten the house of cards built on the foundations of Ganga-Jamna Tehzeeb. However, no such restraint was demanded when remarks of Nupur Sharma were being shared.

For the other parties in the Parliament, Udaipur serves as another opportunity to tell the imaginary tale of intolerance they have been floating for more than half-a-decade now.

No regional party from West Bengal or Uttar Pradesh or Bihar or Tamil Nadu or Telangana or the North-East has chosen to address the extremism that now threatens the civilised structure of the society. Instead, they all are pinning the blame on Prime Minister Narendra Modi. In Amravati, for more than ten days, the motivation for the murder of Umesh Kolhe was downplayed before a change of government exposed the motivation for the crime.

In 2016, PM Modi, at an event, called out the gau rakshaks, who he felt were poisoning the communal harmony in the name of cow protection. While the remarks did not go down well with many pious and dedicated saviours of cows, given the rampant smuggling rackets, and even several Hindu bodies, as the head of the state, perhaps there was a debatable justification for that statement.

However, where is the condemnation of fanatics, roaming freely and masquerading as friends and extended family members, one wonders. As the Prime Minister, his prolonged silence on religious killings since 2019 is conspicuous and sends out the wrong message, and by no stretch of imagination is strategic anymore.

The Indian state is at a tipping point, has always been, but in an age where information travels faster than light, and radicalised literature spreads like wildfire in an oil field, the threat is closer than it appears. What transpired in Paris, Brussels, Nice, London, Stockholm, and more recently Kashmir in the name of lone-wolf attacks is now an underlying threat across India.

Would it be an exaggeration to state that Sharma's poorly worded remarks have only added to the visibility of fanaticism, one that prevailed for centuries, one the post-independent India ignored, one that the current regime does not wish to address? No.

This is where imposing punitive costs become important. A teaser was visible with the demolition drive against illegal structures, confiscating property of rioters in Uttar Pradesh, but stronger and sustained deterrents must be established. Ideally, the entire family of a fanatic must be cut off from all welfare schemes, government services, and formal sectors of financing.

With radicalisation happening inside homes, there is no way for families to be in oblivion, and therefore, the sentencing must also include the family members of a fanatic, and detention must be immediate. The radical teachings in madrassas are an open secret, and the state governments, backed by the Centre, must now swing into action.

Further, an honest conversation around fanaticism, its motivation, the teachings were it stems from, and its advocacy must not be shied away from. Several stakeholders of the communities, arms of the government across various levels, from local to national, and civilian groups, must engage in elaborate discussions on the biggest threat today to the civilised society.

Blasphemy laws must remain, however, for they shield the Hindus from unchecked ridicule and mockery, one that has been normalised through cinema and literature. As progressive as removing them might sound, the truth remains that other communities are willing to trespass the civil boundaries to impose their version of justice on Hindus not only for their remarks, but also for their support. Fanatics do not care for blasphemy laws, or any law, and hence the state must up the ante when it comes to deterrents.

Udaipur, Amravati, and Nagpur are the cases that have come to light, but across India, thousands of families have been silenced, some even coming forward and apologising for voicing their support for Nupur Sharma. What the damned silence of the state encourages is extremists and fanatics further terrorising civilians merely exercising their freedom of speech.

If this fanaticism is not arrested today and nipped in the bud, we are in for a long haul, perhaps even routine murders. The question is what if the murderers do not record videos explaining their motivation or what if the governments in the state downplay it altogether and for how long can we blame everything but the elephant in the room?