The Terror Of Confessions: Why The Custom Needs An Overhaul 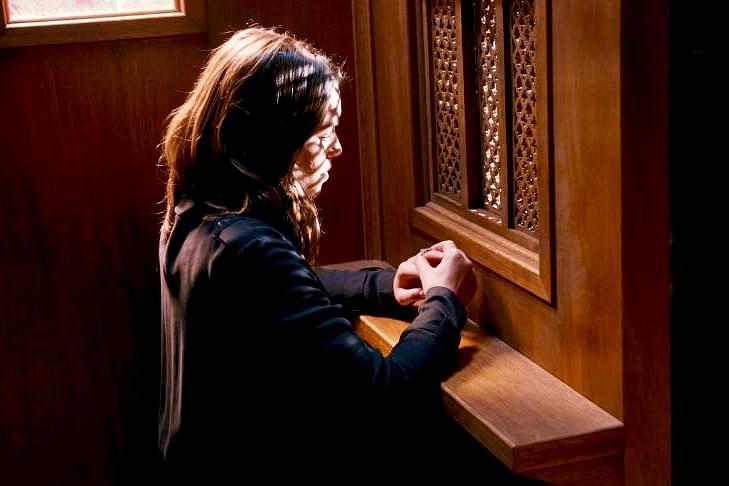 A woman makes a confession before a priest.

In 2011, two advocacy groups filed a criminal complaint against the Vatican before the International Criminal Court (ICC) for alleged commission of crimes against humanity. The crime related to the nearly 5,000 instances of sexual abuse of children and vulnerable adults committed by predatory Catholic priests. The Vatican, as the seat of the Holy See and the Catholic church, was sought to be held responsible for allegedly covering up this extensive abuse. But the case did not stand a chance of being ruled upon, as the Vatican was not a party to the Rome Statute that created the ICC and the court consequently lacked jurisdiction.

Why then did the advocacy groups file this complaint that required intensive research and documentation? In the words of Mark Ellis, the executive director of the International Bar Association, “when you look at the concept of why and how the ICC was created, I just don’t think this (case) fits. But the filing does something that’s important. It raises awareness." An awareness that becomes essential given the nature of the appointment, functioning and the social roles of the perpetrators involved in the abuse.

In July 2018, the chairperson of the National Commission for Women (NCW) submitted a 25-page report to the Union Home Ministry in which she recommended steps to scrap the custom of confession. This recommendation came in the wake of the allegations against priests of Malankara Orthodox Syrian Church who were accused of blackmailing and subjecting a woman to give sexual favours to them, using certain confessions she had made to one of them. The Catholic church vociferously criticised the NCW’s recommendation.

In the words of the president of Catholic Bishops Conference of India Cardinal Oswald Gracias, abolishing confession is a “direct infringement on our freedom of religion guaranteed by the Indian Constitution.” He also stated that the state must concentrate its attention on women empowerment and domestic violence instead of “dabbling in religious matters about which it understands nothing”.

In her defence, the NCW chairperson had earlier stated, “if religious customs and practices are coming in the way of security and safety of women, NCW can definitely seek remedies. The women should not confess, especially before men. If we do not raise such issues and try to make changes, who will?” She also noted that many churches make confession compulsory to conduct marriages and baptise children.

Under Canon 989 of the 1983 Code of Canon Law, each member of the faithful, after having reached the age of discretion, “is obliged to confess faithfully his or her grave sins at least once a year".

There have been many calls around the world, in the last few decades, for streamlining the “penance of confession”. In a gruesome murder and rape case dating back to 1960, a young schoolteacher, Irene Garza was last known to have given confession to a young priest, outside the confessional in the South Texas border town of McAllen in the United States. Her body was later found with evidence of having been raped while in coma from blunt force trauma and suffocation. But because of shoddy investigation and reluctance of elected officials to investigate a priest in the year of presidential election bid by Catholic candidate John F Kennedy, the case went cold (The Washington Post, December 8, 2017).

But her family was persistent and the case was reopened in 2015. One of the points her family highlighted was the unusual and the inappropriate manner of taking her confession by the priest, who was the last person to have seen her (Under canon law, Can. 964 §3, “confessions are not to be heard outside a confessional without a just cause”). Father Feit, who had taken that confession was eventually held guilty last year on account of, inter alia, his own confession to the rape and murder to another priest, Father Dale Tacheny. Father Tacheny had taken Feit’s confession in 1963 but kept this confession to himself out of “a religious obligation”. He changed his mind in only 2002, after leaving the religious life and notified the police. This fact raises the other issue relating to confession – the breaking of its seal to notify temporal authorities.

According to the church, a confession made under the sacrament of confession/penance, is one that is made before god, even though it is a priest who hears it and he, again, absolves only in the name of god. But what this view does not factor into, is that this ‘private confession followed by (automatic) private (read divine) absolution’ turns problematic when it involves a public crime.

Today, the church’s earlier practice of recognising the distinction between private delicts and public crimes has whittled down. Writing in the context of requirement of breaking the seal of confession in child sexual abuse, noted theologian Joseph Grayland said that current practice “tends to equate the confessing of sin with restitution; grave sin with non-grave; grave public sin with private misdemeanour; and all restitution with the spiritual good of the penitent and not the rehabilitation of the victim” (2004:167).

He further notes: “granted that the rites of sacramental reconciliation/penance … insist on the reform or conversion of the sinner, nevertheless we are confronted by the unpalatable consideration that we may have created out of the sacrament of reconciliation/penance a culture of secret, private confession followed by a quasi-automatic absolution that has, in its own turn, so influenced the methods by which the church is administered that the culture of secret, private confession and private absolution is now a normative part of church governance.” (2004:155).

The case of Father Arockiaraj, accused of the murder of a 16-year-old girl, is a case in point. He had voluntarily confessed to the murder on surreptitiously recorded phone conversations with the victim’s mother but later attempted a cover-up together with his higher-ups. In fact, many priests convicted or accused of sexual abuse have often confessed to their crimes to fellow priests. The priests who take those confessions are constrained by the religious obligation of not breaking their seal and hence do not report them to the police.

This conundrum was studied in-depth by the Australian Royal Commission into Institutional Responses to Child Sexual Abuse, that was appointed by the Australian Government in 2013. The commission that was made up of judges, a retired police official, a psychiatrist among others, recommended that laws be passed to create the criminal offence of failure to report information on child sexual abuse that is disclosed in or in connection with a religious confession made to a priest (2017:103).

Both these recommendations have relevance for India. In Father Arockiaraj’s case, his actions were looked into by a ‘private’ Canonical Court constituted by the church. Before that body, Arockiaraj admitted that he had “bodily contact” with the victim and that he had “used her” (The Indian Express, 21 August 2016). But the church authorities failed to report it to the police. In a statement to the media, Father John Joseph, the Vicar General of the Coimbatore Diocese, stated that the church had acted immediately against Arockiaraj “as per the canon law”. But when asked why the church hadn’t reported sexual abuses against a minor to police, he replied, “that was a mistake… We are innocent… It was a very, very unfortunate incident. There were mistakes on the part of the church too. But we didn’t do it on purpose."

But maintenance of secrecy seems to have sanction from the very top of the church hierarchy. The Vatican for its part has done well to have long recognised the possibility of misuse of confessional statements by priests, similar to what has been alleged in the Malankara Orthodox Syrian Church case. The 1962 Vatican document Crimen sollicitationis specifically provides for dealing with cases concerning sexual advances made by priests during or using the sacrament of confession. But ironically, not only the procedures for dealing with such cases were to be confidential but this document itself was to be kept a secret. Unfortunately, its successor document Sacramentorum sanctitatis tutela of 2001 also does not provide for reporting the crimes to the police.

In an interview with the BBC, canon lawyer Thomas Doyle said that the secret procedures amount to "an explicit written policy to cover up cases of child sexual abuse by the clergy, to punish those who would call attention to these crimes by churchmen". In such circumstances, the church needs to allay our anxieties over undue secrecy and our concerns that public crimes will henceforth not be settled privately with impunity. Otherwise, the church would only invite comparisons with the much derided, extra-legal khap panchayats.

The other recommendation of the Royal Commission mentioned above, relating to reform of the procedures for taking of the confessions given by children, highlights how legal regulation of confessions given by vulnerable persons may sometimes be in order. On the other hand, the Indian NCW chairperson’s recommendation that confessions be done away with, goes beyond regulation into the realm of abolition/prohibition. But legal progress and social awareness is often achieved by quixotic undertakings – tilting at windmills as it were – as had happened in the case of the complaint lodged against the Vatican before the ICC.

When the NCW chairperson asserts, “the women should not (be compelled to) confess, especially before men”, it appeals to our logic. But in the case of a religious order where women (read nuns) are not allowed to take confessions and only men are ordained as priests, the taking of confessions of women by male priests needs further scrutiny.

The writer is a lawyer.