These Words Of Sunanda 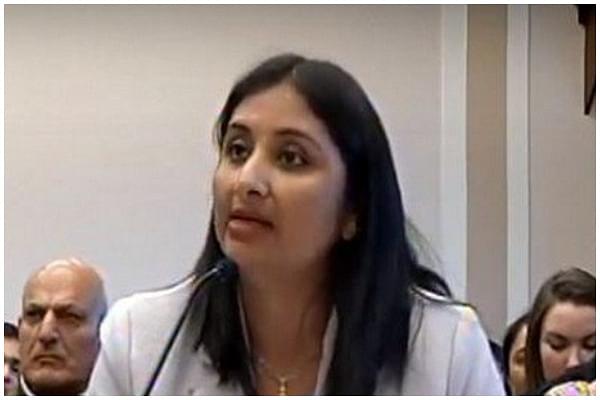 These words of Sunanda. They are testament to the power of language and imagery. They will survive beyond her, beyond us. They have flown and are free.

Hearing them, one felt lost for hope, wondering whether that fabled arc of moral universe would ever bend towards justice for the Kashmiri Pandits. Recall that last year the Supreme Court rejected the reopening of cases of criminal atrocities committed against Kashmiri Pandits because, in its view, too much time had elapsed. Justice is now weighed against time. Victims may have a date of birth but the crime does not. Elapsed time is elapsed crime is elapsed justice.

Governments may come and governments may go, and we may shout, and we may cry, and we may make a hundred excuses, but we can never get away from the fact that more than half a million Kashmiris cannot return to Kashmir, their own land. Arundhati Roy, that totem of the Left, once cushioned the crimes of the Maoists by calling them 'Gandhis with Guns'. Well, Kashmiri Pandits are the Gandhis without Guns, and that is the singular reason why no one cares for their plight in this weak nation of ours.

India is the only large economy in the world that has its citizens as refugees. A refugee accepts his fate and the humiliation that comes along with it, for he must worry about his new life. He forgets how to complain. And that is a fatal error because this nation hears complaints through the barrel of a gun not the ink of a pen. This nation believes inaction is a medicine. It believes time heals. It believes wounds do not fester. It believes the exiled never return. This nation is the power that is powerless. It freezes; it forgets.

This nation waits for death to rid its people of their remembrances. This nation wishes the Kashmiri Pandits all happiness and joy in the after-life. Wait just a little longer, please, just a little.

They call Kashmir the Switzerland of the East. Wrong. It is the Srebrenica of the East. That this cruelty has not been corrected for three decades speaks more about who we are as a nation than anything ever could.

These words of Sunanda. Each had its own density so that when uttered they did not skip or skim but sank into the inheritor's conscience where they assembled to make a home. A home gifted to us by someone who is searching for one.

Words never die. They always survive. In times of terror, we wrap them and hide them, like our ancestors did, and it may take thirty years or three hundred or three thousand for them to be uttered again, but uttered they will be. And when they are, these words will echo in the valleys of violence where people only know how to light Molotov's, and these words will make them light diyas again. These words of Sunanda.