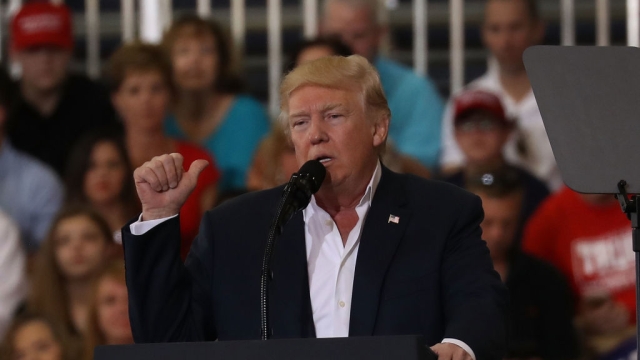 The election of Donald Trump has shaken up the system so much that many Americans are now questioning democracy and its institutions. Among the many claims made by Trump relates to the alleged electoral fraud that has been prevalent in the electoral system; it is ironic that Trump seems to question the legitimacy of the election which he won. However, the broader point that he seems to suggest is that the electoral process needs to reach more people, be more secure, address illegal voting and be cost-effective. Considering that Trump is a person who has travelled across the world, he should be open to adopting ideas of electoral reform from other countries such as India, which has perfected the system.

The American electoral system has always been relatively complex and, at times, contentious. For starters, the winning candidate in a presidential election is determined by the electoral college, not the popular vote. The electoral college consists of representatives of all the states in the United States of America, who cast a vote to nominate the next President. While these electoral winners are determined by individual votes in the respective states, there can be a scenario where the winner has more electoral votes than the popular vote (which is the total number of votes cast cumulatively in an election).

One example of it is Trump’s victory over Hillary Clinton. He had more electoral college votes but was short on the popular vote compared to the Democratic nominee. Yet he was chosen President, albeit with reluctance from the Democrats and the liberal establishment. The voting in these individual electoral colleges has been traditionally voter ballot and not electronic. Initially, electronic voting machines were introduced in some electoral colleges in the 1990s and early 2000s (especially after the Bush-Gore voting fiasco), but they had voter-tampering issues and were not credible. The lack of a credible electronic system nationwide has prevented it from being administered across the entire country in one go.

India’s electoral system has been one of the finest in the world, and the Election Commission is one of the best institutions of the country. The voting machines are electronic, and the election results for a billion people are delivered in a matter of hours after the final voting is complete. In the United States, it takes months before voting is processed and finalised with the officials in charge.

Electronic voting machines (EVM) in India were first introduced in the 2004 general election, which was a landmark achievement, and has been in use ever since for the general elections. According to the Election Commission, the 2014 election was contested by 8,251 contestants in 543 constituencies with a voter turnout of 834 million voters. The EVMs are machines placed in polling booths, where voters have up to 64 options (represented by buttons next to each candidate’s name and their respective political parties) to choose from. As the voters exercise their franchise in choosing the candidates, the cumulative responses are linked to the balloting unit to count the votes in that polling booth. Even though there have been calls for the introduction of better EVMs since the Bush-Gore counting spectacle, not much progress has been seen while countries such as India have taken these reform measures seriously and implemented them successfully.

The first advantage of the system is that it is portable and electronically linked. At any point in time, election authorities can both review the result or address concerns related to the voting process with a click of a button since they are all electronically integrated. Their portability also ensures that voting reaches the most obscure of places across the country to ensure valid citizens can cast their vote. This addresses Trump’s issue.

The second biggest advantage with EVMs is that they are very secure and have the highest technological protection that there is for such equipment. The technology has also been bolstered by the introduction of VVPAT systems that have countered the spam that has been plaguing the EVM systems. As such, it has very strong inbuilt systems to ensure that it can’t be hacked by any means and is robust. This addresses Trump’s concern about reliability.

The third advantage of this system is that it is identity-proof through its link-up with a biometric-based identification number called Aadhaar, which was created in India. This ensures that there is a double check using biometrics on the voters who are voting to ensure their legality. In short, the identification is so robust that biometric-based verification is done before voting in the polling booths. It deals directly with the issue of illegal voting that Trump has been arguing about and tackles it head-on in this case.

The fourth advantage is that it is cheap. A businessperson with Trump’s acumen would jump at an opportunity for a machine which costs $175 per unit, even as machines in the US cost $6,000 with quality concerns as mentioned here. The cost-effectiveness of the equipment is one of the reasons why many countries across the world are importing it. It wouldn’t be unwise for the US to do the same.

In order to deliver on the electoral rolls issue, it is imperative that Trump moves to technology and adopts EVMs in the US to have a far more secure electoral system. It would be smart for Trump to discuss this during his discussions with Prime Minister Narendra Modi and bring about a framework that can enable this technology to be brought to the US for better services.

In addition, in a broader context, a global digital partnership with India could be the next transformative move in the partnership in order to serve as a pivot to counter the Chinese moves across the world. Considering that the Indian government under Prime Minister Modi has been proactive in the area of digital transformation, it would be a brilliant move for Trump to seize the initiative and lead the digital age with his usual gusto in tow.

While there are challenges in implementing it in America’s own context, technology-enabled devices are going to make the process far more stringent and more effective in the longer run. Some of Trump’s concerns are genuine, but his candour and bravado belittle his point. A more sophisticated and nuanced politician would have laid the red carpet with all the jargon-laden policies to bring it to the public at large. Trump says it like an unrestrained child and therein lies his greatest electoral asset. Some nuance and detail in policy would make it a far more effective enterprise, at least in the context of EVMs.