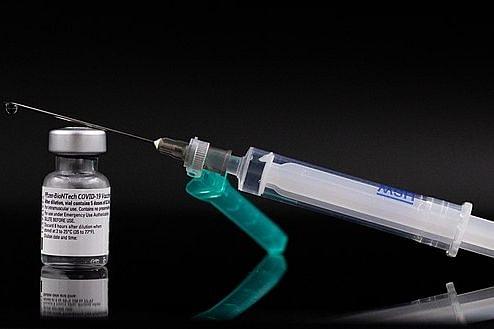 When a virus enters a human body, it faces a formidable line of defence, known as the immune system. Various weapons are thrown at the virus, such as antibodies that bind with the virus and destroy it, and cells that can gobble up and digest the virus.

For the sake of simplicity, we will consider two types of white blood cells that are relevant: T and B lymphocytes. While B lymphocytes produce antibodies, T-lymphocytes carry a “memory imprint” of the virus for future reference, in case it ever decides to pay another visit.

There are areas on the surface of the virus that present a suitable target for attack, and in the case of the SARS-COV2 virus, this area is the spike, or S-protein.

Treatment modalities such as monoclonal antibodies also target this area of the virus. And so do vaccines. All vaccines are, therefore, designed so that the body sees and identifies the S-protein as a foreign intruder that needs to be cleared.

The body does exactly the same when faced with the real thing as it does with a harmless impostor.

The ways in which the S-protein can present itself to our immune system, therefore, can be listed as below:

Covishield/AstraZeneca — the S-protein is delivered via a harmless adenovirus (vector) that injects the protein into the cell, provoking the formation of antibodies and collection of data for use against future infections.

Covaxin/Sinopharm/Coronavac — the virus is basically killed with substances such as formalin and the inactivated “virion” is purified, stabilised and presented to the body, which forms antibodies and collects data for use against future infections.

Pfizer/Moderna — a messenger (mRNA) is injected into the body that instructs the protein synthesis mechanism of the cell to manufacture the SARS-COV2 S-protein segment including the RBD with minor modifications to stabilise the segment and avoid overstimulation of the immune system.

The mRNA then disappears. The body then develops antibodies against this faux S-protein segment.

Antibodies formed after exposure to S-Protein naturally start reducing over the next few months as they are not needed any more for active battle. However, T-cell immunity means the body can restart producing antibodies on demand at the first sign of return of the intruder.

If the T-cells are not properly sensitised and the antibodies too start fading away, the person is once again vulnerable to infection.

While the conventional vaccines stay in the body for a longer duration post-injection, the mRNA vaccines disappear rapidly. These are intentional designs: Covishield or Covaxin would require more processing by the body compared to an mRNA vaccine, that directly gives the instruction and disappears.

More processing can sometimes translate into higher incidence of side-effects and lower efficacy as compared to a clear direct message with limited processing.

However, the short duration of exposure makes adequacy of immune response dose-dependent, and this is reflected in the CDC’s statement that “Waning appears to be less pronounced for Moderna COVID-19 vaccine, compared to Pfizer-BioNTech COVID-19 vaccine recipients”.

Dosage of Moderna vaccine is about three times higher than that of Pfizer vaccine. However, the higher dosage would also translate into a higher risk of adverse effects, and this is corroborated by the higher incidence of myocarditis in young males post-vaccination with Moderna as compared to Pfizer vaccine.

Early studies on the mRNA vaccines suggested a robust T-cell and B-cell response for developing immunity. However, later studies are showing that this is not the case.

While the B-cell response is robust and also dose-dependent, recent studies are suggesting that the T-cell response has not been adequate and in some cases was absent.

More worryingly, a study published in Science suggested that the T-cell response is attenuated (suppressed) after vaccination with mRNA vaccines. This has direct implications for medium and long-term immunity.

If the objective is to develop long-lasting immunity, it makes little sense to administer a booster that has a lower T-cell response. Moreover, repeated spiking of antibody levels by administration of boosters may eventually have some unpleasant consequences for the recipient.

Studies on mix-and-match vaccination have uniformly found good immune response. However, in most of these studies, the second dose was an mRNA vaccine.

In my considered view, the first dose can be an mRNA vaccine due to rapidity of response and excellent safety profile, but the second and booster doses should be more conventional vaccines.

However, in the present time, it is not proving sufficient for generating an adequate long-term immune response. With further refinements, this should be addressed, but for the present, it will make much more sense for countries using predominantly mRNA vaccines to administer a booster of conventional vaccine.