Tribute To Indian Army: Why It Is Important To Tell Our Children About The Battles Of Imphal And Kohima 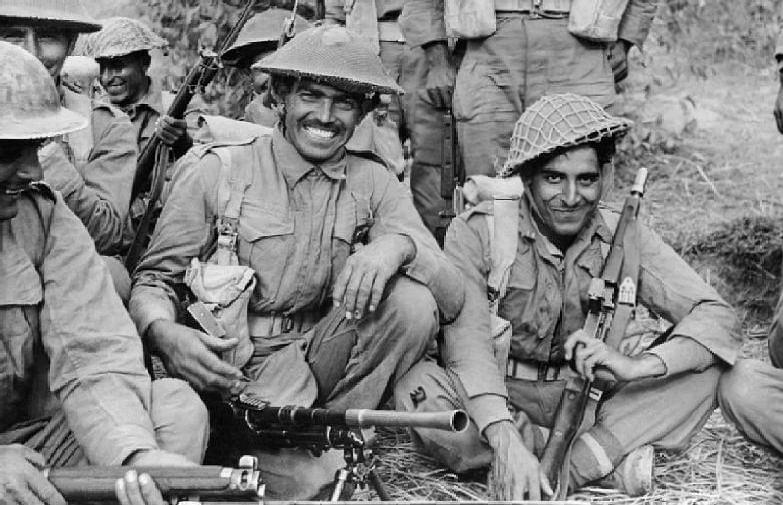 This year marks the seventy-fifth anniversary of the twin battles of Imphal and Kohima when, in 1944, the Indian Army stopped the Japanese advance into India in its tracks, and wrote a chapter of military history in letters of gold.

Both battles were among the toughest and bloodiest ever fought in modern history, anywhere, and stand out in the Second World War as superb examples of professionalism, strategy, tactics and leadership.

The military laurels Indian Army earned during that global conflict in Asia, the Middle East, Africa and Europe, are worn with honour even today. It is something every Indian may be rightly proud of. It is a story which must be recounted over and over again to generation after generation so that we may fittingly cherish the valour and sacrifice of those many, many braves. And it is, at the end, a very Indian story.

In March 1944, the fulcrum of war lay poised in uneasy balance at the end of five tough years. The Russians had stopped the Nazi advance at unthinkably high human cost at Leningrad, Stalingrad and Moscow; Stalin now hoped to pay Hitler back in his own coin, with not a little interest.

The American Navy had avenged the Japanese attack on Pearl Harbor in 1941, by seizing the Pacific Ocean back through major naval battles of the Coral Sea, Midway and Leyte Gulf; their hard, island-hopping slog towards Japan was finally on.

Allied Forces, including the magnificent 4th Indian Infantry Division (the Red Eagles), had driven the Germans and Italians out of North Africa, winning a series of engagements (including the two famous battles of El Alamein in 1942); in 1943, they took Sicily, and in March 1944, were onto the Italian peninsula, and joined in the devilish battles of Monte Cassino.

At the forefront were three crack Indian divisions which suffered the brunt of the fighting — the famous 4th, the redoubtable 8th, and the valiant 10th.

But in Burma, there was no sense of impending victory. On the contrary, General Slim, who commanded the 14th Army, and trusted with the defence of India, was worried that a superior Japanese force under General Mutaguchi, would soon emerge from the jungles and swoop down knife-edge mountain ridges, to overwhelm Indians.

If Nagaland and Manipur fell, then the Brahmaputra Valley and the Delta lands of Bengal would be occupied by the Japanese, and with that, all of India would come under Axis heel. And if India fell, vital supplies to China would stop.

A million Japanese troops, who had been sucked into a crazy, confusing war with Mao Zedong and Chiang Kai Shek, would then be free to pick their victories at sweet will, and Tokyo could then release more forces to counter the advancing American threat.

The geo-strategic implications of such an eventuality, spreading out to Iran, the Middle East, the Caucuses, the American campaigns in the Far East, and even the Soviet Union, were truly unthinkable. Consequently, the only option for the Indian Army was victory in the Burma campaign.

Rajputs, Marathas, Madrassis, Jats, Gurkhas, Punjabis – the Indian Army had them all. They were as tough as nails, well-trained, well-led, and carried more than enough valour to make up for critical shortage of supplies and equipment.

Unfortunately, they also had, in the Imphal and Kohima sectors, the worst possible terrain a warrior could dream of – in his worst nightmares: thick, tropical jungles, steep slopes that rose thousands of feet, no proper roads, no railhead for a hundred miles, with malaria, dysentery and typhus endemic, and a monsoon which turned movement into slushy misery. Advancing 10 miles could take weeks against a worthy opponent. Still, the deployments continued, because everyone knew that the Japanese march on Delhi, Operation U-Go, was coming. The invading Japanese Army was also accompanied by the Azad Hind Fauj of Subash Chandra Bose.

The plains of Imphal were defended by three divisions and a bit — the 17th to the south, the 20th to the east, and the 23rd in northern reserve (with one part holding the area around Ukhrul). 5 Div joined the party slightly later.

To the north, Kohima, equally important from a strategic perspective, was initially defended by a much smaller force of mixed Indian and British units. The British 2nd division and Indian 7th division got into the act there only after battle cries were sounded.

Waiting, General Slim wryly wondered who would get them first — the Japanese or the monsoon. History records that privilege as being seized by the Japanese, who came out of the jungles like a hurricane. Their speed caught our forces off guard. Thrust after thrust appeared out of nowhere, cutting lines of supply and communication. Units found themselves surrounded, and forced to fend off wave upon wave of attacks. Hand to hand combat became the order of the day.

In Kohima, the battle lines edged increasingly closer until, surreally, opposing forces were reduced to lobbing grenades from either side of the deputy commissioner’s bungalow. Indeed, in military annals, this action is called ‘the battle of the tennis court’. Thousands died in these months. That is how fierce the fighting was.

Further south, Imphal too was surrounded, on a much larger scale, and a siege was soon in play. Supply was restricted to sporadic airdrops which, often as not, landed amidst the enemy. A Maratha unit scrambled under heavy gunfire to retrieve air-dropped supplies, only to discover to their chagrin, that these consisted of cartons of bully beef meant for their British brothers-in-arms in an adjoining sector.

Entire formations swirled into a confusing maelstrom. For example, 17 Div bore the brunt of the Japanese onslaught. Their retreat into the plains was cut off at Milestone 109, forcing 23 Div (whose units were already engaged in murderous battle elsewhere) to be sent in rescue.

Yet the Allied Forces held their nerves, and the line, robustly taking everything the Japanese could throw at them. For 88 days, the battles raged furiously, over sharp ridges, through impassable jungle, and in blinding rain. Bit by bit, platoon by platoon, they counter-attacked, at heavy human cost, but didn’t give up, until the invaders too, eventually began to feel the pressure badly.

The Japanese had been able to move so swiftly because they packed light. Their units carried minimal supplies, and these tactics had worked brilliantly for them in the past. But now, at Kohima and Imphal, those very reasons for success were upturned by the tenacity of 14th Army, and the Japanese started to feel the pinch. As a result, their casualties mounted steadily.

By May 1944, the intensity of Japanese attacks began to wither, allowing a series of counter-attacks. By late June, following a succession of studied, gradual, mini-battles, Japanese hopes of a march on Delhi finally began to fade.

From Kohima to Imphal, and further south, our forces now shifted to the offensive, causing a rout amongst the invaders. The Japanese were forced to turn and hastily flee back into Burma, over the hills, and through the pouring rain, with 14th Army in hot pursuit. Operation U-Go had ended in failure. India was saved.

With victory also came a startling revelation — the Japanese suffered over 60,000 casualties, making the twin battles of Imphal and Kohima the worst defeat ever handed to them. This victory came at a great cost to us, with over 13,000 casualties of our own. But victory it was — vital, bloody, and hard-won, by sheer dint of severe human sacrifice.

What is however puzzling is that since Independence, there have been less than satisfactory efforts to tell succeeding generations this story. The contribution of the Indian Army to the war effort between 1939 and 1945, when 3.5 million of our sons donned the uniform, is as magnificent a tale as Rezang La or Saragarhi. But it is not taught well in our schools. Textbooks hardly touch upon such events, which spanned the world for six long years, and whose ramifications govern international relations still. Children know of Imphal or Kohima or El Alamein or Monte Cassino but vaguely, if at all.

Not for nothing is the Burma campaign of 1942-45 known as the ‘Forgotten War’, and the 14th Army, as the ‘Forgotten Army’. In the removal of such forgetfulness then, perhaps, lies India’s best tribute to her valiant sons; men of honour from every corner of this ancient land, who stood up to be counted when it mattered, and evoked by their acts of sacred duty, the most poignant phrases of remembrance to emerge from the Second World War:

In this tomorrow born of a long-past, near-forgotten today, they deserve no less, for they too were proud sons of India, who gave the world their all — for the cause of liberty.