Ujjwala: The Game-Changer In UP and Uttarakhand? 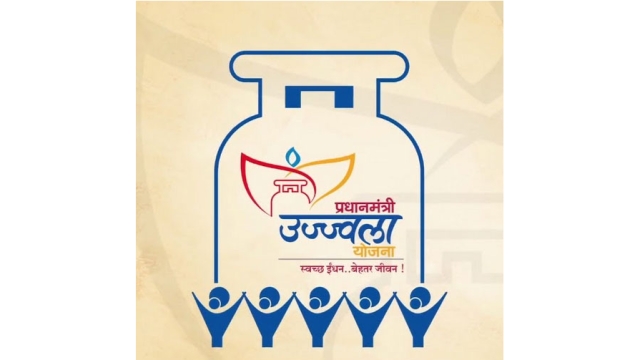 The Pradhan Mantri Ujjwala Yojana (PMUY) is one of the most successful social sector schemes of the Narendra Modi government. It would not be an overstatement to say that Ujjwala Yojana proved to be a major game-changer in the recently-concluded assembly elections, especially in Uttar Pradesh (UP) and Uttarakhand, and local body polls in Odisha and Maharashtra. In these elections, the ruling party at the Centre, the Bharatiya Janata Party (BJP), received massive public support. Therefore, it is necessary to study the scheme and its impact on the people.

Under the PMUY, the Union government has pledged to provide five crore liquefied petroleum gas (LPG) connections in three years to families living below the Poverty Line (BPL). These connections are given only to woman heads of the families that do not have LPG connections. The scheme simultaneously addresses a number of concerns in the Indian society.

Setting The Ground For The Launch Of PMUY

PMUY is one of the key steps towards expanding LPG network in India. The Prime Minister has expressed serious concerns about the low penetration of LPG connections in rural areas and has come up with several initiatives to improve the situation.

One needs to look at the PAHAL Yojana and the ‘Give it up’ campaign before reviewing the PMUY.

Under the Pratyaksh Hanstantarit Labh (PAHAL) scheme, also known as Direct Benefit Transfer of LPG (DBTL), the LPG subsidy is directly transferred to the consumer’s bank account. This scheme was launched in 2013 by the UPA government; but had limited outreach at that time. The PAHAL Scheme was reviewed, modified and relaunched by the NDA government in November 2014. By curbing the role of middlemen in distributing gas subsidy, the scheme has put effective control on corruption in the LPG transactions. According to Petroleum and Natural Gas Ministry website, there are 16.85 crore beneficiaries of this scheme, and cash dispersed through this scheme is Rs 50,806.39 crore.

In addition to PAHAL, Prime Minister Modi launched the ‘Give it up’ campaign and appealed to affluent families to voluntarily give up their gas subsidies. The money saved through this campaign was to be used for providing gas connections to the poor. This campaign became very popular in a very short span. Responding to the Prime Minister's appeal, more than 1.05 crore families have voluntarily given up their gas subsidies, saving up to Rs 5,000 crore. Considerable success of PAHAL and ‘Give-it-up’ prepared the ground for the launching of PMUY.

The PMUY was launched on 1 May, 2015 in Ballia district of Uttar Pradesh. This district was selected for the launch because gas penetration was one of the lowest here in country. Until the launch of the scheme, only 8 per cent of the BPL families in Ballia had LPG connections. The Prime Minister kicked off the scheme by handing over the gas connections to 10 women from BPL families from the district.

Under Ujjwala Yojana, the government has announced that it will provide five crore gas connections in three years, with an estimated budget of Rs 8,000 crore. Along with the gas connection, government is also giving financial assistance of Rs 1,600 to each family. However, expenses for the stove and refills have to be borne by the households, where EMI facility is also available. Till date, more than 1.92 crore gas connections have been allotted under this scheme.

According to initial estimation, five crore gas connections will positively affect about 25 crore people. For successful implementation of the scheme, LPG supply chains are developed in collaboration with the state gas agencies. Through these supply chains, approximately one lakh jobs can be generated, mostly in the rural areas. It is likely to provide business opportunity of approximately Rs 10,000 crore and boost the 'Make in India' campaign.

The Union government is implementing this scheme in coordination with the state governments, which are identifying the beneficiaries with preference being given to the SC/ST and other weaker sections of the society. The states with lower gas penetration are chosen by the government for this purpose. Consequently, lakhs of BPL families from11 states and 645 districts have benefitted under this scheme. Largest number of connections (about 56 lakh) have been allotted in Uttar Pradesh.

PMUY is the first large-scale welfare scheme to be implemented by the Union Ministry of Petroleum and Natural Gas. This ministry, which was criticised to be elitist and pro-industry till 2014, has shown great efficiency in implementing the PMUY.

This is the striking feature of the Modi government that it has allotted at least one welfare scheme to each major ministry for the upliftment of poor and the deprived.

PMUY: A Step Towards Energy Security And Security?

India is home to approximately 24 crore households, out of them 10 crore are still deprived of LPG. They use wood, animal dung, kerosene and coal for cooking. These traditional methods not only cause indoor air pollution but are a health hazard. Studies reveal that open wood fire in the kitchen is almost as poisonous as smoking 400 cigarettes in an hour. It leads to diseases like lung cancer, heart trouble and respiratory disorders. The World Health Organization has reported that unclean cooking fuel leads to about five lakh premature deaths in India every year.

Gas is one of the best cooking fuels. Apart from being less hazardous and less polluting, it assures control, reliability and precision in cooking. It is for this reason, the government has pledged to provide LPG connections to all Indian households by 2020.

Apart from protecting the health of women and children in villages, the PMUY will also save women from lighting chulhas, searching for wood or making cow dung cakes. Their valuable time and energy can be invested in other constructive work. Moreover, since the connections are given in the name of women, gas subsidy will also be transferred to their bank accounts. Therefore, this scheme is going to empower women in rural India.

The PMUY should be considered as a path-breaking initiative by the Indian government as it simultaneously addresses a number of issues and concerns.

Firstly, it ensures energy security to a large number of rural households. The government has pledged to provide steady and affordable supply of LPG to each Indian household. For this purpose, India is trying to expand and diversify the import of gas, through trans-national pipelines, and promoting the use of LNG.

Secondly, increased use of cooking gas would lead to less indoor pollution and less health hazards to rural women and children.

Lastly, women will be empowered as the connections are given to them, and the subsidy is directly transferred to their bank accounts. With reduced workload in kitchen, rural women can focus on other aspects of life; thus, addressing the aspect of gender security.

In the nutshell, it can be said that Pradhan Mantri Ujjwala Yojana played a positive role in assuring comfortable victory for the BJP in recent elections. Because, action speaks louder than words!

Disclaimer: Views and opinions expressed in the write-up are those of the author and do not necessarily reflect the organization she is affiliated to.