Unlocking Tourism Potential: What India Can Do To Woo More Tourists 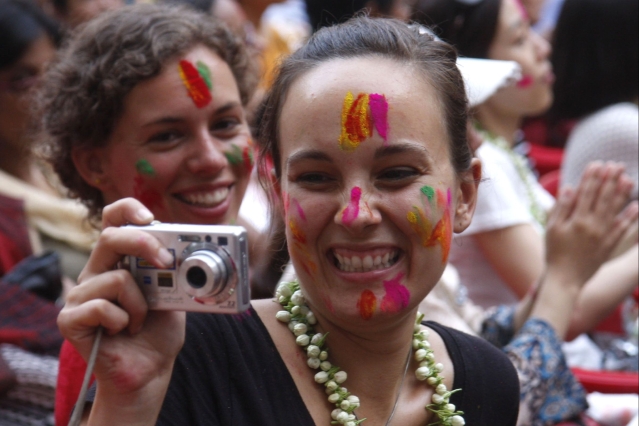 While all countries provide tourist wonders, India is uniquely capable of satisfying the body, mind and soul. From an abundance of natural wealth, to cultural richness to spiritual pursuits, India has something for every kind of tourist.

Every type of tourist experience is available in this country, which is actually of continental size, and India manages to tick every box in the expectations department. It is only a matter of tailoring the right package and providing the enabling mechanisms for tourists to find what they seek from the country.

While many sectors such as telecom or banking rightly occupy the public attention, the travel and tourism (T&T) sector is an unsung hero. The total contribution (direct and indirect) from this sector is estimated at a handsome $234 billion translating to 9.4 per cent of India’s gross domestic product (GDP).

On the face of it, this is an impressive number. Many measures have been taken in the last four years to promote tourism, primary among them being the ease of obtaining e-visas. The fact that foreign visitor volumes are increasing can be experienced first-hand by visiting the Delhi and Mumbai airports at the early morning wave, when the international flights are arriving.

However, the purpose of this article is that even with the strides being made, tremendous potential exists and this is only the tip of the iceberg. Few key features of the tourism and travel sector are to be borne in mind while discussing the way ahead:

UDAN And Increase In Tourist Convenience

In the past four years, there have been many strides taken in improving the convenience of travel which has a direct impact on tourist sentiment. When we talk of convenience, the role of the railways and aviation sector is critical. Travellers have a limited time and budget and it is critical that key tourist attractions have the best connectivity to minimise travel time for the tourist.

Primary among the schemes benefitting budget travellers is UDAN (Ude Desh ka Aam Naagarik scheme). It is a visionary, game-changing scheme that provides air travel connectivity to millions of Indian citizens at an affordable cost.

The airline industry is beset with high operational costs and prone to losses especially when oil price goes up. What is game changing about UDAN is the manner in which the Narendra Modi government has been able to design a financially sustainable scheme that puts many important Indian cities on the aviation map.

A total of 19 un-served destinations including important commercial and business hubs like Kanpur, Ludhiana, Salem have been put on the aviation map with the help of UDAN. As per data available in October 2018, 7.5 lakh passengers have travelled on UDAN flights with 4.5 lakh passengers having availed the subsidised fares. With more destinations planned in UDAN 3, we can expect greater access and attendant benefits to the country from the innovative scheme.

Increased Footfall, Increase In Jobs In The Past Four Years

It must also be noted that the thrust received by the tourism sector in the last four years has translated into hard numbers. Foreign tourist arrivals (FTAs) have gone up from 6.97 million (2013) to 10.18 million (2017).

Due to the nature of the T&T Industry, employment is created across multiple industries and across different parts of the value chain. The above employment numbers cover people involved in a plethora of activities like transportation (taxis, drivers, tour operators etc), travel agencies, accommodation (hotel and resorts), food and beverage (restaurants and food vendors) cultural shows and attractions, sports and recreational activities linked to tourism.

Jobs due to creation of infrastructure for tourists (including airlines, railways), retail sector jobs due to tourists, creation of allied jobs like security, cleaning, specialised IT services would come under indirect job creation.

Reaching Out To Neighbouring Countries For More Footfall

In 2017, India welcomed a little over 10 million foreign tourists.

The above table brings many interesting things to light. Our biggest source of inbound foreign travel is from neighbouring Bangladesh, constituting a whopping 22 per cent of the 10 million FTAs. Also, at number seven is another neighbour Sri Lanka.

According to a study by World Trade Organization (WTO), “the large majority of international travel takes place within travellers’ own region”. However, in India’s case, we see only 28 per cent (Bangladesh, Sri Lanka and Malaysia) coming from the immediate neighbourhood.

This indicates the potential for growth through traffic from neighbouring South Asian Association for Regional Cooperation (SAARC) countries as well as from the broader neighbourhood, the Association of South East Asian Nations (ASEAN).

It must be noted that the Modi government has taken many measures to this effect, something that has been neglected for a long time. Specifically, productive engagement with Bangladesh and the efforts to de-escalate and normalise the relationship with China are very significant for the T&T context as well.

The primary driver for the tourism from Bangladesh appears to be medical tourism. India must work to create as many facilities as possible to welcome foreigners seeking medical attention in our country. This will include ease of insurance claims and access for patients for funding in India through agreements between Indian and Bangladesh banks.

The biggest opportunity as well as tragedy of the region is that the two economic superpowers of the world have little tourist interaction between them. Chinese tourists are the biggest spenders in the world. They spent a whopping $258 billion in 2017 at an average of $185 per person. However, China does not even figure in the top 10 inbound destinations.

The key barrier for the influx of Chinese tourists seems to be perceptions around India on safety. Another major source of concern is language and food. However, this can be addressed by the government in coordination with the industry.

The other key countries in the ASEAN/SAARC region which are growing steadily are Thailand, Indonesia, Malaysia and Vietnam. The primary barrier for these tourists appears to be the ease of obtaining visas.

For example, Thai citizens’ outbound tourism is estimated to have doubled from 2011 and expected to hit 10 million in 2018. It is interesting that the largest growing destination for Thai tourists is Japan, which has eliminated visas for them.

Given the rich Buddhist heritage in India, India should be able to capture a large volume of these flows, provided more campaigns are undertaken to educate Thai tourists on the ease of obtaining e-visas.

The other tragedy of the Indian neighbourhood will be the fraught relationship between India and Pakistan, but that is beyond the scope of this article.

A Roadmap For The Future

The quantum of American tourists at 1.38 million and UK tourists at almost a million is very satisfying and a testimony to the influence and prestige of the Indian diaspora.

In terms of consumer behaviour, the bulk of US/EU tourists to India comprise young tourists truly looking to explore the world with an open mind. However, the youngsters are usually on limited budgets and need plenty of safe budget options for backpacking.

Ways in which India can increase influx of tourists from EU/Americas is as follows:

In India, we do have rail and bus passes but often it is not clear to the passenger about the way to obtain and use these passes.

The push by the Modi government to provide metro transport in cities across the country will greatly benefit the tourists, who can now criss-cross the city at economical prices, as opposed to relying on taxis.

Convenient 24/7 chat portals/apps, where tourists can get official information quickly is necessary to re-assure tourists and provide them the confidence to explore.

Creation Of Tourist Villages At Each State Capital

Each state in India has the heritage and cultural wealth that many countries do not possess. However, accessing this rich heritage may not only be time consuming but also practically impossible.

The ‘village’ will be in an open area with stalls from each district or a set of districts. The stalls can have homemade arts and crafts and local produce. They can also highlight cultural attractions in their district as well as food items unique to their districts.

This will provide the tourist a quick overview of the state and she/he can now plan to explore the state better.

Currently, India offers a 1363 facility for tourists equipped with multi lingual support. Anecdotally, in the author’s rough ‘dip stick’ survey, the awareness appears to be less. One proposal is to rebrand it as 911 or 4911.

Especially, in the case of emergencies, the presence of an app would also be critical.

For example, if a German tourist has met with an accident, which is the nearest hospital she/he should go to? Advertisements emphasising the service will provide great mental security and make India a more attractive place to visit.

Leading social media influencers from other nationalities as well as non-English speaking influencers could be invited to profile attractions in non-metro cities.

Almost any major European city has a river winding through it and the tourist has multiple leisure options such as cruises, self-propelled boating, canoeing etc.

In India, domestic river cruises are unheard of other than in the holy Ganga.

With renewed focus on waterways, courtesy the efforts of Minister of Road Transport and Highways, Nitin Gadkari, the possibility of cruise tourism in domestic rivers is sure to get a fillip.

The effort to woo European/US tourists must be taken in tandem with Indian air carriers. Availability of economical flight options is another driver of international tourism. Currently, Middle Eastern and European carriers offer the most popular choice for travellers from US/EU to visit India.

A coordinated effort between tourism department and Indian carriers to provide air capacity tactically or offer tourist charter flights at economical prices would greatly boost tourism from all corners of the world.

To summarise, over the last four years India has seen a heartening increase in the arrival of foreign tourists. In 2018 alone, we welcomed just over 10 million foreign tourists into our glorious country.

However, this is just the tip of the iceberg, and creation of infrastructure/policies/facilities can increase this number. How high can it get? To make a rough estimate, refer to the table below that shows the annual foreign tourist inflow into the most-visited nations of the world.

India still does not figure in the top eight on this list. But, as an aspirational goal, there is no reason, we cannot be number one.

However, as a realistic estimate, starting from the current volume of 10 million, and keeping a five-year timeframe, the following targets are achievable:

This results in approximately 20.7 million additional FTAs. Please note the above numbers are conservative and are proposed as a doable target.

Achieving the above target would result in India welcoming roughly 31 million travellers by 2024. Such a rise in tourism will have immediate positive effects on airline, hotel and hospitality, textiles, medical, taxi and transport and multiple other industries.