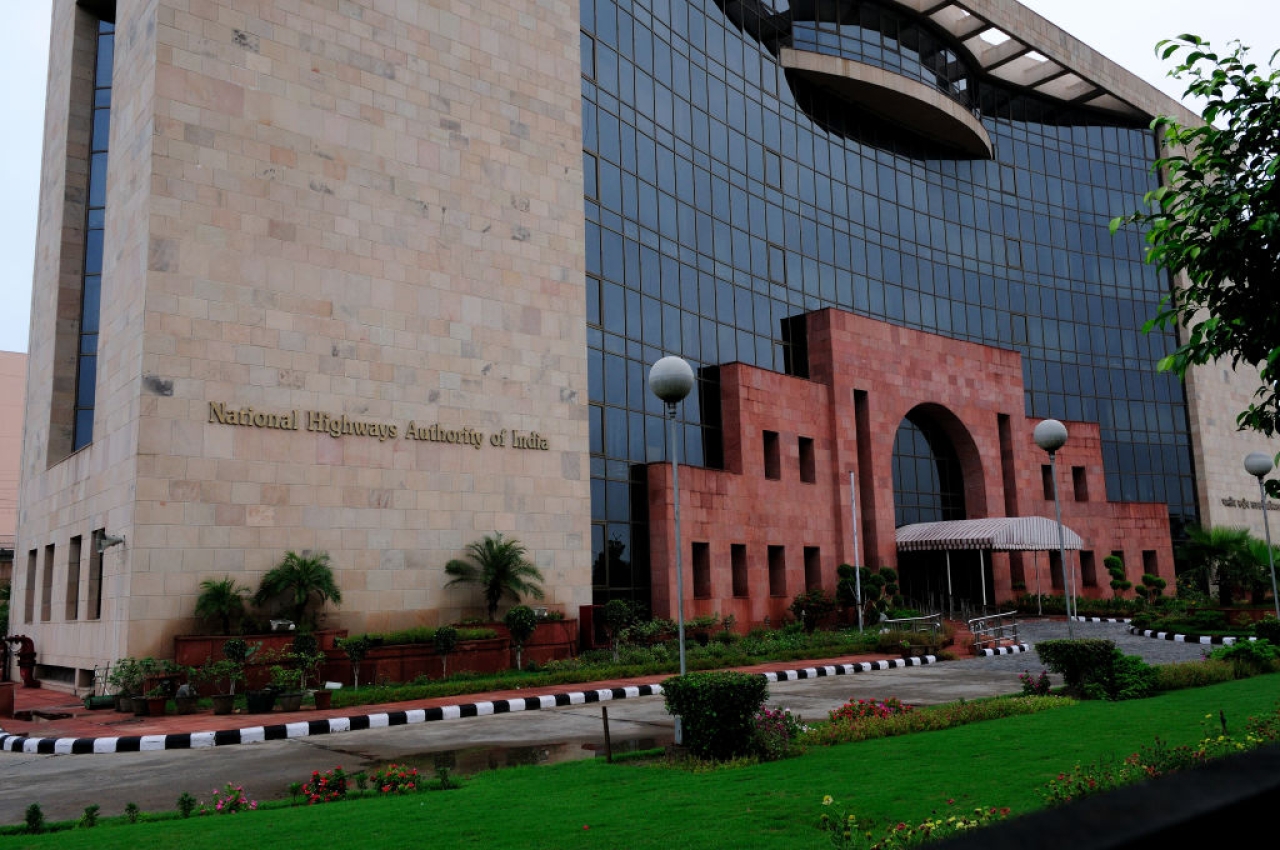 The office of National Highways Authority of India at Dwarka. (Pradeep Gaur/ Mint via GettyImages)

Every year, the National Highways Authority of India (NHAI) and other highway projects end up creating some 20,000 crorepatis, give or take a few. In one expressway project (Delhi-Jaipur), land prices have gone so high that anyone parting with one hectare of land gets to be a dollar millionaire. The average price per hectare went as high as Rs 6.43 crore in this project.

The United Progressive Alliance (UPA)-era Land Acquisition Act, which mandates the payment of upto four times the market price for land compulsorily acquired, has had two major implications: on the one hand, land acquisition has become easier, for who does not want to become a crorepati or dollar millionaire? On the other hand, many infrastructure projects are becoming unviable, more so since some states are charging hefty commissions from NHAI for acquiring land on its behalf. Payback periods will now stretch to many more decades compared to the past.

With per hectare prices hitting Rs 2.5 crore or even more for highway projects, most farmers are happy to sell.

According to a report in The Financial Express, land acquisition costs have soared from around nine per cent of total project costs in 2009 to 16 per cent in 2012 and a whopping 37-55 per cent now, with the higher end being reported in the New Delhi-Jaipur Expressway, with each hectare costing a staggering Rs 6.43 crore.

Put another way, anyone selling one acre of land for this expressway will be getting Rs 2.6 crore. Even where per hectare costs are lower at upto Rs 2.5 crore, each acre will fetch Rs 1 crore. In the Mumbai-Nagpur Super Communication Expressway, which is being overseen by the Maharashtra State Road Development Corporation, land is being acquired at five times the market value, which means average acquisitions costs even in rural areas are upwards of Rs 2.5 crore.

Effectively, the highway building programme is creating crorepatis out of ordinary farmers, who are lucky enough to own the land to be acquired for building highways. Since roughly one hectare is needed for building one kilometre of national highway, and one hectare translates to 2.47 acres, it means every one km of national highways is helping create two-and-a-half crorepatis.

While this suggests that at least some farmers and landowners are getting an easy pathway out of unviable agriculture, there is some bad news. When land costs are going to be more than half of overall project costs, it essentially means these projects will be unviable for decades. It also means that highways can no longer be financed through public-private partnerships, since no private player will want to invest so much only in land acquisition.

There are also other serious implications. When land is purchased at such high prices, it follows that the land immediately next to the highway will also zoom in value. The owners of these lands will be making huge gains for doing almost nothing. More crorepatis are being created.

Vinayak Chatterjee, co-founder and chairman of Feedback Infra, an infrastructure services and consulting company, told this writer in an informal conversation that one way to raise finances for future land acquisitions is to charge land development fees from the unintended beneficiaries of current highway development.

But there is another point worth checking: is most of this acquisition bounty going to the original landowner or middlemen and land aggregators? This can easily be found out by checking how many times the land acquired changed hands in the three years before final acquisition by NHAI or other agencies. Since agricultural land can only be sold to other agriculturists in many parts of the country, aggregators with prior knowledge of highway plans will be able to use this inside knowledge to make a killing.

Some changes are clearly warranted.

First, the Land Acquisition Act needs tweaking for several reasons. Given the high prices already being paid for acquisition, paying four times market prices hardly makes sense when the base on which this multiple is calculated has gone up.

Second, the real issue is about making sure that farmers are compensated fairly, and not overpaid. But this cannot be ensured if land is finally sold by aggregators, and not by the original owners. Aggregators and land sharks gain an upper hand since they have better knowledge of when the land use is going to change from farming to multi-use, including for building roads or urban housing. The only way to ensure that the original farmer gains is to make all land multi-use, but after identifying zones where there cannot be any development, or where the land which must always remain agricultural land. Once land becomes multi-use, no farmer will get a bad price since he need not sell it to another farmer. He can sell it to builders or NHAI or anybody.

Third, given that land prices are going to remain high, the only way to bring effective prices down is by allowing cities to build more vertically, which brings down average land prices. Another option is to make an inventory of all land that is already with government – with the railways, defence, public sector companies and state government entities. Once we know the total land available and its location, it can be leased out to builders, infrastructure companies, and others for development. This will benefit both the companies that own the land, and ease the pressure on land prices.

In 2016-17, 8,200 km of highways were built. If every km of land needs one hectare bought at an average price of Rs 2.5 crore, we have essentially created 20,000 crorepatis in one year, assuming an average land sale of just one acre per household.

It is good that farmers and landowners are finally getting a good deal from infrastructure development. However, the balance is now tilting in favour of creating thousands of rural crorepatis at the cost of taxpayers and citizens.

(This article was partly published first in DB Post)