What Bharatiya Management Is Not 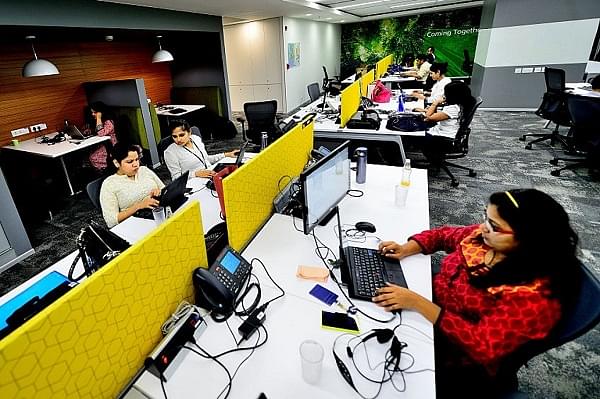 It must straightaway be said that there is no recognised body of formal knowledge that can be collectively described as ‘Bharatiya Management’.

At least as of now, this does not exist in a substantive way. What we do have are some critical texts — fundamental texts — that range across various disciplines that cover both the inner and outer dimensions, and by this, I mean the search for knowledge driven by the intellect and the search for truth or self-revelation driven by experience.

These texts are many and I will restrict myself to a few. Foremost among them is the sacred Bhagavad Gita which is perhaps best described as a handbook for life.

In contrast to other texts, this is a widely explored text and scholarly commentaries abound and can be perused with profit.

The Ribhu Gita and the Ashtavarka Gita can be used as complementary texts for a foundation course for management students that teaches them life skills.

This is, however, not necessarily the case with other texts as the Arthashastra or the beautiful discourse given by Bhishma to Yudhishtira while he lay on a bed of arrows waiting for the solstice, or the exemplary Yoga Vashishtha in which the young Sri Rama was taught essential skills from state administration to self-realisation.

Apart from the Bhagavad Gita, which can be used as a foundation course on self-development for aspiring managers or the Guru Gita which can be used as a foundation text to enunciate the Guru tatvam, almost all other texts need to be subject to study in a managerial context and insights culled from them that can intelligently inform managerial practice — either at the level of the individual or that of the firm. They need to be contemporised so that they reflect a modern idiom.

A few words in passing on what ‘Bharatiya Management’ is not is also pertinent. It is not a revivalist movement that assumes a monopoly on all kinds of wisdom.

It is not exclusivist. It does not claim to have a monopoly over the art, science and craft of management even while the foundation texts that form the sources of its inspiration do constitute the most authoritative pronouncements on the road to inner revelation.

There is, for example, no text quite comparable to the Bhagvad Gita on how to live in this universe while still in the body. It is not a Sanskritised Brahminical rehash of ancient Indian wisdom.

By the term Brahminical, I refer to the tendency to interpret inflexibility and dogmatism as a sign of character and strength (they never are), because these attributes ought to be far removed from the world of scholarship.

The top of the T square has to be management, not language.

While it is certainly a good idea to read the scriptures in the original, in Sanskrit or in Pali or in Tamil as the case may be, this is by no means essential in the isolation of insights from the epics or the scriptures and their integration into management education.

It is not necessary to be a Sanskrit pundit either. This will prove to be essential in courses on philosophy, ethics and statecraft but not in all areas of management. Felicity in Sanskrit is less important that scholarship in the discipline of management.

This is also because most of India’s spiritual heritage is available in the English language and it is a good idea to deploy them. The late Satya Sai Baba quite rightly derided modern education that was anchored upon disputation and controversy.

And by this, he certainly meant that education that did not combine the outer aspect of knowledge with the inner aspect of self-enquiry would lead to ignorance.

Education must combine what Mata Amritanandamayi described as ‘education for a living’ (growth of the intellect) with ‘education for life’ (growth in integrity and character).

This is precisely what Bharatiya Management is all about: enabling managers to view contribution to society as an integral part of their dharma.

But Vedic wisdom went deeper: the purpose of life lay in a relentless search for the divinity present within.

In the Mahabharata for example, the struggle is both within and without which is one of the many reasons why it is a great tale.

Life is presented warts and all: there is no effort to embellish, whitewash or sugar coat the truth. My Guru, Sri Sharavana Baba, once said: “Be a Hanuman in shakti or strength, a Sudama in bhakti or devotion and a Sri Rama in the performance of your karmas or actions. It is the surest way to mukti or liberation.”

In the managerial context, it is important to understand the implications of the reflections outlined above.

There is, for example, no recognised body of work that can come to be described as “Indian Management” or “Vedic Management” and yet, this does not preclude the fact that something akin to this genre of work could certainly become a reality tomorrow.

There can be no dispute about the fact that it is needed. But there is certainly something called “managing in India” or “managing in an emerging market”.

Being a discipline that developed in the United States against a historical context of Taylorism and Fordism, the US clearly has something like a 100-year leap ahead of us in this respect (in terms of inheritance).

When we read Western managerial literature, it is, yet not our own experience. While it clearly belongs to the managerial experience, it might not necessarily be our experience.

Unlike the developed markets of North America, Europe and Japan, the emerging market context of India, is I would argue, substantively different.

Yet the manager from an emerging market must have the necessary wherewithal to successfully navigate the global market.

Mata Amritanandmayi was once asked by a devotee to define the role of reasoning in spirituality.

She responded by saying ‘to give up all reasoning’ is the place of reasoning in spirituality.

The profundity of her response should not be missed because it is when the mind along with the senses are brought under control by the use of the intellect that the inner self is revealed.

The mind has to be conquered by the use of the mind.

The late Sri Babuji Maharaj, who founded the Srikaligardens Ashram in Guntur, while addressing a congregation of devotees in the Ashram, once asked them to define who is a good Brahmin?

The question elicited a variety of responses — from somebody who was learned in the Vedas, to knowledge of scriptures, performs the prescribed pilgrimages and practices the injunctions contained in the sacred books.

The Master was quiet and did not respond but preferred to maintain silence. When pressed to answer the question he had set them, he said:

“A good Brahmin is one who has given up Brahminism.”

The latter serves no useful purpose. The art, science and craft of management is essentially centered upon developing a creative response to a set of contradictory constraints.

As a formal discipline, it emerged in the United States against the historical backdrop of Taylorism and Fordism.

By Fordism, I refer to the revolution ushered by Henry Ford in the US as a result of which the average middle-class family secured access to something called an automobile.

And by Taylorism, I refer the work of Fredrick Winslow Taylor who along with Fayol is known as the Father of the modern assembly line.

I labour these points if only to demonstrate that management science was heavily influenced by analytics in its formative years and strongly intellect driven.

I mention this as a matter of historical fact and not as a subject of interpretation. The Western tradition of management has yet to recognise and accept that not everything in this world in subject to analytics.

The inner world cannot be subject to analytics but to the testimony of personal experience.

It was not until the late 90s that Daniel Goleman developed the notion of ‘emotional intelligence’ highlighting the importance of managers having to deal with their emotions and expending effort in developing emotional maturity.

I was informed recently by a student of Goleman that Neem Karoli Baba was Goleman’s Guru, and the inspiration of his work on emotional intelligence came from the Dalai Lama.

This was followed by the inauguration of spiritual intelligence into the world of management which began as an interest group in the year 2000 and has since acquired the status of a full-fledged division in the Academy of Management.

There have been yet other developments including concepts like social and cultural intelligence, all of which go to suggest that the Western tradition of management will have to come to terms with the limitations of analytics and the existence of an inner world which it has completely ignored at the behest of scientific enquiry, rationality and reasoning.

Accepting human experience as ‘data’ has been problematic in the Western scientific tradition and it is precisely here that Bharatiya Management can play a stellar role.

If a scholar authors a paper on his or her experiences with divinity and submits it to the Academy, it will be summarily rejected because it does not accord to their notions of scientific enquiry based on empirical data.

Historically, management education has evolved as a discipline in North America against the backdrop of Fordism and Taylorism.

Roughly 150 years later, it can justifiably boast of significant accomplishments in generating ideas and creating systems and processes that have helped humankind evolve for the better.

This has indisputably brought lasting and enduring value.

Nevertheless, management education is still a prisoner of its early historical orientation in some essential respects.

It is for example, heavily weighted in favour of the intellect at the expense of neglecting emotional, spiritual, social and cultural intelligences.

As a result, management education has hitherto done more to impart mastery over tools and techniques than to develop character and attitude.

We are in need of elevating management education to the next level by embracing these domains and helping them become an integral part of mainstream management discourse.

Indian corporate entities and the Indian diaspora need to come together to fund this effort and bring it to fruition.

Meeting this challenge successfully involves a coordinated and concerted effort to set the agenda for establishing Bharatiya Management on a firm and stable foundation. Foundation courses, core courses and elective courses will need to be identified and developed.

Experts from different domains of management need to be co-opted in creating curricula that meets the test of global standards. In reality, this is developing soft power at its best.

Bharatiya Management is India’s chance to demonstrate one of the key aspects of her soft power. Such is the nature of the opportunity.