What The Mughals REALLY Took From India 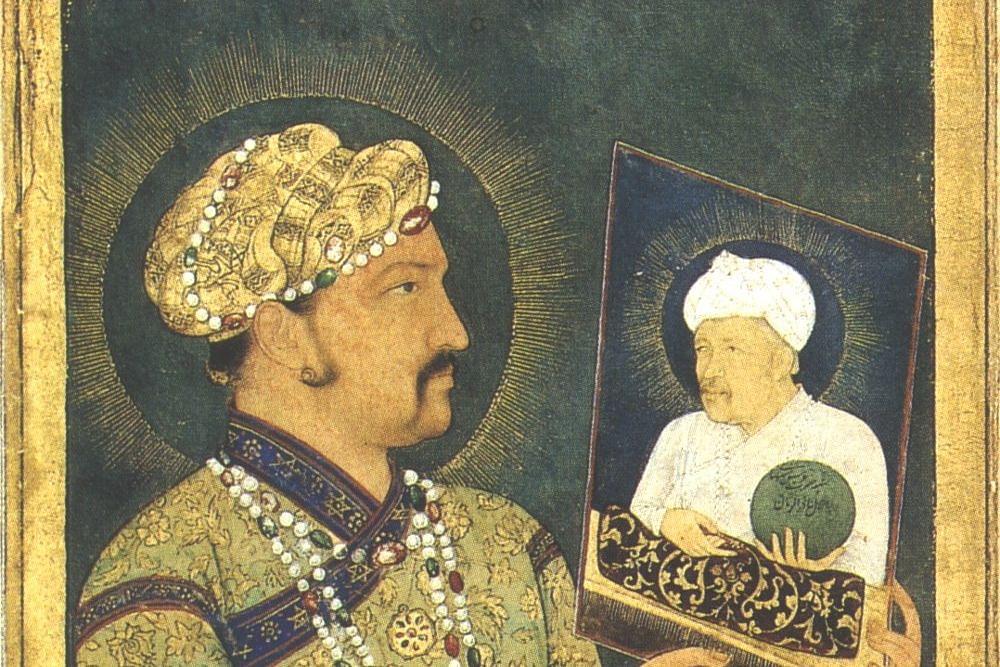 Jahangir with a portrait of Akbar

Recently, I took to Twitter to pose the following question to people: can you name a major scientific advance that came out of India during the times of the Delhi Sultanate/Mughal Empire?

Before this period, we can name several discoveries, such as Sushruta and his tools for surgery, the invention of the modern number system and the (so called) Pythagoras Theorem. Again, after this period ends, we see scientific discoveries emerging: Jagdish Bose sending radio signals, the Raman effect and Ramanujan’s discovery of mock theta functions.

So what happened in between?

To make sure we are being a bit more systematic about this, let me refer you to the Wikipedia page on inventions and discoveries on the Indian subcontinent.

There is the odd exception here and there, but the pattern is unmistakable: India stops creating new knowledge somewhere around the 1200s.

The search for knowledge restarts in the 1800s. In between, there is an era of darkness. This is the exact period when the West walks into the Enlightenment. By the time things change in India, we have a knowledge deficit of five or six centuries.

It is not enough to simply make this observation and then draw a conclusion about the effect of the Delhi Sultanate/Mughal Empire on India. You might ask: what if this was just a coincidence? How can you be sure that without the Muslim rulers, India would have followed a similar path of scientific/technical discoveries and ultimately the Industrial Revolution, as that of the West?

Well, nothing can be predicted with absolute certainty, especially not alternative history. But we can point out specific mechanisms by which these regimes stifled the creation of knowledge in India.

Temples are not just temples. The obsession of Muslim rulers with destroying temples had the effect of wiping out centres of learning.

The University of Oxford is so old that nobody knows exactly when it was established. However, what we do know is that religious sects of various orders settled in the general area which gradually coalesced into a university.

This overlap of religion with centres of scientific learning has a long history.

In Europe, many discoveries began with priests and monks of various religious orders.

Gregor Mendel, the father of genetics, was an Austrian priest.

The idea of the scientific method is often credited to Sir Francis Bacon and he studied under the Archbishop of Canterbury.

The insignia of great and famous universities in the West, even academic titles such as Ph.D (Doctor of Philosophy) bear all the markings of this connection between religion and science. The language of religion and the language of science used to be the same. Newton wrote in Latin.

The reason for this overlap was simple: the religious authorities were the only people who had leisure time. The idea of the modern, secular university came much later.

In fact, even later than we might think. When Rockefeller founded the University of Chicago in 1890, his aim was to have a college for Baptists in the Midwest. The university was founded under the auspices of the American Baptist Education Society.

Think about the amount of new knowledge that has been created at the University of Chicago ever since.

What happened in India? When Nalanda University was destroyed by Bakhtiyar Khilji around the year 1200, it wiped out what could have become the equal of Oxford. Each time a temple town like Kashi or Mathura was raided and its temples destroyed, a centre of learning ceased to exist.

This is what the Delhi Sultanate and the Mughal Empire really took from India. They might not have carted away gold and silver over impossibly long distances in an era when transportation and roads barely existed.

But what they cost us was potentially much more valuable than gold and silver. They cost us the discovery of new knowledge.

I was led to this realisation in an organic fashion, starting from the observation that the Mughal Empire had no navy worth its name.

The Mughal Empire was so rich and powerful that it should truly be considered a superpower. Yet, the Portuguese Navy of the time dominated Indian waters, giving protection to the Mughals.

Now, contrast this with the Chola Empire, which had a blue water navy of a million men and dominated the entire swathe of Southeast Asia.

In short, the Sultanate and the Mughals lacked vision. The fanatical suppression of “non-believers” in the empire sapped all their energies.

Kashi could not become a hub of creating new knowledge. Instead, there were pilgrim taxes to keep people from entering the city. There was a ban on construction of new temples.

No new centres of learning could be built and the focus remained on weakening, humiliating and destroying the existing ones.

By the 1800s, it was too late. The rest of the world had moved too far ahead.

Any king can defeat an enemy in war. But the king who goes to war against knowledge comes out as the ultimate loser.

This piece was first published on Abhishek Banerjee's blog.