Whataboutery – From Ambedkar To Armageddon: Principles And Pitfalls 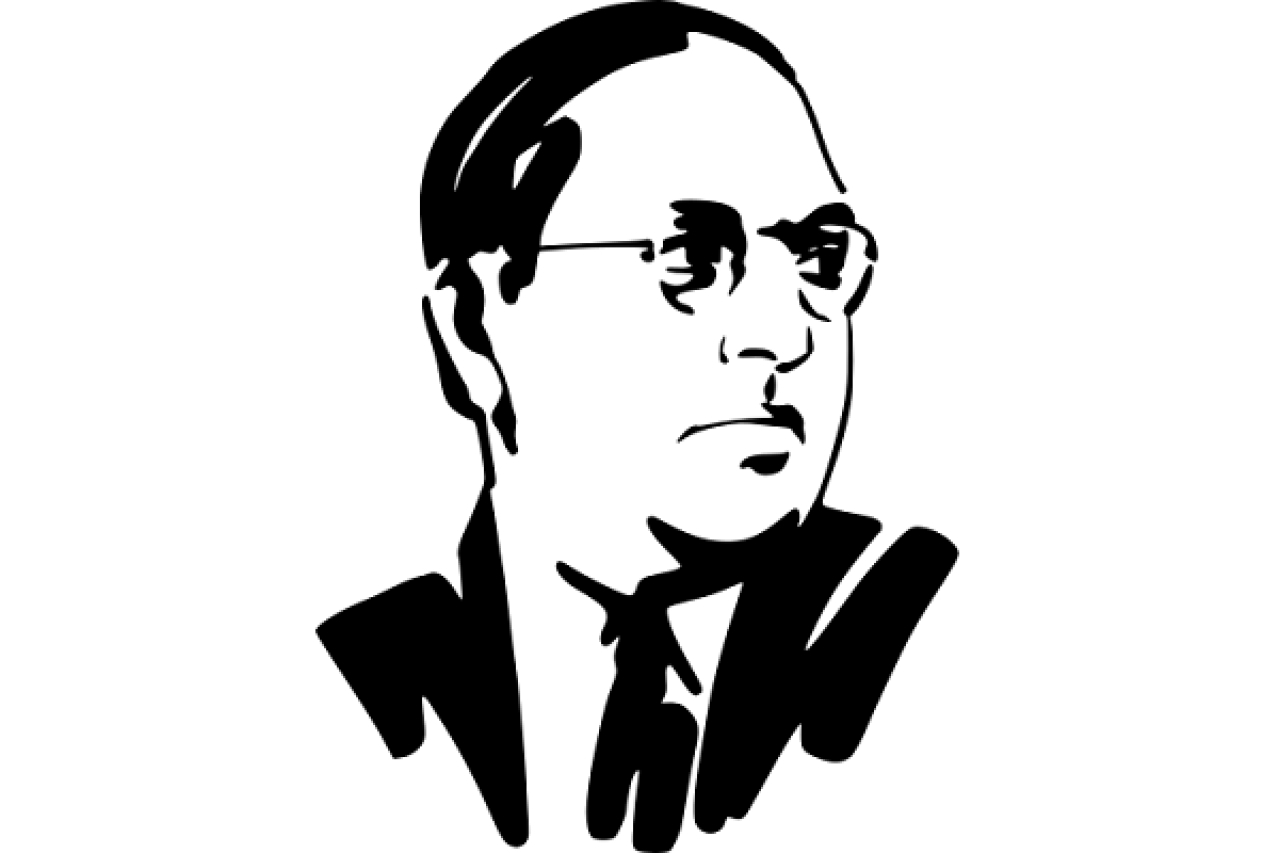 You are saying this now. But what about the fact that you said the exact opposite yesterday?

Anyone who has ever outed hypocrisy has employed the phrase “what about” in thought if not words.

“What about” and hypocrisy don't conform to the notoriously existential chicken-and-egg conundrum. Clearly, hypocrisy (or selectivity; see later) came first, necessitating the birth of “what about” so as the mother could be biometrically identified.

To be sure, why hypocrisy exists is a question psychologists and scientists have struggled with for decades. While some scientists are of the opinion that humans “have learnt that it pays to seem moral since it lets you avoid censure and guilt, but even better is appearing moral without having to pay the cost of actually being moral,” others think it is to do with moral relativism: “We apply the same moral relativism when judging the actions of people like ourselves. When ‘people like us’ torture, it is justified; when people unlike us do, it is an atrocity.”

Be that as it may, most if not all humans are hypocrites, and “what about” is integral to outing their hypocrisy. This is a fact so elementary and self-evident that it is embarrassing to even state it. Confounding, therefore, that men and women who inhabit the world of news and digital print don't grasp this; perhaps because the media narrative has traditionally been controlled by hypocrites who gladly out the hypocrisy of others but when their hypocrisy, or the hypocrisy of their ideology or of their political masters, is outed, they cry “Whataboutery” at the first instance of a rebuttal or the sighting of a tweet. Or as one scientist puts it: “When contemplating one’s own transgression, motives of rationalization and justification temper the initial negative response and lead to more lenient judgments.”

The left – of the fatigues, the champagne and the armchair mélange – is particularly adept at alleging Whataboutery as a means to end debates. This is ironic because, as we shall explore soon, Whataboutery was invented by the Soviets.

No man worth his salt can escape the satisfaction of outing the hypocrisy of others. Whether the act releases endorphins is debatable. What is not, is that it is an endowment of community living, of interaction with fellow humans. Spotting traits of moral intransigence possibly provides an evolutionary advantage to a species internally at loggerheads. It follows, therefore, that every sensible human being has used the phrase “what about” consciously or otherwise. No use pretending to the contrary – you don't want the charge of perjury in addition to hypocrisy thrown at you.

Hypocrisy and selectivity are bedfellows. If you point out selectivity, in the media or a running narrative or a news report, by asking a question that cites prior precedence or by outing the hypocrisy of the reporter, you have no option but to use the phrase “what about”, again in thought if not words.

Let us begin with the example of Dr Bhimrao Ramji Ambedkar. Commenting on selectivity in pointing out the social evils and regressive traits of just the Hindu society, he said:

“The social evils which characterize the Hindu Society, have been well known. The publication of 'Mother India' by Miss Mayo gave these evils the widest publicity. But while 'Mother India' served the purpose of exposing the evils and calling their authors at the bar of the world to answer for their sins, it created the unfortunate impression throughout the world that while the Hindus were groveling in the mud of these social evils and were conservative, the Muslims in India were free from them, and as compared to the Hindus, were a progressive people. That such an impression should prevail is surprising to those who know the Muslim Society in India at close quarters.”

In today's discourse, especially one managed by intellectuals of limited luminosity and bountiful bias, Ambedkar would have been accused immediately of indulging in Whataboutery. “Look,” they would have cried, "Ambedkar is hurt by the Wire, Kafila, and Scroll long reads that expound in great detail the many social evils in Hindu society, and so he has resorted to asking "what about" the social evils in Muslim society. Shameless bhakt. Dog-whistling Islamophobe. Unfollow him. Down-vote his books on Amazon.”

What Ambedkar was merely doing was pointing out the selectivity and hypocrisy of those who go to town highlighting only the evils that stem from Hinduism. And as stated earlier, pointing this out necessitated the use of the phrase “what about”; and even though Ambedkar didn’t use it himself, those who accused him of Whataboutery said he did. As to why Ambedkar felt the need to do so has been explained earlier by this writer.

Selectivity is a device that allows the biased to slap labels and define the narrative at will. The church attacks fable, the growing intolerance story line, the Lynchistan tag – these are all instances where selectivity was employed knowingly. There are hundreds, if not thousands, of more examples of media selectivity. This writer has discussed earlier the damage such selectivity-driven narratives can cause.

To reiterate, if calling out selectivity through Whataboutery is to be condemned or ridiculed, then let the first stone be hurled at Dr Ambedkar.

In the wake of the recent gruesome murder of Gauri Lankesh – a firebrand left-wing activist and journalist, and one incidentally convicted for printing lies against members of a political party she despised, vast sections of the English-language media displayed the kind of outrage rarely exhibited for instances of similar crimes against Indian journalists writing in regional languages. Within an hour of Lankesh’s murder, many celebrity journalists and media influencers had as though solved the crime itself. As writer and investigative journalist Chitra Subramaniam wrote of this collective seizure: Media’s swiftness to judge came at the expense of accuracy.

What followed next, and the days after, was a narrative one has become all too familiar with: growing fascism, creeping intolerance and mounting fanaticism were responsible for Lankesh's murder. No other ideology, no other animosity, no other possibility was accommodated. We know more than the police, we know more than the relatives of the deceased, we know more. We just do. Gut. Our gut knows.

In the all-consuming media madness, this writer tweeted a table that listed details of Indian journalists murdered since 2013. There were 22 of them, including Lankesh; the latter was the only one who wrote in English or appeared in the English media.

The tweet listed only facts, no opinions. It spread like wildfire, burning the barns of those who felt compelled to respond viciously, so troubled were they by guilt and shame.

22 Indian Journalists murdered since 2013. Gauri Lankesh was the only one who also wrote in English or appeared in the English media. pic.twitter.com/U4YIkG4Wvb

So what did the table say? Simply that the murder of a journalist belonging to a particular ideology and writing in English and appearing prominently in the English media was outraged upon noticeably and markedly more than the murder of her fellow journalists of unsure or no ideologies and who wrote in regional languages. The other 21 were also journalists and also putting in sweat and toil, but they were forgotten. No candle marches for them, no hashtags, no putting up of their names and snapshots as Twitter display pictures.

Columnists Sreemoy Talukdar and Anand Vardhan have elaborated on this perfidy, obvious to all except to those who cry Whataboutery. What the table said in numbers was expressed soon in words by journalist associations in Assam that, while condemning the killing of Lankesh, decried media indifference to 32 of their fallen comrades, now unrecalled and disremembered.

Such counters have also exposed something else, and confirmed the long-held suspicion that outrage and news cycles and listicles and running narratives in the Indian media – across all languages – are driven primarily by prominent, celebrity journalists and media influencers who write in English or appear in the English media. What the English media outrages on today, the rest follow. Incidentally, the table did not for a moment suggest Lankesh's murder was just another murder in a long line of murders, but the guilt-ridden rooftop screamers misconstrued it to be so. If I can shame you more than you can shame me, I can lessen my shame. What you have placed in front of me is not copper but Whataboutery-plated mirror. It does not reflect. I will not reflect.

Finding Whataboutery is a task not without its complexities, especially when those caught with their pants down are the very people who accuse others of Whataboutery at the slightest indication of a lost argument.

Many a time, Whataboutery is easy to spot, for the phrase “what about” is used.