Whose New Year Is It Anyway? 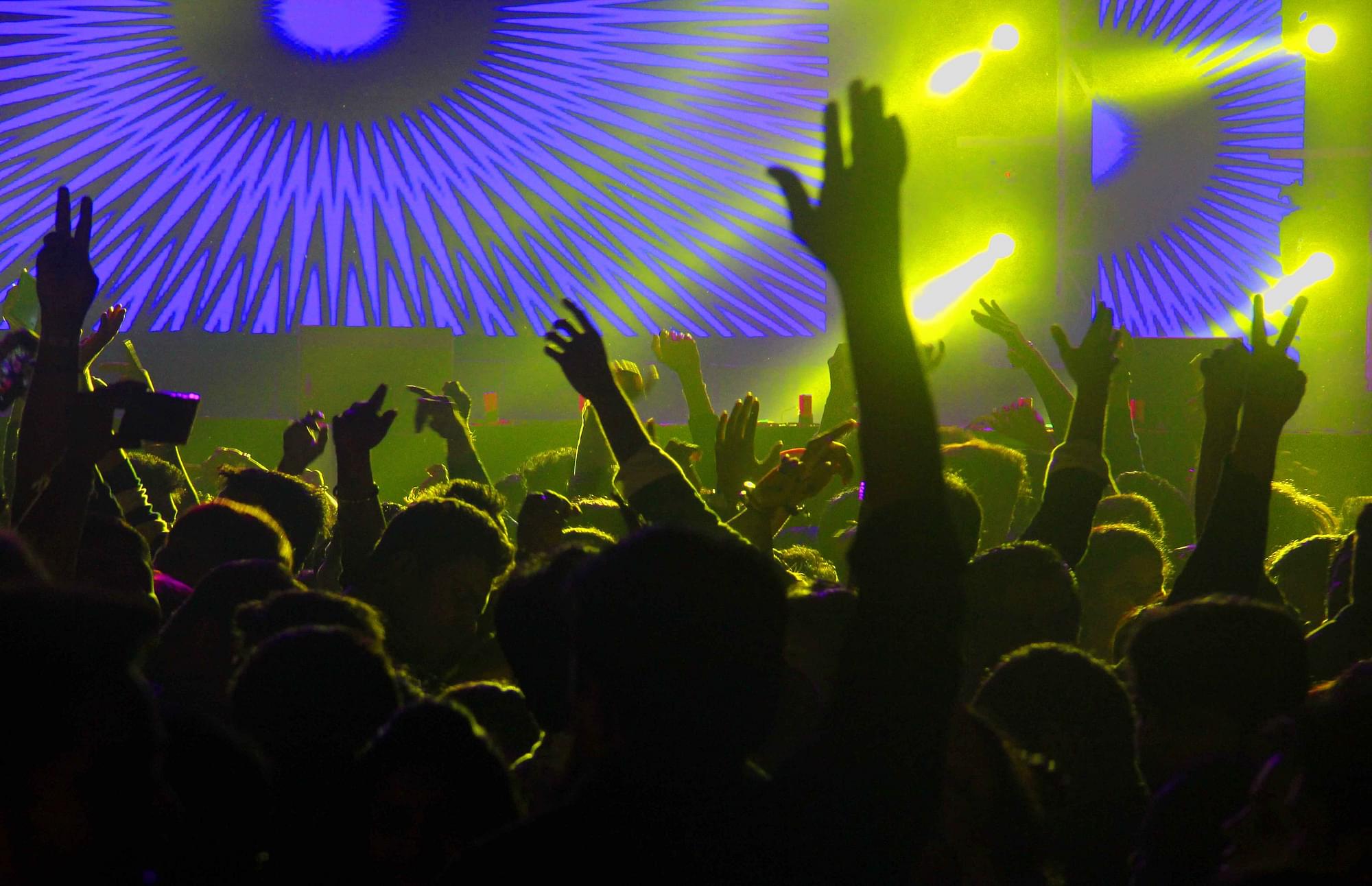 The arrival of a new year is welcomed with festival-like celebrations in every culture. But, it is extremely important to note that different cultures have their own systems of accounting time and as a result, their new year may not correspond with the Gregorian calendar, or to put it in simpler terms, their new year may not fall on the first day of January.

The new year, which we are celebrating by default, is actually the new year of the Gregorian calendar instituted by Roman pope, Gregory VIII in the 1582nd year after the birth of Jesus Christ. This calendar was adopted by the British only in 1752, and having colonised India for around two centuries, they successfully got Indians accustomed to the Gregorian calendar. If we go by this segment of history, the new year which we just celebrated is the Anglo-Roman New Year because it originated in the Roman culture and was widely practised after the English adopted it and took it to their colonies.

Following a calendar that is part of some other culture and shaped according to the knowledge system and the needs of that culture is not in the least problematic, as long as we are mindful of the fact that we are culturally different. These celebrations should come with the understanding that we have our own way of accounting time, which is conditioned to our specific geographical and anthropological requirements.

But, unfortunately, this understanding has been compromised to a large extent in the period of ‘cultural digestion’. Once a culture gets digested in the hegemony of another culture, the people belonging to the digested culture would automatically start getting alienated and cut off from their own roots. The native social institutions would get dismembered and their collective life would gradually dissipate. The cumulative effect would be growing ignorance about their culture and ways of life.

Today, a majority of urban youth is not at all familiar about the existence of calendars in the Indian tradition. The great astronomical accomplishments of Indians and the highly sophisticated calendar science based on those accomplishments is folklore for an average urban Indian youth.

They have no idea about the precision with which a household panchang can calculate the exact time and duration of an eclipse which is due to take place some decades later. 1 January is the only new year day that most know of, and the only reason they know about it is because it is the only thing that they are introduced to in their schools and even in their own families.

This sort of disconnectedness extends to multiple aspects, and eventually could lead to social fragmentation. But what are the reasons behind this alienation? Of course, the major reason is the continuing colonisation of our minds. Enjoying the remnants of a few hundred years of colonialism and imperialism, along with hegemony in knowledge production, the Anglo-American traditions have popularised themselves as the ‘universal’ and ‘standard’ feature in our society.

We have brought in their narrative without questioning it and we have failed to offer our alternative narrative as a challenge to them. Secondly, the political elite in post-Independence India were least bothered about the maintenance of the cultural knowledge traditions. In fact, they would see ‘culture’ as a relic of the past which might impede the journey towards modernisation.

Or worse, a dominant section among these political elite would see Indian ‘culture’ as ‘communal’ and would actively discourage it. The ‘de-culturisation’ of the public sphere was one of the major goals of the Nehruvian state practices. The academic institutions, though public spaces, found themselves unable to research or even discuss alternative knowledge systems. Therefore, there is almost no mention of Indian calendars in the educational curricula catering to Indian students.

Though, at the time of the drafting of our Constitution, there were voices in the Constituent Assembly which could effectively point out the need to adopt some calendar located in Indian knowledge tradition as our national calendar. Constitutionally, the Saka Samvat was accepted as the national calendar, which was arguably instituted by Kanishka in 78 B.C. Another calendar, called the Vikram Samvat, which is more widely used than Saka Samvat, is said to be instituted by Vikramaditya in 58 B.C. Both these calendars have the same mathematical divisions of months and days, and they use a combination of solar and lunar movements and the position of nakshatras to ascertain dates.

Apart from these calendars, almost every region of India has its own calendar, and the festivals are celebrated according to these local calendars. The Sikhs in Punjab have Nanakshahi calendar which celebrates the first day of Chaitra as the new year day. Bengal has Bangabda, the Bengali calendar which sets the first day of Baishakh as the new year day (called Poila Baishakh).

Interestingly, the Bangabda was adopted as the national calendar of an Islamic country like Bangladesh in the year 1987. The new year is celebrated by different names in different parts of the country. In Karnataka, Andhra Pradesh and Telangana, it’s Ugadi; Puthandu in Tamil Nadu; Gudi Padwa in Maharashtra; Rongali Bihu in Assam; Maha Bishubha Sankranti in Odisha etc.

All these calendars used in different regions still have the beginning of the year marked somewhere around the onset of the spring season. There are two insights that can be drawn from this. Firstly, the timing of the inauguration of a fresh year in the Indian context corresponds to the changes happening in the nature.

It simply means that the Indian calendars are located in the knowledge traditions which are sensitive as well as responsive to the cycle of nature where spring heralds a new beginning. Secondly, these calendars, used all through the different regions of the Indian Sub-continent, have remarkable coherence. Despite, the regional differences the beginning of the year is synchronised, which is actually the reflection of the ‘cultural unity’ of the subcontinent.

Local Calendars Across The Globe

Coming back to the question of the new year on 1 January, we must note that the Gregorian calendar has replaced the Julian calendar which was instituted by the Roman ruler Julius Caesar in the year 46 B.C. A calendar can not only be seen as a symbol of culture but also as a symbol of power.

Emperors all over the world have instituted calendars in their name. In 1577 A.D, Pope Gregory appointed a commission led by physician Aloysius Lilius and astronomer Christopher Clavius to remove the flaws of the Julian calendar. The new calendar thus devised, was readily adopted by Catholic countries like Spain, Italy and Portugal following the orders of the pope. They took this calendar to their vast colonies in Latin America, Africa and South East Asia.

But, the protestant countries were hesitant to adopt the Gregorian calendar, which they saw as a symbol of Catholic supremacy. But, in order to not disturb the demands of trade, they finally adopted it in the mid-eighteenth century. The Julian calendar and other calendars existed till recent times. The anniversaries of many significant events happening in the twentieth century are celebrated in different dates in different countries, which indicate the use of local calendars.

For example, Bolshevik Revolution of 1917 in Russia, which is called the October Revolution, actually took place on 7 November according to the Gregorian calendar. Since, the Russians followed the Julian calendar even till the twentieth century they observe the day with a 13-day delay. Thus, the revolution, for Russians happened on 25 October and hence, they call it the October Revolution. Turkey followed both the Julian and the Islamic calendar till 1917.

But, today, most of the countries of the world have adopted the Gregorian calendar for co-ordination purposes. Saudi Arabia shifted from the Islamic calendar to the Gregorian calendar only in 2016. This decision of the Saudi regime was motivated by economic reasons as the change would cut down 11 holidays helping in the austerity drive in the troubled economy of the kingdom.

The universal acceptance of the Gregorian calendar undoubtedly has some issues which need to be flagged. It kills the diversity of knowledge systems and harms the cultures associated with them but that is also because the local populations choose to become alienated from their culture. Most importantly, the Gregorian calendar imposes the linear or chronological understanding of time on all the cultures. The Indian conception of time is not linear. It is cyclical.

There is an urgent need to sensitise the Indian youth to the different cultural conceptions of time. It can be done through the active participation of academic institutions and think tanks. A youth well aware about the suitability of a calendar in its cultural context will make an informed and conscious choice to acknowledge and accept their uniqueness.

Shashank Tiwari is a research scholar at Delhi University.