Why CUCET Matters: It Will Render Board Exams Useless And Stop Marks Inflation But Won’t End The Minority Privilege 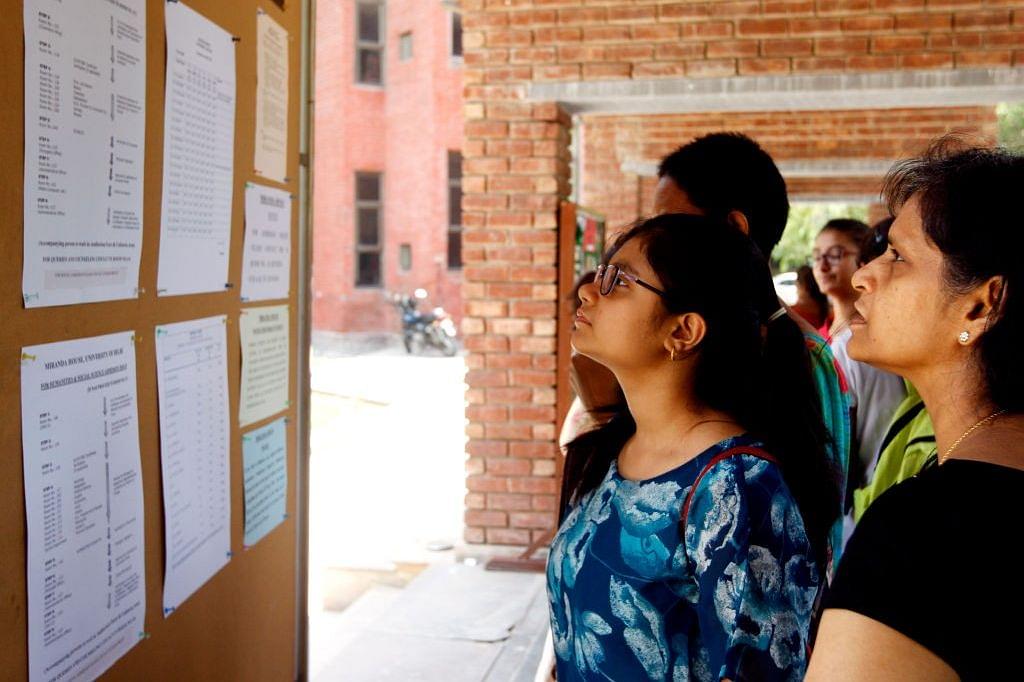 Today (12 January), in its 159th academic council meeting, Jawaharlal Nehru University (JNU) endorsed its earlier decision (taken in March 2021 in the 157th meeting) to hold admission to various courses via a common entrance test to be conducted by National Testing Agency (NTA) for all centrally-funded higher education institutions.

On Saturday (8 January), Delhi University vice-chancellor also informed to change its admission process from this year and switch to the common entrance test route.

“Earlier, only 14 central universities were conducting admissions under CUCET, but in the next academic session, all 45 central universities across the country will have to use the CUCET score for UG and PG admissions. Even the counselling will be centralised and merit-based, much like NEET and JEE,“ chairman of the recommendation committee for conducting CUCET Raghavendra P Tiwari said.

A national exam for central universities, one of the recommendations of the National Education Policy (NEP), will be a welcome change in the admission process at higher education level, especially for the colleges affiliated to Delhi University where counselling procedure has been in a complete mess for many years now. And no, one is not merely celebrating the end of an era of 100 per cent cut offs.

There will be two important consequences of CUCET that were badly needed.

First, a system that encouraged rampant marks inflation by state boards, discriminating many hardworking students from other states and boards thereby putting them at great disadvantage will end from this year.

Take the DU admission process. Earlier, colleges under DU used Class XII board exam marks to decide the cut-offs to various courses. Since no normalisation was done across the boards, a person getting 95 per cent marks in a board that grades liberally will get priority before a student who scored say 93 per cent in a board that grades more strictly. This was causing huge resentment among students year after year.

If it was Kerala in 2021, Tamil Nadu ruled the roost in 2016 when out of 160 seats in Shri Ram College of Commerce’s BCom (honours) course, 110 seats were secured by students affiliated to Tamil Nadu state board. Of these 110, 50 seats were from one school in Erode district!

In the absence of a standardised test, colleges were also not allowed to use an additional filter in form of a separate exam or an interview. Nor was there any normalisation of marks being done. It provided state boards to strategically exploit the system to push more of their state students into top colleges in DU.

Now this abuse will be stopped.

Second welcome development will be further reduction in importance of board exams which are already in crisis. Admissions in DU and some other such universities were the only last bastions that were still relying on scores in board exams to select students. Now that that window is also closing, they will be rendered almost useless.

It was about time for these exams lost their utility long back and should now be replaced with a better system that is tougher but not burdensome. This is exactly what the NEP’s recommendations also hope to achieve — de facto if not de jure. NEP has proposed to give flexibility in choosing courses especially for students in Class IX to XII.

Further it states that the NTA will conduct “specialized common subject exams in the sciences, humanities, languages, arts, and vocational subjects" and "students will be able to choose the subjects for taking the test, and each university will be able to see each student’s individual subject portfolio and admit students into their programmes based on individual interests and talents.”

Moreover, the “Public and private universities, including premier institutions like the IITs and NITs“ will be able to use the results of “Olympiads and competitions in various subjects across the country“ as part of the criteria for admissions into their undergraduate programmes.

Such national tests will help stream bright students in different fields and they can be picked by good institutions/colleges/even firms for specialised training or job. The flexibility in taking courses and exams is a very exciting feature of the policy and can actually improve a lot of things including radically transforming the way higher education institutions give admissions. Whatever importance board exams will have will be no longer there once NEP is faithfully implemented.

However, there is one significant discrimination that neither CUCET nor NEP has plans to tackle: the minority privilege.

Let’s take DU as an example. There are two types of colleges in DU — minority-run institutions like St Stephens‘, Jesus and Mary, Khalsa colleges, etc and the rest run by non-minorities (essentially the ones run by Hindus). On the surface, admission process for both seems similar but there is a big difference. The minority colleges though will take CUCET scores for consideration, they will also have an additional criteria (like St Stephens‘ has an additional aptitude test and interview). This privilege is not available to non-minority colleges.

Additionally, minority colleges do not follow Centre’s reservation policy as far as giving 27 per cent quota to Other Backward Classes is concerned. They only have SC/ST quota. This is because minority colleges are allowed to admit up to 50 per cent of students from the minority community to which the institution belongs. This is why half of the seats in St Stephens’ are reserved for Christians (and there are separate quotas within that quota for Delhi Diocese, Church of North India, ST Christians and so on). This despite the fact that these colleges are funded by the central government.

One hopes that the Narendra Modi government will pay attention to this great anomaly in our education system as well and address it as soon as possible.