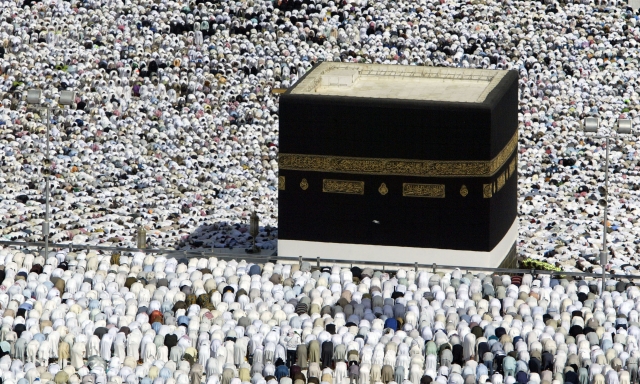 It is not surprising that as soon as the National Democratic Alliance government announced an end to the Haj subsidy earlier this week, the “secular” media popped the question: what about the subsidies paid for Hindu pilgrims going to Manasarovar? And what about the crores spent on the Kumbh melas? India’s rising mini-Jinnah, Asaduddin Owaisi of the Majlis-e-Ittehadul Muslimeen, even asked what about Article 290A, which promises all of Rs 46.5 lakh to the Travancore Devaswom Board.

Nevertheless, it is worth answering the critics who drew an immediate equivalence between the abolition of the Haj subsidy and the expenditure on the various Kumbh melas.

The first thing to emphasise is that one must differentiate between subsidies for individuals, and expenditures incurred in relation to an event that may have religious overtones. One is a private good – where the benefit goes to an individual – and the other is a public good, where the spending benefits a wider cross-section of the people.

The Haj subsidy is paid to individuals seeking to go on a pilgrimage to Islam’s holy places, and is thus a private good provided to some citizens. Thus, it is fair to ask whether pilgrims to the Chardham Yatra or Manasarovar should be entitled to subsidies. At a later stage, one will make a case that the Chardham subsidy is more justifiable than that to the Haj.

One, governments spend on domestic pilgrim events – whether it is the Kumbh or the Ajmer-Sharif Urs or the Velankanni festival – are not largely about subsidising pilgrims, but about maintaining law and order, providing basic things like drinking water and toilets, and running special trains to pilgrimage spots. Social service organisations also provide free food and water in some places. The vast bulk of the spending on Kumbhs and Urs is about public goods, and beneficial to all.

Two, religious events are also cultural and business opportunities. In the last Kumbh in Prayag in 2013, the Uttar Pradesh government planned to spend Rs 2,500 crore and expected business worth Rs 12,000 crore. The high expenses should, in this case, be seen as an investment in improving livelihoods locally and to boost tourism. The Simhasta Kumbh in Madhya Pradesh in 2016 provided brands an opportunity to target millions of consumers in one geographical spot.

Three, there is a grey zone in pilgrim subsidies. When the central and/or state governments provide subsidies to Indian pilgrims visiting largely Indian pilgrimage spots, the money is spent in India, and is thus akin to a business subsidy to tour operators and the shopping areas of the pilgrim centre. It is thus an investment is boosting local business, local entrepreneurship. (The exceptions are Kailash-Manasarovar, which are in Tibet, for which Yogi Adityanath has increased subsidies, and Sikh pilgrim sites in Pakistan). Giving money for the Haj is different, for while it may benefit one airline (Air India), the bulk of pilgrim spends happen in Saudi Arabia. Logically, it is the Saudi government that should subsidise Haj pilgrims, for any Muslim making this trip – or the Umra – is essentially benefitting the Saudi economy, not India.

Four, there is the larger question of whether governments should favour any religion, including Hinduism and other Indic faiths like Sikhism, Buddhism and Jainism and a multitude of tribal and smaller cultural and belief systems. Those who believe that the state should stay away fully from favouring or disfavouring religion are certainly right in theory, but before we come to this conclusion, we also need to ask a more neutral question: which are the religions currently favoured in India? The answer, with some hesitation, is non-Hindu religions. The southern states between them run some 100,000 temples. The burden of the Right to Education Act falls unfairly only on the majority community institutions. Even state-aided minority schools get greater freedom to manage their affairs than majority-run ones. So, before we apply the “equidistance” logic to Hindus, we first need to get rid of all this unwelcome interference by the state in the case of the majority religion. Once temples are freed from the clutches of the state, the riches of the Sri Padmanabhaswamy temple alone (estimated at over Rs 100,000 crore) or the Tirumala Tirupati Devasthanams alone will be enough to subsidise all pilgrim activities of Hindus. There would be no need for state subsidies.

Five, again one must ask a basic question: if some religions need special treatment, which should those religions be in the case of India? The answer obviously is Hinduism and other Indic and tribal faiths. This may sound unreasonable to those who believe that the state should be completely free from such biases, but we don’t live in an ideal world. India is the only place where Hindus can feel safe and secure. There are scores of Islamic and Christian countries; the rich countries can pour dollars and petrodollars in India to promote their faiths. India has only its own meagre private and public resources to protect the interests of Hindus and other Indic religions. This is the logic why we need to use our resources to help Hindus persecuted elsewhere (mostly in our two neighbouring countries). We have less of an obligation to provide the same succour to the Rohingyas, who are not only a security threat, but will also begin altering local demographies if allowed to settle here.

India owes more to its majority than to its alleged minorities – minorities which are not minorities in the global scenario. Both Christianity and Islam are richer and more powerful and more multitudinous than Indic faiths. This does not mean India can discriminate against its minorities in a civic sense, but in religions matters, Indic faiths have to be given a better helping hand.