Why India Can Do Without Rohingyas 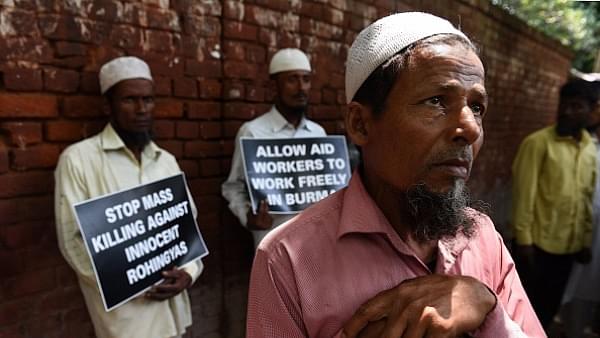 Thereafter, noted lawyer Prashant Bhushan petitioned the Supreme Court questioning the centre's directive. While the centre told the Supreme Court yesterday (14 September) that the Rohingya cannot stay in India as they are a threat to national security, there are civilisational issues which need to be spelt out.

First, a background on the people that India gave refuge to.

Centuries before the Indian Constitution came into existence, persecuted communities like Parsis, Jews and Syrian Catholics were given refuge by Indian rulers.

The fourteenth Dalai Lama and his Tibetan followers fled to India in 1959. They were given refuge because India and Tibet are tied by Buddhism and the centuries-old cultural and spiritual ties. It did not matter that India had not signed the 1951 Refugee Convention.

When Idi Amin threw Indians out of Uganda around 1972, many Gujaratis chose to return to their homeland, India.

Due to atrocities committed by the Pakistan Army in East Pakistan, there was a flow of refugees into West Bengal in 1971.

There was large-scale migration of Sikhs due to the violence that broke out after the Soviet invasion of Afghanistan in 1979.

India has given refuge to the persecuted.

Having said that, it is important to note that India was divided on the basis of religion in 1947.

Pakistan was meant to be the home of those subcontinent Muslims who chose to live in a theocratic state, while India was for the followers of Dharma (Hindus, Buddhists, Jains and Sikhs, referred to as FoD subsequently), Muslims and Christians among others. The post-partition Indian Muslims and Christians are at least ready to co-habit and co-exist with the FoD.

Next, what happened to the FoD who stayed in Bangladesh and Pakistan?

More recently, Chakmas (Buddhists) and Hajongs (Hindus) are in the news because the government has decided to give them citizenship rights. They faced religious persecution in East Pakistan and entered India through the then Lushai Hills district of Assam (now Mizoram).

The fall in population of the FoD in the two neighbouring Islamic countries symbolises their state.

Conversely, let us at look at the Muslim population in India.

As compared to the significant drop in population of the FoD in Pakistan and Bangladesh, Muslims in India have grown from 10.4 per cent to 14.2 per cent of the population. In absolute numbers, their population has increased from 3.77 crore to 17.22 crore.

It seems that large numbers of Muslims from the Chittagong region of what now constitutes Bangladesh were settled in the Rakhine (Arakan) part of Myanmar in and around the turn of the twentieth century. There was another major movement of Muslims from Chittagong to Rakhine from the 1980s.

Muslims in Rakhine have been demanding for an autonomous state to be carved out from Myanmar exclusively for them. (India could soon face a similar demand in Assam.) The movement took an aggressive turn in the 1990s.

The followers of dharma would ask:

There are 50 Muslim-majority countries in the world. Surely, Rakhine Muslims could find refuge there.

After all, for the FoD, India is their only home. It is the birthplace of dharma – Sanatan, Buddhist, Jaina and Sikh dharma and where their rishis, munis and gurus lived and the principal places of worship exist.

So when persecuted elsewhere, India is naturally the country they choose to return to. Therefore, Sikhs from Afghanistan and Hindus from Bangladesh came to India.

Conversely, since Islam and Christianity originated outside India, when persecuted, their followers can get asylum in any Muslim and Christian country.

It is because of their religion's foreign origins that a perusal of the remittances made under the Foreign Contribution Regulation Act shows foreign Christian organisations remitting billions of dollars to Indian ones, unlike the FoD, who receive money from the non-resident Indian populace. Ditto for Muslims.

Another interesting fact is the presence of Rakhine Muslims in the Jammu and Ladakh regions of Jammu and Kashmir. That they have chosen to settle there and not in Kashmir Valley implies an organised and deeper intent. These regions are, after all, a long way away from the Myanmar border.

Also, there is much violence in many parts of the Muslim world. This results in ordinary people fleeing to safer countries as we are witnessing today. The refugees would add to India's fiscal burden and create social tensions because of the demographic changes.

During a 2012 visit to Bastar, this writer met many tribals who were unhappy with former prime minister Indira Gandhi's decision to settle Bengali migrants in their region. For them, life changed forever.

India is unable to cope with at least one crore illegal Bangladeshi immigrants; yet some want more of them.

India has been a victim of illegal Bangladeshi immigration for years. The Assam agitation of the 1980s was in response to the demographic changes brought about by such migration.

The situation has worsened since then, with Bangladeshis now residing in virtually every part of India.

During a 2016 visit to Siachen, this writer met with a group of Bangladeshi labourers some distance from the base camp.

The rulers of West Bengal, be it the left earlier or Trinamool Congress now, derive their vote banks from illegal Bangladeshi immigrants. The BJP has used this issue to get votes but not done much to stop infiltration or to deport illegal immigrants.

The Supreme Court too had expressed concern about such illegal immigration in December 2014. In the absence of political will, there is only this much a court order can do.

In spite of this, liberals could have two arguments to make.

One, how can the Government of India permit the FoD but exclude Rakhine Muslims from being accepted as refugees? They could buttress their argument by referring to Articles 14 and 15 of the Indian Constitution, which reads:

“Equality before law: The State shall not deny to any person equality before the law or the equal protection of the laws within the territory of India. Prohibition of discrimination on grounds of religion, race, caste, sex or place of birth: The State shall not discriminate against any citizen on grounds only of religion, race, caste, sex, place of birth or any of them.”

There is nothing wrong in excluding those who belong to a specific religion. India was partitioned on religious lines in 1947. Those Muslims who wanted to live in Pakistan left India, a decision they voluntarily made. Just because some of them are being persecuted today does not give them the right to return to India, a country their forefathers left for good.

Two, if Nepalis can live in India, why not Bangladeshis? It is often forgotten that the Indo-Nepal Friendship Treaty of 1950 permits Nepalis to live and work in India. We have no equivalent treaty with Bangladesh. It is a misnomer that all Nepalis are Hindus. During the recent Gorkhaland agitation, a large number of protesters were Nepali Muslims.

This writer leaves you with the words of Sardar Patel.

If the process that was adopted which resulted in the separation of the country is to be repeated, then I say: those who want to have a place in Pakistan and not here. Here, we are building a nation and we are laying a foundation of One Nation, and those who choose to divide again and sow the seeds of disruption will have no place, no quarter here and I must say plainly enough. (Constituent Assembly debate, Volume-V)