Why Janata Curfew Is Critical In India’s Fight Against Coronavirus 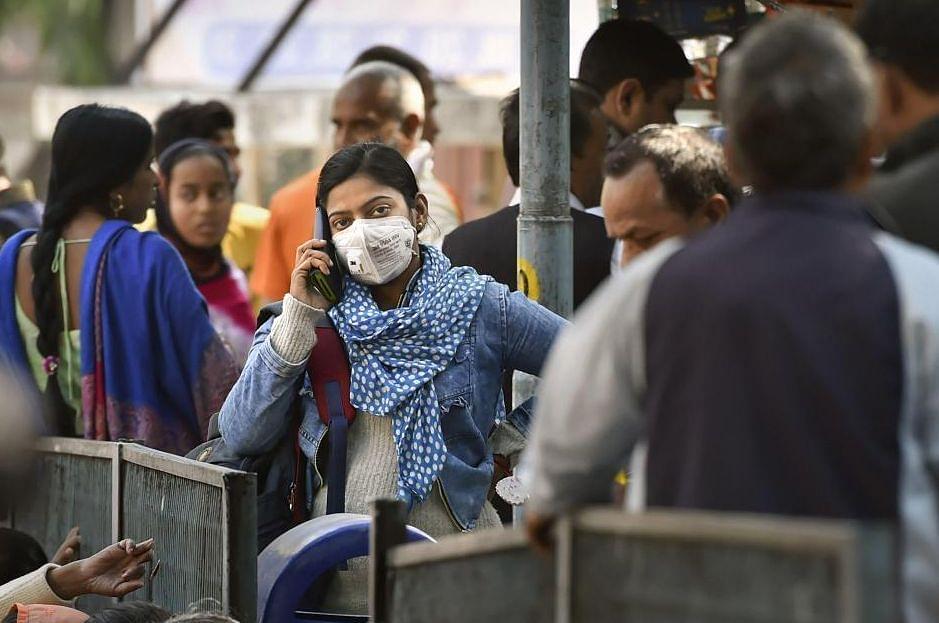 Earlier today (21 March), India breached the 275 mark for the total number of people tested positive for Covid-19. While 4 people have succumbed to the virus, 23 have completely recovered from it. As of now, of the 296 cases, no one is currently admitted in the Intensive Care Unit (ICU).

In his evening address to the nation on 19 March, Prime Minister Narendra Modi requested everyone barring those engaged in essential services, to stay at home from 7 am to 9 pm on 22 March, calling it a ‘Janata Curfew’.

It is clearly a sign of unusual times when, in peacetime, the leader of a nation has to appeal for a nationwide voluntary curfew. The call has received a positive response. Many non-essential services have already shut down.

One may see a nationwide curfew as an overreaction when the number of confirmed cases stands at 294 in a nation of 1.3 billion people.

However, as the trajectory of total cases from the likes of Italy shows, we are only starting out. From here, either the nation can move towards flattening the curve, as South Korea has done, or have a spread that mirrors the magnitude in Italy, Germany, or France.

Having only 250 cases is no sign of success in curbing the spread. It is after the first 250 cases or so that it all went south for many countries.

Let’s have a look:

(Do note, given the lack of clarity about the data of Iran and China, they have been intentionally omitted from the analysis. Also, for any democratic nation, attempting a China-like shutdown is impossible. Therefore, India’s lessons are best learned from other democracies.)

India, however, went from 0 to 250+ in 51 days, given the extensive measures we took with respect to air travel restrictions and mandatory quarantine for patients returning from hotspots. The smaller number of flights from China may have added to this as well.

However, while the above number may trick us into believing that the job is done, it's not. As noted above, it is after the first 250 cases or so that it all went south for the above-mentioned countries.

In 18 days, South Korea went from 155 cases to more than 7,300 before the curve began to flatten due to the number of efforts of the administration there. More on that later.

What was common to all, apart from the slow (with the exception of the Swiss) beginning to 250 cases was an exponential rise in the number of cases in about two weeks.

The graphs below show the exponential increase.

This is the first reason why India must be worried. While it took India 51 days to get to its first 250 cases, the spread from here is expected to be exponential as witnessed in other nations.

Population density in this case does not work in our favour. Against 414 in India, the population density (population per square km) stands at 201 in Italy, 97 in Spain, 34 in the US, 233 in Germany, 123 in France, 208 in Swaziland, and 274 in the United Kingdom. Interestingly, amongst the countries with more than 3,000 cases, only South Korea has greater population density (517) than India.

Coupled with the population size of 1.3 billion and a severe disregard for government notices and requests to quarantine and social distance, the population density in India could further add to the woes in case our case expansion starts taking the exponential trajectory for more than a week.

Given the size of the administration and scale of healthcare infrastructure in India, both tracking and treating the new cases could be a nightmare.

Further, an exponential increase could further aid panic stocking, fear-mongering, and spread of cases as India’s urban people might want to turn to their rural homes at this hour, thus further aiding the spread.

In this scenario, social distancing becomes necessary, as it allows for the transmission of the virus to be curtailed.

Also, people will have to be prepared for social isolation wherever possible as it wouldn’t be feasible to go for a prolonged shutdown.

Eventually, more than the government, the onus shall lie with the people to take charge, and the Janata Curfew is the first act.

The buck does not stop at the population, however.

Even the administration, in the Centre, across states, districts, and local bodies would be required to prepare themselves for a complete lockdown in case any of the districts have a situation like the one we witnessed in Lombardy, Italy, where almost 20,000 cases have been registered.

This curfew would allow the administration and other relevant authorities to have a ‘dress rehearsal’ and to make amendments to their processes to prepare for a potential lockdown in the future.

However, it would be exceedingly premature to assume that the Sunday curfew is a precursor to a prolonged shutdown as is being rumoured on many social media portals.

Data is the new oil, and the Sunday shutdown allows agencies to collect that. Along with cutting down the transmission, this curfew will leave our governments, in state and Centre, better equipped.

At this point, if there is any country the Indian government must look to replicate the ways of, it is South Korea.

The outbreak was centered in Daegu, a city 150 miles away from the capital city of Seoul.

The city has 70 per cent of the confirmed cases in South Korea, attributed to the gathering of the Shincheonji Church of Jesus.

The religious sect, in a deal brokered between the group and the government, agreed to disclose the names of 212,000 members, thus aiding the government in tracking and testing. Until today (21 March), South Korea has tested more than 320,000 people.

However, the massive testing infrastructure was put in place because the government had anticipated community transmission because of the infamous ‘Patient 31’.

On 18 February, when South Korea had 31 cases, this ‘Patient 31’ was tested positive. Refusing to test for Covid-19, she facilitated the community transfer across the nation, forcing the administration to ramp-up testing.

However, on 8 March, something interesting began to happen. Unlike the graphs above, South Korea’s graph began to flatten. That is, the rate of growth in the number of cases declined. And by 20 March, the number settled at 8,652, an increase of fewer than 100 cases from the previous day.

Firstly, it was the testing and immediate quarantine of suspected patients that worked. Two, the emphasis on social distancing without having a Wuhan-like shutdown, and lastly, the involvement of the private sector.

At this point, there is no significant evidence of community transmission in India and thus, going overboard with testing may not be the best of ideas, as highlighted in another column here.

However, that doesn’t make us immune to the possibility of community transmission in the future. In this scenario, the Janata Curfew could be critical in breaking the chain of transmission and getting people into the habit of social distancing for the longer run.

As of now, it looks that 21 March will see the greatest rise in the number of cases, breaching the 300 mark.

From here, we can take either of the two paths. One, that leads us the Italian way, and the other, that takes us towards flattening the curve. In our fight against Covid-19, we did get a Sehwag-like start, but it’s the Dravid-like resilience that shall get us through.

The Janata Curfew, that is, we the people, shall decide the virus’ transmission trajectory. Italians wasted their chance, we must not.