Why The Kerala Government Should Steer Clear of ‘Air Kerala’ 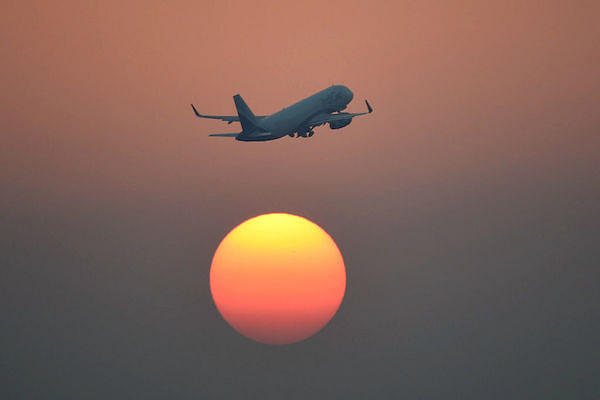 India has been experiencing extraordinary growth in civil aviation over the past decade. It is now the ninth largest civil aviation market in the world, with a market size of around US$ 16 billion. Till 1991, the sector had a monopoly in the only public airline in India (two in fact)- Indian Airlines (for domestic) and Air India (for international). Their operations and businesses were serving to themselves. Therefore, they could dictate their terms to its passengers who had no other choice but to accept whatever had been available- irrespective of the quality of service, pricing, hospitality and comfort.

With the commencement of globalisation, new operators entered the market with a lot of newer vistas, compared to the public airlines which had been in operation for decades. Some of them started as No-Frills Airlines where as others catered to the upper segment of the passenger segment by offering luxurious facilities. Throughout all these years, most of the airlines have been introducing various lucrative strategies to retain their passengers and to attract newer passengers.

But still, brand switching is increasing day by day and remains a capricious issue. Despite all the extraordinary growth in traffic, most of India’s airlines are in a precarious condition. Presently, most of the civil air carriers in India are in financial distress. The government-owned carrier, Air India, has a total debt of approximately Rs 51, 367.07 crore this year. The relationship between ownership structure and airline performance is highly correlated (whether it is private, public or a hybrid of both) where as another one, KingFisher, was grounded a few years ago.

Under the Indian government’s stipulation, practiced for a decade, it was mandatory for any Indian airline to have a fleet of at least 20 aircrafts and five years’ experience in operating domestic services to seek international air service operations. The new civil aviation policy states that the permit for the international air service operations will be based on a scale of its fleet up to 20 planes or deploy 20 percent of capacity on domestic operations. Now, it has changed from 5/20 to 0/20 rule, meaning that the operator does not have to fulfil five years of flying before applying for international routes.

Kerala as a paternal state is, by-and-large, an accurate description and it is overtly represented in the proposal to have an airline company of its own. The new airline project called ‘Air Kerala’, advanced by the state government, is a wonderful socialist tool.

The main idea of the project is to start an airline with privileges similar to the national carrier, Air India. The airline had initially planned to commence the operations in 2013, but the Central Government’s old 5/20 civil aviation policy was a hurdle. The new 0/20 civil aviation policy, promulgated by the Government, rekindled the hopes for the wings of Air Kerala to fly. If it happens, Air Kerala will be India’s first airline with a State government as one of the primary stakeholders.

It is estimated that Air Kerala would benefit about 220 million passengers in the next five years. The objective of the airline is to operate international flights to the Middle East, where around 90 percent of Keralites are employed. The reasons cited for the government to propose Air Kerala is the hardship faced by the Non-Resident Keralites (NRKs), due to high airfares and frequent cancellation of flights between Kerala and the Gulf countries.

‘AIR KERALA’ as a Public Undertaking

The plan for the state-run airline ‘Air Kerala’ is to raise Rs 200 crore through equity as initial capital. The State government, Cochin International Airport Limited (CIAL) and other public sector companies will together hold 26 percent of the shares of the company while the remaining 74 percent will be issued to individuals and private groups.

At the beginning of 2014-15, Jet Airways had outlined a three-year turnaround plan to increase the profits. The plan had various standalone measures and synergies with Etihad Airways. Jet Airways had an enhanced synergic strategic partnership with Etihad Airways and other allied Airways partners. These efforts were primarily aimed at saving the airline from making losses. Presently, the two airlines together offer more flights to and from India than any other airline, with a 17 percent share of the country’s international air travel market.

After an eight year gap, Jet Airways have gained profits at consolidated levels. In 2015, the fiscal second quarter profit rose by 25 percent. On the other hand, Air India has been experiencing a precarious financial position. Recently, the Minister of Civil Aviation has stated that no one will come forward to buy Air India given the balance sheet they own. Such is the dire situation in which the airline has landed. This a good example of how a public undertaking was systematically destroyed through incompetent leadership, rank disastrous planning and, worse, implementation of Government.

The main reason for the privatisation of British Airlines was that when it was a public enterprise, it turned to be a parking lot for the politicians and their political supporters. It resulted in unprofessional management.

The second reason was that the British Airway’s productivity was very low compared to its competitors. The losses of British Airways were increasing year by year. Under public enterprises, the efficiency, profitability and debts are not such an important criterion for government managers while they own such such a big public enterprise.The administration will be flexible and will not be an experienced one like in a private firm.

Civil Aviation is One of the Most Challenging Sectors

Air Kerala might not be experiencing favourable winds in this super challenging sector. Even if it can successfully satisfy the need of passengers by providing ‘affordable’, ’convenient’ and ‘cheaper’ travel, it might not be able to gain many profits; rather it might end up having so many deficits. It took Jet Airways years to experience the challenges in the aviation sector, and they have learned and developed from their experiences.

However, for Air Kerala, that might not be the case. The administration comes under the federal government, which might not be governed by highly-skilled or experienced officials.The Kerala Government’s public undertakings like the Kerala State Road Transport Corporation (KSRTC) and the Kerala State Electricity Board (KSEB) are loss-making models. KSEB tops the list, with a total loss of Rs 1272.90 crore, followed by the KSRTC. The revenue that is derived from it is only capable of covering the expenditure for maintenance, existing deficits and the payment of workers. It does not earn the expected surplus or profit.

Thus, the success of Air Kerala is doubtful if the federal government undertakes it as a public undertaking. Civil aviation is a very challenging sector. It needs to have a proper administrating authority to control it. Moreover, civil aviation is not a public good that should bother a government.

Cost of Service and Purchase

Airline costs have been rising in the past because of the reduced currency valuation, very high charges for aviation fuel-levied by Government Public Sector Undertakings (PSUs)-and high sales taxes, imposed by state governments. At the same time, the initial capital cost is very high in the airline industry. Many companies lease the aircraft to start their operations.

According to a Hindustan Times report, Lease Rentals (which is one percent of the cost of the aircraft) for a new Airbus A320, are $350,000 per month. Airlines have to provide a month’s rental plus three months lease rentals as deposits to the lessors, or a lease rental for a month plus letters of credit for three months. The lease and deposits for six A320s will cost around Rs 37.80 crore.

Insuring an A320 costs Rs 2 crore a year and has to be paid in four installments. Insuring six planes will cost Rs 12 crore. Airlines also need to make initial provisioning for each aircraft, which consists of consumables like blinkers on the wings. A set of tyres, for instance, lasts one-and-half months. For each aircraft, airlines have to carry initial provisioning and consumables worth $1 million and LRUs of $3.5 million for every three aircraft. For six Airbus A320s, the bill could be $13 million or Rs 58.50 crores a year. It costs Rs 35-40 lakhs to train a pilot for A320; training an ATR pilot would cost half. The pilots have to be trained on simulators, given route checks where the aircraft is flown empty for nine hours and on-the-job training, where they fly in as a co-pilot. The international norm is 11 pilots per aircraft. Training 66 pilots for six planes would cost Rs 23 crore.

It could be stated that the entire procedure is very much expensive. It will be a burden to the government, if they undertake this expenditure.

Civil Aviation and the airline industry are prone to shocks due to hike in fuel prices, terrorist attacks, climatic and weather conditions, etc. Even the weight accumulated by the furniture used on board might hamper the fuel efficiency of the aircraft.

Experienced entrepreneurs like Tony Fernades and Ratan Tata are facing the heat in the sector. One has to have deep pockets to bear with the setbacks. Tax payer’s money should not be wasted on such utopian experiments. Rather, the government should liberalise the sector and attract more private players to offer a very competitive market.