Why They Will Stand With The Hate-Tweet Of Priyamvada Gopal . . . 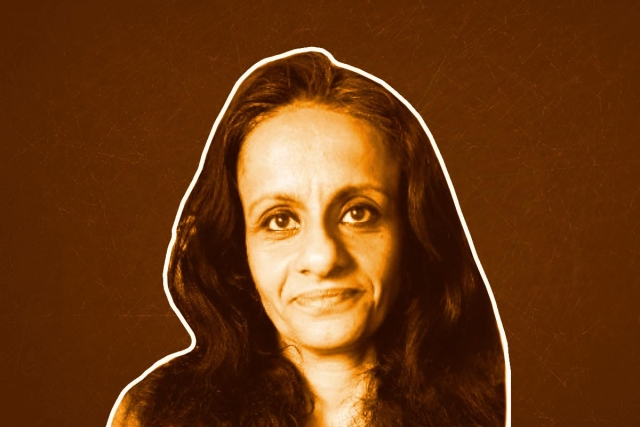 When Twitter removed the tweets of Indian-origin Cambridge professor Priyamvada Gopal on ‘White Lives Don’t Matter’ but spared the tweet about 'Brahmin Lives Don't Matter', it revealed how much the racial and colonial stereotypes are still dangerously alive.

To understand this, we need to understand the strong colonised mindset of Priyamvada Gopal who herself specialises in post-colonial literature and the like.

Academics like Gopal are so deeply colonised, that they accept all the colonial stereotypes about their own society and culture which their colonial masters had handed them down. They take up anti-racism and post-colonialism perhaps only because the masters of their mental colonialism consider these perspectives hip, radical and fashionable.

Were their colonial masters were to promote eugenics through academia and media of the West, the Priyamvada Gopals of the world would happily parrot those lines and do their PhDs praising the ethics of eugenics.

The colonised academics with brown-skins, imported from India and other previously colonised countries, serve a great purpose in academic circuits of the West. They serve to prove the civilisational mission of colonialism. ‘You had racism and we had casteism and it is your enlightenment that had helped you fight your own racism while freeing us from casteism.‘ - what can be more gratifying to the colonial masters, however anti-racist and post-colonial they might be, than these words from the erstwhile colonised nation.

By drawing a parallel between ‘Brahmin’ and the ‘White’, if anything, the Cambridge University academic showed her shallow understanding of the history and social dynamics of her own people.

Real post-colonialism has been spearheaded by scholars like Dharampal who actually worked to break the intentionally implanted hateful colonial stereotypes of Brahmins being the whites of India.

It should be remembered that the term Brahmin is essentially means varna. It may or may not be birth-based. But it is more a social space into which communities have been moving in and out.

Like in all pre-modern societies most of the occupations in India then were determined by heredity. And if there is social stagnation and its ill effects today are so grossly magnified then the blame for that should go more to the colonial drain as well as post-colonial caste-based politics than to Sanatana Dharma.

In India, if one goes through the Brahmin communities from Kashmir to Kanyakumari, one would find that they are from all sorts of communities, most of which are rooted to the immediate human environment.

Whenever there was an invasion, the Brahmins were the most obvious targets, particularly if the invader aimed at religious persecution.

And there were plenty of such invasions and massacres.

In southern India, the sacred Nataraja idols of Chidambaram, the pride of Tamil heritage today, exist because the Brahmins of the temple who faced Malik Kafur chose torture and death than reveal where the sacred idols were hidden.

Yes. Being an educated and privileged community had its own pitfalls.

Indian culture has its own checks and balances. From Hindu sacred literature, from Kavasa Ailusa of Vedic times to philosophy of Sri Ramakrishna Paramahamsa, we know that Hindu tradition has enshrined in it the criticism of birth-based privileges. But this self-criticism was never used for ethnic hatred. Brahmins were not hated as a community.

The fact of history is that no other religion has such a consistent entrenched criticism of the notions of birth-based superiority and its own priestly class as Hindu Dharma.

Unlike the invaders before them who sought wholesale massacre of Brahmins to facilitate conversions, the Britishers sought a better and more efficient method. They implanted the notion that Brahmins were alien Aryan invaders who had been cheating their fellow-country men.

Let us understand this with one specific instance:

As British-engineered famines killed millions of Indians, there were uprisings.

Sir Richard Temple, who was one of the chief architects of the 1877 famine of the Deccan, was rattled by the uprise of Vasudev Balwant Phadke.

In his letter dated 3 July, 1879, to Viceroy Curzon, he blamed the entire Chitpavan Brahmin caste for the rebellion of Phadke. He accused them of plotting to recover their lost position of power even though the British had done 'good' to the society.

The British soon succeeded in depicting Chitpavan Brahmins as the enemy of the masses.

To this day, in some so-called Dalit, Marxist, as well as Dravidian narratives, not to mention the copycats in subaltern studies, Tilak is depicted as a pro-upper caste, pro-landholders, nationalist leader. His nationalism is depicted as against the peasants.

This is exactly how British colonialists wanted the people of India to view Tilak. A section of willing accomplices did so even then. But they had not much traction.

In reality, Tilak was one of the pioneers in working to remove the creeping disconnect between the educated youths and rural Indian peasants.

Of course, Tilak was not comfortable with the armed rebellion of the type Phadke got into but he asked the government 'firmly and perseveringly but peaceably' to grant remission for the farmers.

Long before Gandhi, Tilak asked Poona students to take the famine propaganda to the rural society.

According to Tilak, it was only when the peasants learned to demand their rights that government officers would cease to be insolent and go beyond their legal authority. He also wanted the poor farmers to know that according to the code in paper, no farmer should pay the assessment who was not able to do so. (Kesari, December 15, 1896: quoted in Richard Cashman,p.126)

Obviously, the British in their campaign against the Chitpavan Brahmins had a very clear colonial motive. By 1920s, an educated group of Indians were regurgitating the hatred against the Brahmins.

In 1925, in his book, Enemies of the Nation, Keshavrao Bagade was writing of Tilak and even of the reformist Brahmin Gopal Hari Deshmukh as being 'born from the vomit of Brahmins'.

Chitpavan Brahmins were called as 'cobras' (a name attributed to them by colonial evangelical masters), Satan and other unspeakble terms.

Such hatred was absent in traditional Indian culture. With direct parallels between the way pre-holocaust Christendom depicted the Jews, the Brahmins became the Jews of India in terms of the ways in which hatred against them was disseminated.

But the very same hate-mongers had nothing much to say for the British-engineered famines, against which the members of Brahmin as well as other communities protested, even though those who predominantly died in these colonial famines were non-Brahmins and communities which got trapped at the bottom of the colony's society.

Yet, today, one will find the same hate propaganda against Tilak being carried out in the academic empire - in the name of subaltern studies, Dalit studies and the like. A classic case of the empire striking back.

Now coming back to Prof. Priyamvada Gopal’s tweet that Brahmin lives do not matter, this is the context in which this tweet has to be viewed.

The fact of the matter is that Brahmins too face prejudices against them, just like how the Scheduled Communities and tribes are targeted by the affluent sections of the society.

And the hatred for Brahmins stems from the perceived notion that they somehow form an impediment to the destruction of Hinduism.

Destruction of Hinduism is essential for the Balkanisation of India and what else can benefit the erstwhile colonial forces than a Balkanised India of various nation-states?

It can fund the arms industry and quite a few thousand careers on studying and writing moving tomes about the human tragedies happening in the ‘dark sub-continent of India’, not to mention the profit curves of the evangelical soul harvesting industry as well.

So now dear reader, tell me why would Twitter remove the hate-filled tweet against Brahmins by 'sepoy', Prof Priyamvada Gopal?