‘With You, Without You, Or In Spite Of You’: Why Modi Government Was Right In Ignoring Perennial Detractors At A Time Of Global Turmoil 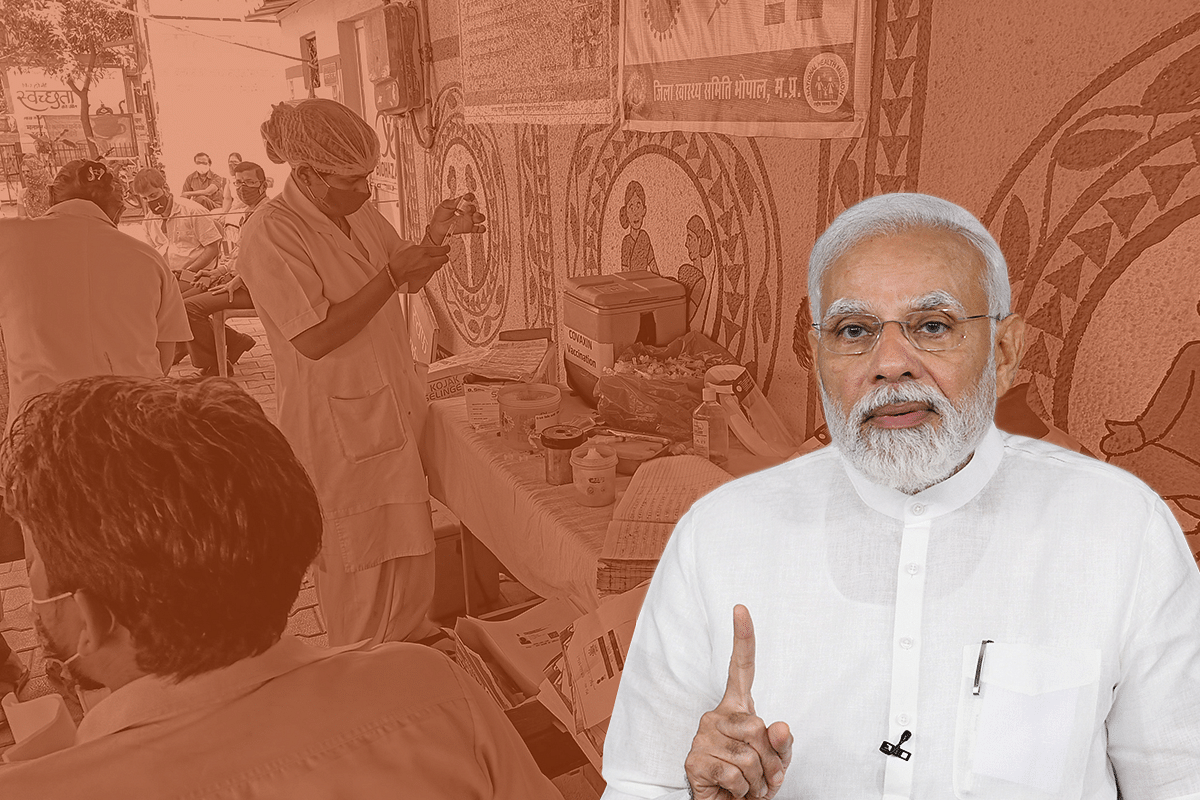 The prevailing global situation leaves no scope for complacency for any country. The Covid-19 pandemic was followed by a full-fledged global economic and political turmoil. The world had been unstable for over two years and it might remain so for some more years.

Every country had its share of ups and downs. India too had its moments of agony. The march of migrants, sharp contraction of gross domestic product (GDP) in the June 2020 quarter, and oxygen crisis during the Delta wave in March-April 2021 will remain etched in memory.

However, any objective assessment will prove that given its size and nature of complexities, India has done exceedingly well on a global scale in managing the uncertainties, so far. From quick ramp-up of health infrastructure to revving up the growth engine, the list of achievements is long.

There were blips. But the Narendra Modi government was determined to establish India’s capacity to handle disruptions of this scale. They didn’t seek support from the world. The world looked up to India, be it for hydroxychloroquine tablets, food or Covid vaccine.

The unfortunate truth is that India’s Opposition — that includes mostly dynastic parties starting with Congress — and the anti-Modi commentators, economists etc; have little or no contribution to this tremendous national achievement.

They wanted to use the uncertainty as a political weapon against Modi. Debate is expected in a democracy. However, it was unexpected that the nation will not be united in the face of such an unprecedented scale of events.

From targeting a homegrown startup for venturing to deliver an India-made vaccine, questioning India’s ability to vaccinate the population vis-a-vis China, spreading false information about the economy, to questioning India’s nationhood — they tried every option to bring instability.

But the nation was embarrassed. Politically defeated, vested interests took to the foreign media to malign the democracy and its achievements under the current government. This is irrespective of the fact that India didn’t delay a single major election during the pandemic years.

There is little point in blaming Western media as they are run on different considerations. More than a decade ago, this writer attended a media conference in Hong Kong. It was organised by a top American think-tank and was attended by celebrity editors from Delhi.

Top journalists from reputed Western media discussed everything under the sun. India had to suffer its share of criticism. But there was not a single critical remark against China. Because that would invite the wrath of Beijing (and obviously end of the sponsorships).

Now that the British and the American security chiefs are warning businesses about the risks of investing in China (and Beijing has sent Australian journalists packing); the Western media will follow a different rule book.

CNN reported about the ruthless crushing of a mass protest in China against bank failures. Four banks pulled down shutters in the last three months. This is not the first instance of trouble. Last year, China faced a crippling power shortage so much so that supplies were rationed for the industry.

The real-estate sector is hit by a massive debt crisis. Loan defaults by large companies affected both personal and government finances. Local governments are slashing budgets and resorting to austerity measures. The economy is witnessing slow growth.

This must not mean the end of the road for China. However, the change in media narrative — from feel-good stories to probing articles — is noticeable and its apparent link with the changing geopolitical context is unmistakable.

No constitution, government and form of government are perfect. There are grievances anywhere and everywhere in the world. Every country has its share of complexities too.

However, it is undeniable that the subcontinent is unparalleled in terms of its complexities and that this is the most popular and stable government that India got in the last 50 years.

India’s first prime minister, Jawaharlal Nehru was arguably not a popular leader. Indira Gandhi literally lost the mandate the day she declared the Emergency in 1975. Rajiv Gandhi couldn’t retain his charm for long. That makes Modi arguably the most popular Prime Minister ever in this continent-sized economy.

Democracy should not be construed as a rule of the majority. But there should be a limit to disrespecting the choice and preferences of the majority of such a large economy. The opposition has invited their destruction by trolling Prime Minister Modi incessantly and calling names.

Hate is blinding. It can force even the brilliant to take wrong decisions.

Celebrity economists had written off India’s economic prospects after the June 2020 quarter. Noted commentators questioned India’s ability to vaccinate. Some wanted Modi to beg for vaccines from China. All these ‘gems of commentaries’ appeared in foreign media. The rest is history.

India is currently in reinvention mode. It is regaining the confidence that was probably lost in 1962. It doesn’t need any special treatment from the West, as was extended to a single-party-ruled China.

But, the West should cease to become a launchpad for the hate mongers. After all, there is no glory in eating one’s own words.