World Was Already Turning Its Back On Globalisation When India Launched Its Atmanirbhar Initiative: Dr V Anantha Nageswaran 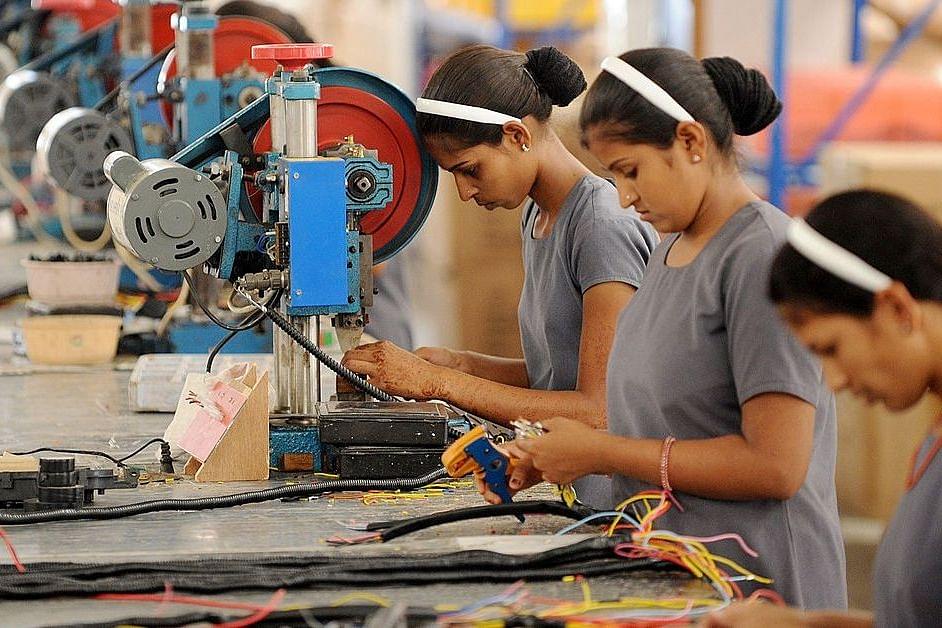 “Every economic policy measure has some context. When India came to contemplate raising import duties on certain categories, the fact remains that the developed world had already started questioning the benefits of globalisation within their societies. They had already started rolling back their enthusiasm over it,” Dr V Anantha Nageswaran said in a webinar co-hosted by Swarajya and NewJ on ‘Strategic enablers and policy ecosystem for Atmanirbhar Bharat’.

Dr VAN is an adjunct professor of economics at Singapore Management University and presently a part-time member of the Prime Minister’s Economic Advisory Council.

He was responding to questions from Siddharth Zarabi, Managing Editor of NewJ, who interviewed him for the webinar. Zarabi had asked Dr VAN about charges of protectionism on the government from eminent economists including former Chief Economic Advisor Dr Arvind Subramanian.

Dr VAN said that the conventional world wisdom about globalisation had already started to change when India launched its own ‘Atmanirbhar Bharat’ initiative.

”In the past few years, it became evident that one of the biggest beneficiaries of globalisation i.e. China was not really giving back to the rest of the world as much as it was benefiting from it. So, its unwillingness to translate some of its commitments that were made when it joined the WTO in 2001 into reality turned out to be rather important. Their commitment to fair trade was ephemeral . This is the context in which India was operating. Any policy shouldn’t be driven by ideology but the benefits it confers on the society. When the benefits become questionable or they begin to diminish and costs begin to mount, one shouldn’t persist with the same policies simply because of the ideology,” he further added.

Zarabi asked Dr VAN about the specific areas which will drive India’s growth story in the coming years, given the world is reconfiguring itself at a fast pace.

Dr VAN said that the growth in the near future will come from domestic sources and exports won’t be playing as significant a part as they did between 2003-2008 when they contributed 1.5-2 per cent points to the growth every year.

’Exports won’t become completely unimportant because they do play an important role in providing benchmarking for quality which will benefit domestic consumers as well. But India’s growth will primarily be driven by domestic investment, infrastructure and consumption,” he said.

Clarifying his stance, Dr VAN said that the lessening importance of exports is not because India is turning inward, but because average growth rates in India’s export markets, especially the West (Europe, Americas, etc) will go down.

“Growth rates have gone down in the West in the last one decade, but to some extent, they were able to help themselves due to massively easy monetary policies they adopted. But with Covid, they have overextended themselves in terms of fiscal and monetary stimulus. So, growth rates will be lower there in the next 10 years and their willingness to accept imports from other countries will go down. They will become protectionist irrespective of our stance,” he said.

Pointing to observations in Fitch ratings report, Dr VAN highlighted how the Indian government has been responding to the changing world via reforms since May this year which have boosted India’s medium term growth prospects. This will also spill over in exports as well, he said.

“Our response has been to boost the medium term growth, especially because 2010 onwards, our growth has suffered because India grew at an unsustainable basis in the previous decade based on credit, investment and export led growth which led to a lot of indigestion. We were still getting rid of that and then Covid-19 struck,” Dr VAN said.

He hoped that in the coming decade, India will likely see the kind of capital inflows that it saw in the 2000s. “This will in turn lead to massive pickup in infrastructure investment, domestic consumption and production. They will be predominant drivers of growth,” he explained.

Zarabi posed an important question to Dr VAN about the ‘Atmanirbhar Bharat’ economic package announced by the government and whether that is good enough to reverse the de-industrialisation which resulted from the policies adopted by India post 1991 such as full fledged embrace of World Trade Organisation regime, free trade, regional trade agreements, etc.

“It’s good enough for now, but we have to be open to evidence and course correction. And this government has responded to feedback regularly whether it was in respect to demonetisation, IBC, GST, etc. And the changes have been made, but then some people have called these as an afterthought. Not necessarily. There is only so much planning the government can do before executing a reform. The main thing is how you respond to feedback and how quickly you course correct,” he replied.

On charges of protectionism, Dr VAN pointed out comments made by Niti Aayog CEO Amitabh Kant earlier that India’s approach is not about turning inwards, but about creating global champions. “It’s not about protection but promotion combined with performance. There are certain benchmarks set and the incentives are based on that. Additionally, there is terminal date for these incentives,” he added.

In the discussion, Zarabi pointed out that while the world is awash with liquidity, given negative interest rates, growth capital in India remains expensive, perhaps most expensive in the world. He asked Dr VAN how that asymmetry can be corrected.

Dr VAN explained that the exhaustive answer would probably require a whole day’s of seminars to be conducted but he did provide a brief list of suggestions to make capital in India less expensive. “First, we need to free up most of the interest rates and make them into market-determined rates. Two, combined fiscal deficit and debt is still on the high side. That needs to be looked into. Third, investors and financial markets treat developed and developing countries differently. So, that problem will remain,” he said.

Zarabi asked how India, which is still very much a poor country when it comes to finance and capital, can become Atmanirbhar as far money is concerned. To this, Dr VAN replied that it will come with growth.

“In our growth phase, when domestic savings are low, we will continue to depend on global capital, but the good news is, in the coming decade, global capital will be looking for investment in places like India. So, it will be at least a decade before we become Atmanirbhar in our capital needs,” he said.