12,000 Km Of National Highways To Be Rolled Out Next Fiscal; Private Sector Will Be Roped In For Project Funding 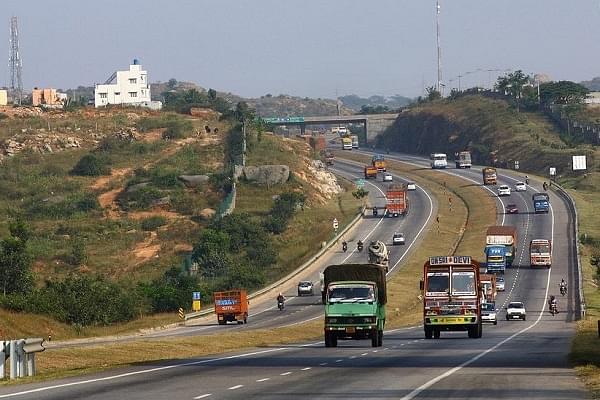 The investment in the road sector, particularly in highway development in 2021-22 is estimated to increase by 400 per cent as compared to 2014-15.

Encouraged by the significant jump in the highway sector, the government has also set a higher target to construct 12,000 km of National Highways during the next financial year.

According to Road Transport and Highways Ministry data, the allocation for NH development has gone up from barely Rs 51,000 crore in 2014-15 to Rs 1.83 lakh crore during the current financial year and it is estimated to touch Rs 2 lakh crore in the next financial year.

Investment in road sectors has a multiplier effect on the economy by creating employment opportunities.

Union Road Transport and Highways Secretary, Giridhar Aramane, has said additional funding sources are being tapped and a private investment of Rs 30,000 crore is being envisaged in 2021-22 in highway projects.

Official data also show that there has been a quantum jump in the expenditure front for construction and maintenance of National Highways in the past seven years.

According to the Ministry, the investment from the private sector has been nearly 60 per cent less than what was estimated due to the economic slowdown. But with the changes made in the contract documents, the ministry is confident of greater private investment in the sector.

Aramane said NHAI was taking the infrastructure investment trust (InvIT) route to generate funds from foreign and domestic institutional investors, and five operational roads have been identified to be transferred to InvIT.