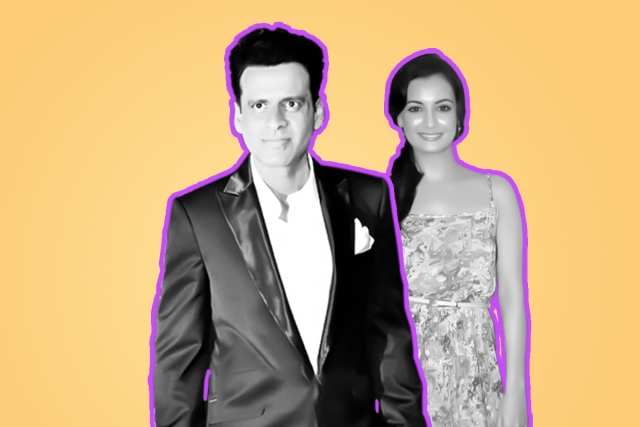 Actors Manoj Bajpai and Dia Mirza have been trying to garner support against the Metro shed on social media.

In 2018 alone, 2,734 people died in overcrowded Mumbai suburban trains, that is, seven lives lost on an average everyday.

So, the question arises whether saving 2,700 human lives every year is important or saving 2,200 trees is the priority.

Mumbai is the engine of India’s economic growth and the suburban rail system is the wheel of this engine, but the wheels are crumbling with life-threatening over-congestion and irregularity during monsoons.

The city has an important place in the larger politico-economic context of India. A little known fact is that Mumbai — with an estimated gross domestic product or GDP (in nominal terms) of $160 billion — accounts for 6 per cent of India’s GDP and contributes close to one-third of the overall tax collection in the country.

Delhi ranked a poor second with an overall contribution of Rs 1.6 lakh crore, which is not even half of the taxes paid by Mumbai.

Thus, it is no exaggeration to say that Mumbai ‘feeds’ India. And the growth trajectory of India is dependent on the growth of Mumbai.

While the hard-working common public in Mumbai are contributing in a big way to nation building, what did the nation give them in return?

The answer is a broken public transport system.

Perhaps, Mumbai is the only rich mega city in the world without an extensive modern metro transport network. Overwhelmingly, Mumbai is still dependent on an archaic suburban rail system.

Suburban Rail: The Only Lifeline Of Mumbai

But the system has its own limitations for further expansion in the existing routes to meet the growing demand.

Moreover, the system is already way beyond its saturation point with over 4,500 passengers packed into a 12-car rake during peak hours, as against the carrying capacity of 2,000.

This has resulted in a super-dense crush load of 14 to 16 passengers standing per square metre of floor space. Though the National Democratic Alliance-2 (NDA-2) government announced projects worth Rs 65,000 crore in 2018 for its upgradation, they largely cater to expansion of the current system to the outskirts rather than inside Greater Mumbai.

Thus Mumbai needs new wheels — and a modern metro network that caters to this need.

However, the growing opposition to the Metro Line 3 car shed at Aarey Colony — in a bid to save 2,200 trees — is jeopardising the efforts to give a new lifeline to Mumbai.

Currently, around nine metro lines are under construction and these lines are yet to finalise land plots for their casting yards and depots in an already land-scarce Mumbai.

Already the ‘Aarey protests’ have compelled the Mumbai Metropolitan Region Development Authority (MMRDA) to shelve its plan to build a casting yard of Elevated Line 6 on a small vacant plot in Aarey Colony.

The unbearable congestion of the suburban rail systems is mentioned above. But, what are its costs besides the loss of productivity and thus economic growth?

While 491 among them died due to natural causes, 1,476 deaths occurred due to track-crossing, and 650 precious lives were lost due to falling from over-congested rakes of the Mumbai suburban trains.

People may suggest control measures to stop track-crossing, but during peak hours it is common to see tens of thousands of people crossing the tracks to reach their workplaces on time. Will it ever be possible to control all of them?

Thus, rapid construction of an alternative metro network remains the only solution to save these lives every year. And the question arises whether saving 2,700 human lives every year is the priority or saving 2,200 trees?

The Stink Of Glamour

Many film celebrities are strongly opposing the metro shed at Aarey Colony and galvanising public opinion in support of their “green cause”. What they never talk about are the precious lives lost due to unavailability of public transport in Mumbai.

It is high time to question this apathy towards human lives.

What must also be exposed is the inherent hypocrisy of all of it.

It is a known fact that our film stars lead lives producing very high carbon footprint.

Large farm houses — often among pristine forests, travel in private jets, parties at foreign destinations and use of diesel-guzzling SUVs are common amongst the lot; and all these activities emit carbon and harmful gases that deteriorate not just the local environment but even the ozone layer that protects all species on Earth.

Today, movie celebrities and the elite of Mumbai are openly opposing this Mumbai metro shed at the southern border of Aarey but they had never opposed the creation of the Film City in 490 acres of land deep inside Aarey Colony bordering the ecologically vital Sanjay Gandhi National Park.

Nor had the elite ever opposed the establishment of townships with premium villas beside this very same Film City.

Everyone has the right to express his/her opinion. But does that include the right to be a hypocrite and stall a critical public transport project?

We cannot predict the future outcome but one thing is for sure: around 2,700 hard-working Mumbaikers will lose their lives every year due to our collective failure to provide an alternative public transport system.

And the engine of India’s growth story, Mumbai — which already lost the battle in attracting start-ups to Delhi and Bangalore — will continue to suffer.