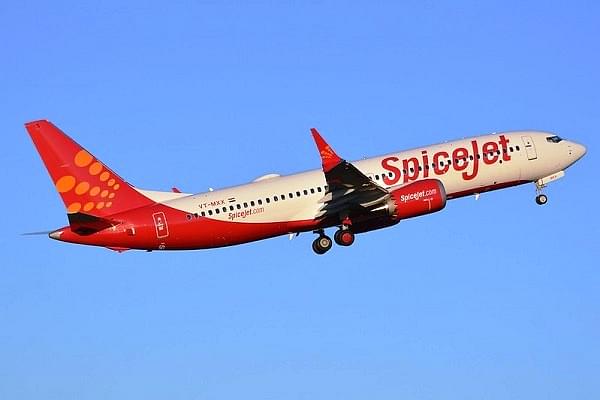 The National Aviation safety regulator, Directorate General of Civil Aviation (DGCA), has asked all airport operators in the country to review their wildlife management plan for any gaps and ensure strict implementation of the strategies on the issue.

“During the monsoon season wildlife activity increases in and around airports, and the presence of the birds and animals in the aerodrome vicinity poses a serious threat to operational safety. All airports are requested to review their wildlife management plan for any gap and ensure strict implementation of strategies for wildlife hazard management within and also outside airfields,” the letter by the DGCA noted.

The communication has been marked to the Chairman of the Airports Authority of India (AAI), Member of operations of AAI, directors of all AAI-run airports and the CEOs of Delhi, Mumbai, Cochin, Bangalore and Hyderabad Airports.

The directive follows two bird strike incidents 1000-kilometre apart in which aircrafts had to return to their airport of origin following the hit.

On Sunday, an IndiGo A320neo aircraft’s left engine got damaged after suffering a bird hit when it was at an altitude of 1,600 feet after take-off from the Guwahati airport. The pilots declared an emergency and returned to the airport.

A Delhi-bound SpiceJet-operated Boeing 737-800 plane also had to make an emergency landing in Patna, minutes after take-off from there, after one of its engines suffered a bird hit.

Both the incidents, which are now being investigated by the DGCA, prompted it to set the alarm bell ringing and alert all airport authorities for necessary interventions.

The DGCA has asked the airports to ensure that within the airport premises, grass is trimmed and insecticide is sprayed, in addition to conducting frequent runway inspection for bird activities and deploying bird chasers and bird-scaring devices. It has also asked airports to ensure regular garbage disposal in the operational area and to avoid water concentration and open drains.

Airport operators have been asked to convene meetings of the Airport Environment Management Committee (AEMC) to discuss and review implementation of the measures to reduce bird hazard.

“Frequent inspection by airport wildlife hazard management team/ AEMC to be carried out for identification of sources of wildlife attraction such as garbage dump, open disposal of abattoir/ butcheries waste, etc,” it has said.

The activity of birds and animals on and around an airfield is a recognised potential source of hazard to the safe operation of aircraft. This hazard results from the possibility of a collision between an aircraft and one or more birds or animals i.e. a wildlife strike.

Wildlife live on and around aerodrome property for a variety of reasons, however they are usually attracted by such essentials to life as food, water and shelter.

In some bird strike events, damage is sustained to the aircraft involved and/or the aircraft is delayed allowing for an inspection of possible damage. In more serious cases, the damage from a bird strike could result in the aircraft being unable to maintain safe operations.

The most serious strikes are those involving ingestion of birds into an engine or windshield strikes. They can result in emergency situations requiring prompt action by the pilot. Engine ingestions may result in sudden loss of power or engine failure.

In August 2019, a flock of seagulls struck the engines of Ural Airlines' Moscow-Simferopol flight, following which the plane crash landed in a cornfield, injuring 74 passengers.

According to recent worldwide data the vast majority of strikes occur either on or within the immediate proximity of an aerodrome (within 5km).

The Civil Aviation Requirement (CAR) Section 4 Series B which deals with Aerodrome Design and Operations, require operators of licensed aerodromes to take the necessary actions to identify, manage and mitigate the risk to aircraft operations posed by wildlife by adopting measures likely to minimise the risk of collisions between wildlife and aircraft, to as low as reasonably practicable.

Based on this, the DGCA in 2017 has issued an Aerodrome Advisory Circular which provides guidance on Wildlife Hazard Management. This circular lays down the general guidelines for establishment of wildlife management plan at an aerodrome.

The Aircraft Rules 1937 prohibit dumping of garbage and slaughtering of animals in a way that could attract birds and animals within a 10 km radius of airports.

A “wildlife strike” means an aircraft either suffered a bird hit or was disrupted by an animal on the runway during take-off or landing. One landing or take-off is calculated as one aircraft movement.

When asked for the reasons for the increase in such incidents, the AAI replied that the "main reason" for these incidents is "urbanization around the airport, improper waste management, butcheries near the airport, open drains in surrounding areas etc. which are the main source of attraction of food or water for birds or animals".

The National Aviation Safety Plan (NASP) 2018-2022, by the DGCA incorporates Wildlife and Bird Strikes as one of the Key Safety Priorities. The safety objectives - SO 4.1 and 4.2 – in the plan aims to reduce the number of wildlife and bird strike events at Indian airports.