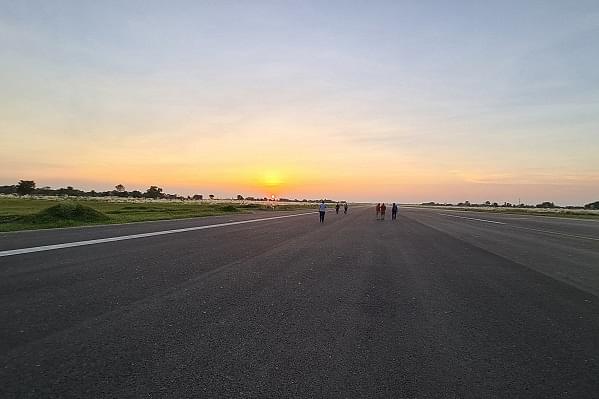 The Kushinagar International Airport in Uttar Pradesh is being powered and upgraded to become the convergence point for tourism and the Buddhism-centric circuit — which are the spiritual and cultural strengths of the state.

The Airports Authority of India (AAI) is working to achieve the night landing and take-off of aircraft by putting together the required resources for it.

“This entire region is part of ‘Buddha Circuit’ and this facility will increase the inflow of foreign tourists,” Adityanath said.

Plans are in place for boosting the inflow of tourists from Thailand, Singapore, Japan and Myanmar.

With this development — a new phase of efforts to boost the tourism circuit and related activities — Kushinagar is set to become an important hub for footfalls from nations that celebrate Buddhism and Indic culture.

Among the vital inputs needed for the planned upgrade are a lighting system suited for night landing, for fog conditions, and an air traffic advisory system.

These changes will see fruition with time and constant work at the airport, which is structured for the take-off and landing of narrow-body aircraft as well as big aircraft such as A320.

Reportedly, the airport has a 3,200-metre runway.

Owing to its proximity to important centres such Gorakhpur and Lucknow, Kushinagar is set to become a vital transit point for residents of Uttar Pradesh and Bihar, thereby also promoting job opportunities, and the furtherance of business powered by other countries, especially the Gulf nations.