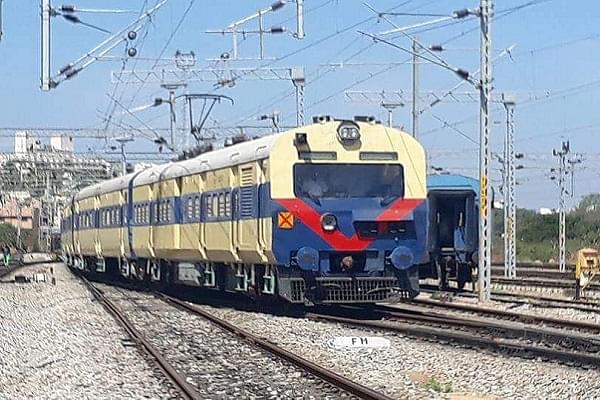 No construction has begun although the PM laid the foundation for the Rs 15,000 crore Bengaluru suburban railway project over one and half months ago.

K-RIDE has gone headless when work orders for the 25 km corridor that connects Byappanahalli - Yeshwantpur - Chikkabanavara has yet to be issued to L&T, the lowest bidder.

This will probably cause the ambitious suburban rail project to be further delayed. The State government did not extend Amit Garg's three-year term.

There is also a vacancy in the positions of director (technical) and director (finance) at K-RIDE.

The PM had promised that construction will begin on August 15, but given that the K-RIDE's MD position is empty, it is unlikely that will happen.

The Karnataka Government and the Ministry of Railways collaborated to create the K-RIDE, a special purpose vehicle, to carry out the city's 148 km suburban rail project.

As per The Hindu report, Garg said, “My next assignment will depend upon the decision of the Ministry of Railways. There is a selection process to appoint the next MD. Now that I am out of the organisation, I do not want to comment.” Replying to a question on whether he had sought for extension of tenure, he said, “I asked for an extension of tenure, but it was not considered.”

He added that his tenure as MD of K-RIDE ended on July 25.

The project's foundation was laid on June 20 by Prime Minister Narendra Modi, who also guaranteed that it would be completed in 40 months.

In Nov 2021, the first civil work tender was floated by K-RIDE for the construction of an 8 km elevated viaduct as a part of the 25-km Mallige line (Corridor 2) of the Bengaluru Suburban Rail Project between Benniganahalli and Chikkabanavara.

Bengaluru Suburban Rail Project rail will link Bengaluru to its satellite townships, suburbs, and surrounding rural areas by a rail-based rapid-transit system network. The commuter rail network will be composed of 4 corridors, 57 stations and cover 148.17 kilometres. It is being built at the cost of Rs 15,767-crore.

The Rail Infrastructure Development Company, Karnataka, (K-RIDE), a joint venture of the government of Karnataka and the Union Ministry of Railways, is executing the project.

41.40 km-long “Sampige”(Corridor-1), that will connect KSR Bengaluru City (Majestic) to Devanahalli with 15 stations and 35.52-km- long "Parijata” 9 (Corridor-3) will be 35.52-kilometres long with 19 stations between Kengeri and Whitefield, will be taken up as part of next phase.