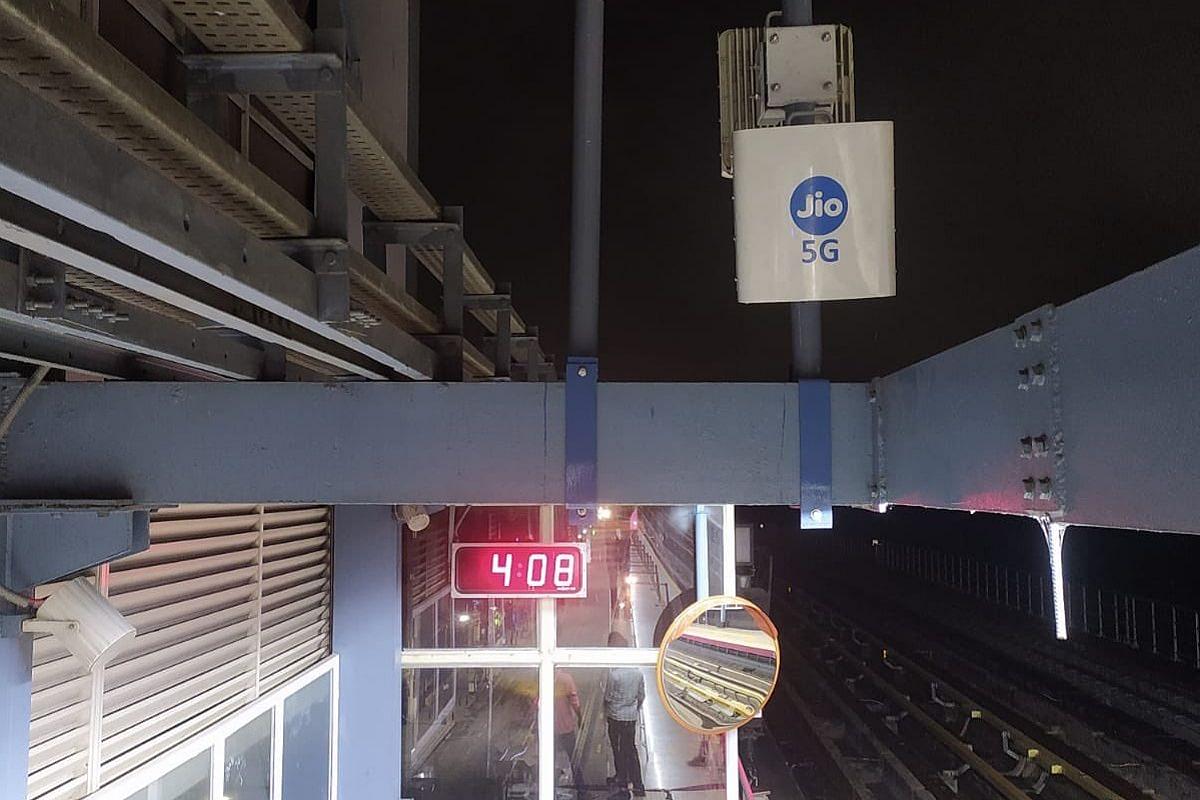 Bengaluru Metro Rail emerged as the first Metro in India to test the 5G network under a pilot project of the Telecom Regulatory Authority of India (TRAI).

The pilot project was undertaken at MG Road station with a 5G network deployed by Reliance Jio. The test has achieved 1.45 Gbps Download and 65 Mbps upload speeds, making it 50 times faster than 4G.

"TRAI has selected MG Road station for 5G network trails. The system consisting of Outdoor Small Cells (ODSC), Distributed Antenna System (DAS) was installed by Reliance Jio from July 5, 2022 and the testing was carried out on July 21, 2022. ODSC radiated signal covering up to a distance of 200-meter radius. Preliminary bandwidth trial has given 1.45 Gbps download, and 65 Mbps upload speeds, making it 50 times faster than 4G," said a press release from Bangalore Metro Rail Corporation Ltd. (BMRCL).

"Commuters will benefit from 5G technology as they will enjoy coverage throughout the journey. With 5G, QR generation and operation at the AFC gates will be easier. PoS machines at the ticket office (card reading) which rely upon data connection will also function smoothly," a BMRCL official told The Times of India.

It must be noted that over 115 km of the metro network is currently under construction in Bengaluru. The city has an existing metro network covering about 55 km. DPR preparation is set to begin for over 70 km of 2 new lines.

During his budget speech, Karnataka CM Basavaraj Bommai said that in 2022-23, 33 km of the metro line would be added. With this, Namma Metro will have a total 89 km line.