Bharatmala Will Lower Logistics Costs To 6 Per Cent From 18 Per Cent Now: Nitin Gadkari 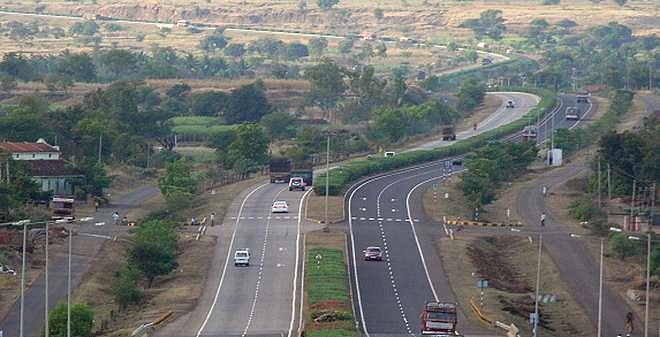 This in turn would help reduce India’s supply chain cost to 6 per cent from the present levels of 18 per cent, said Gadkari, who heads the Ministry for Road Transport, Highways and Shipping, and Water Resources, River Development and Ganga rejuvenation.

The Union cabinet on Tuesday approved an outlay of Rs 6.92 trillion for building an 83,677-kilometre road network over the next five years. The road construction push includes the Bharatmala Pariyojana with a Rs 5.35 trillion investment to construct 34,800 km of roads. In addition, Rs 1.57 trillion will be spent on the construction of 48,877 km of roads by the state-run National Highway Authority of India (NHAI) and the ministry of road transport and highways.

Gadkari’s statement comes amid concerns over falling employment opportunities and job creation which have been impacted by policies like the goods and services tax (GST).

Enumerating the benefits of the Bharatmala scheme, Gadkari said the number of road accident deaths will reduce by half.

According to the ministry of road transport and highways, a combination of factors such as human error, road defects, manufacturing defects in vehicles and worsening traffic congestions is raising the level of human vulnerability to accidents.

“Bharatmala Pariyojana will change the destiny of country, is the biggest-ever infra scheme in its history,” Gadkari said.

Gadkari said that the planned road construction will result in 80 per cent of India’s vehicular traffic being carried by the national highway network.

India’s 100,000 km of national highways, which constitute just 2 per cent of total road network in the country bearing 40 per cent of the traffic.

Analysts have lauded the move.

“The latest announcement provides a positive push to the infrastructure segment in the economy. Mobilising large quantum of funds required, especially from the private sector, would be vital for the successful implementation of these projects,” Care Ratings wrote in a note on Wednesday.

To fund the Bharatmala scheme, Rs 2.09 trillion will be raised as debt from the market, while Rs 1.06 trillion in private investments is being targeted through public private partnerships. In addition, Rs 2.19 trillion will be provided from Central Road Fund (CRF), Toll-Operate-Maintain-Transfer (TOT) projects and toll collections of NHAI.

“Money is not the problem,” Gadkari said while stating that NHAI has a AAA rating which will help it tap the capital markets.

With bank credit drying up for large infrastructure projects, the government is exploring a plan to raise Rs 10 trillion from retirees and provident fund beneficiaries.

NHAI will offer more than what the bank’s interest rates pay, Gadkari said.

Mint reported on 12 September that the government planned to fund large infrastructure projects by raising money in tranches of Rs 10,000 crore by selling 10-year bonds at a coupon of 7.25-7.75 per cent.

Commenting upon the growth registered by the Indian ports, Gadkari said they will earn Rs 60,000 crore profit in the current financial year.

Major ports in India handled 326.4 million tonnes of cargo in the April-September period, an increase of 3.24 per cent over the 316.1 million tonnes they handled a year ago. According to the ministry of shipping, seven out of the 12 major ports in the country recorded traffic growth in the first half of the current fiscal.