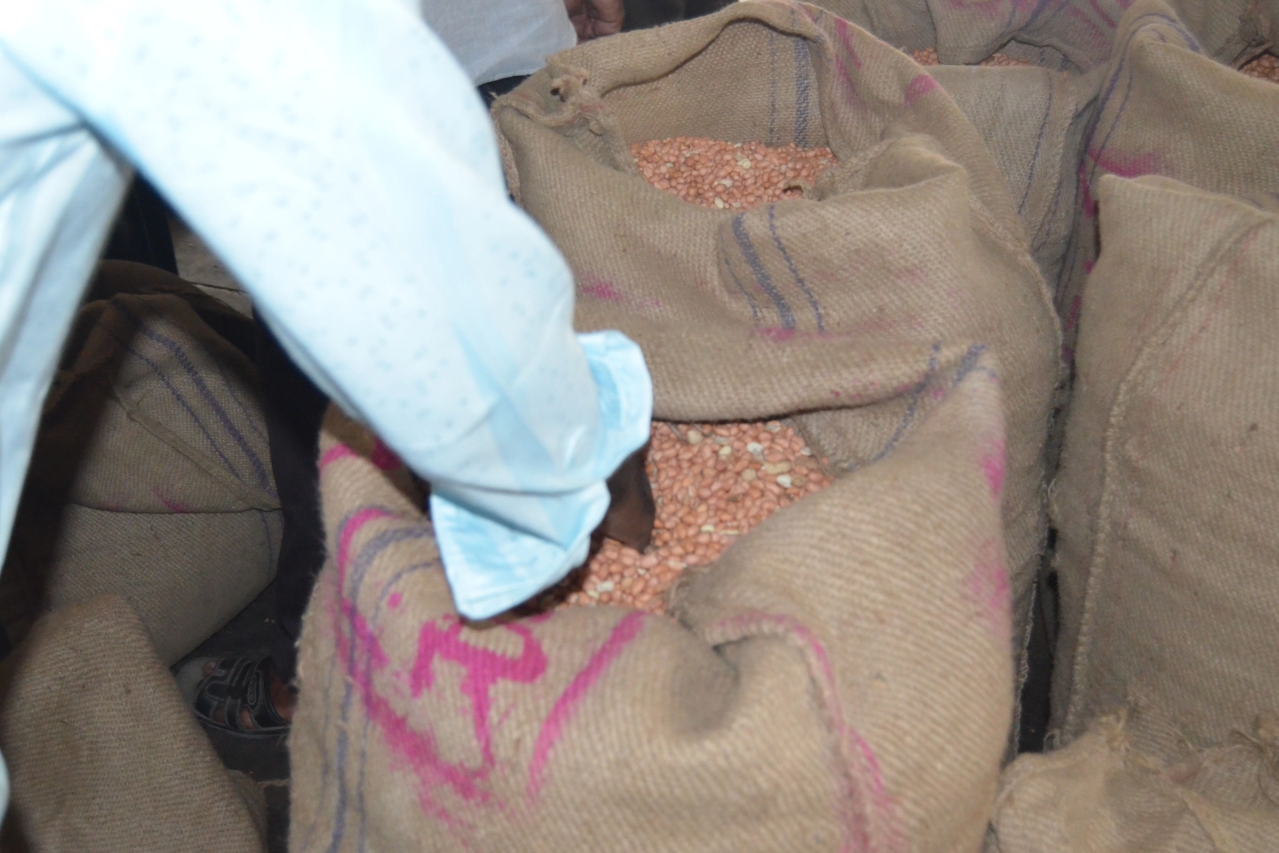 A trader examines the quality of a groundnut consignment at the Vellore Agricultural Produce Marketing Committee Yard in Tamil Nadu.

The National Agriculture Market or eNAM, which was launched on 14 April 2016, took a significant step forward last week. For the first time, an inter-state sale of a farm produce took place on the eNAM online platform.

On 9 January 2019, a farmer from Uttarakhand’s Haldwani Market sold tomatoes produced in his farm to a trader in Bareilly in Uttar Pradesh. A statement from the Ministry of Agriculture said that similar online trading in cauliflower, brinjal and potatoes has begun.

The trading has been facilitated by interactions between the Uttarakhand and Uttar Pradesh governments after a series of coordination meetings were held by officials from both the states, including those who man the agricultural markets or mandis.

A significant development of the inter-state trade is that licensing of traders has been facilitated by both these states on eNAM portal. This has been among the problems that had affected seamless trading across the country on the portal.

Three issues were hindering seamless trading on eNAM. One was a lack of universal or licence to trade nationally for traders. Though about 1,000 traders had applied for universal licence, they couldn’t trade on the electronic terminals across the country.

This was due to the traders not being backed by any guarantee or surety. In such circumstances, except locals, not many were willing to trust traders from another state.

The second issue was lack of assaying and grading facilities. When a produce is not assayed or graded, traders from another region or centre will be reluctant to trade. A trader has to be guaranteed for the quality of the produce he/she buys. In the absence of such a guarantee, eNAM failed to attract traders from across the country.

For example, when Swarajya visited the Ammoor eNAM market in Tamil Nadu’s Vellore district, only traders in the district were participating due to lack of assaying and grading facilities. The traders bought a farm produce after physically examining its quality and other features like moisture content.

Studies have shown that a farm produce sometimes changes 10 hands. In this process, there are times when a person passes on the produce to another without making any value-addition and only adding his margin to the cost.

The Centre and states should encourage their public distribution system or their respective food departments to take part in eNAM. The food department can procure foodgrain directly rather than get it through the Food Corporation of India (FCI), whose role can be just confined to maintaining the stocks that can help overcome any food emergency.

Such direct purchases can also help in two other ways. One, it can help a particular state to ensure farmers get better price for their produce. Two, it can help a consumer state to source a farm produce at a competitive price.

In 2017, when potato prices crashed in Uttar Pradesh, the Left Democratic Front government in Kerala rushed a delegation to discuss on procuring the tuber for the state.

Kerala also said that 25,000 tonnes of potato would arrive from Uttar Pradesh in March 2017. Uttar Pradesh, on its part, said it was selling another 20,000 tonnes directly to the Meghalaya government. We have not heard much after that, though these are processes that the Centre and states should examine.

The Union and state governments can also look at agencies and commodities futures players like National Commodities and Derivatives Exchange or Multi-Commodity Exchange to step in and help in assaying and grading.

Now that the inter-state sale has begun, the Ministry of Agriculture should speed up the process to ensure that all the 585 markets hooked to eNAM have all required facilities. The other 415 that could soon join the network should be prepared well ahead before they go on stream.