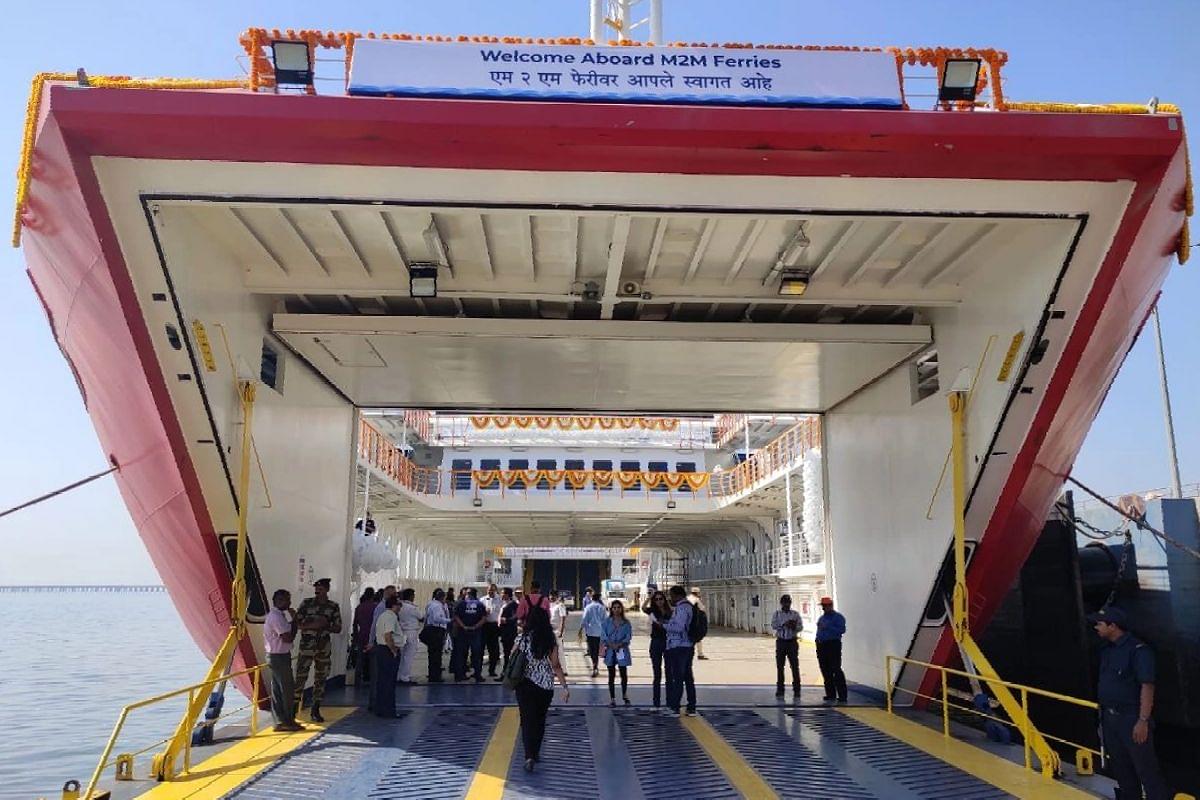 The commercial trial runs of the Ghogha-Hazira RO-Pax ferry have been going on since 4 September and it will be put to regular service shortly.

This is the second ferry service between Ghogha and Hazira.

The first such service between the two places is being provided by the Ro-Pax vessel, Voyage Symphony, which was inaugurated by the Prime Minister on 8 November 2020.

ISPL chairman Chetan Contractor said, “Voyage Express is first-of-its-kind in India, and it can generate 100 Kilo Watt of solar power to be used in the electrifying machines, game zones, lights, air conditioners. With this the company can save around 400 to 500 litres of fuel per day.”

The ferry between Ghogha - an old port in Bhavnagar district in Saurashtra region and Hazira - a commercial greenfield port in Surat - is about 90 km long and provides easier access to the city of Surat. Via land, the route is about 375 km.

The service has cut down the travel time between the two places by almost 70 per cent, i.e., from 11 hours by road or train to around 3.5 hours by ferry now.

The ferry will start its journey from Ghogha at 9.00am and will reach Hazira in three hours and at 6.30pm, it will sail back from Hazira and reach Ghogha.

Sarbananda Sonowal, the Union Minister of Ports, Shipping and Waterways, visited the Ghogha terminal in Gujarat on Tuesday (13 September), to review the ongoing commercial trials of the Voyage Express.

“The Ro-Ro Pax service has helped improve the transportation of people and cargo in an economical, ecological and efficient manner. The people of the region, especially from Ghogha and Hazira, will greatly benefit from this.

"The Modi government is also working on starting a similar service between Muldwarka and Pipavav soon,” said Sonowal.

PM Modi, in one of his speeches, pointed out how the sea route would benefit 12,000 people - most of whom are associated with the diamond business in Surat - who travel daily between Saurashtra and South Gujarat and the 5,000 vehicles that ply between the two regions.

By 30 July 2022, the Hazira Ghogha RO-Pax Ferry, Voyage Symphony, had carried and safely sailed over 78,000 vehicles and more than 2.6 lakh passengers.

Voyage Express: The vessel has been brought from a company in Japan and this is around 15 years old, says ISPL chairman.

Ghogha-Dahej Route: The idea to connect Ghogha with South Gujarat came on the drawing board in early 1995.

To this end, the first ferry route connecting Ghogha to Dahej which lies near the mouth of Narmada River, north to Hazira, was proposed.

The idea was to bridge the Gulf of Khambhat by providing a sea route to a large number of passengers travelling to and fro between Bhavnagar, located on the western side of the Gulf and South Gujarat on the east.

The Ghogha-Dahej route is about 32 kilometres and connects the Petroleum, Chemical and Petrochemical Investment Region (PCPIR) in the coastal town of Dahej with Ghogha.

The project was commissioned only in October 2017 when PM Narendra Modi rode the “Island Jade” ferry, which could carry only passengers between the two destinations.

The ferry operations between two places were suspended several times due to inadequate depth in the navigational channel and came to a standstill after the Covid lockdown was announced in March 2020.

It was at this time that the Deendayal Port Trust, invited bids for starting a new Ghogha-Hazira Ro-Pax ferry route.

The Port Authority has also developed a new state-of-the-art terminal at Hazira in Surat, which is being run independently.