Five Myths About The UDAY Programme Which Continue To Perpetuate 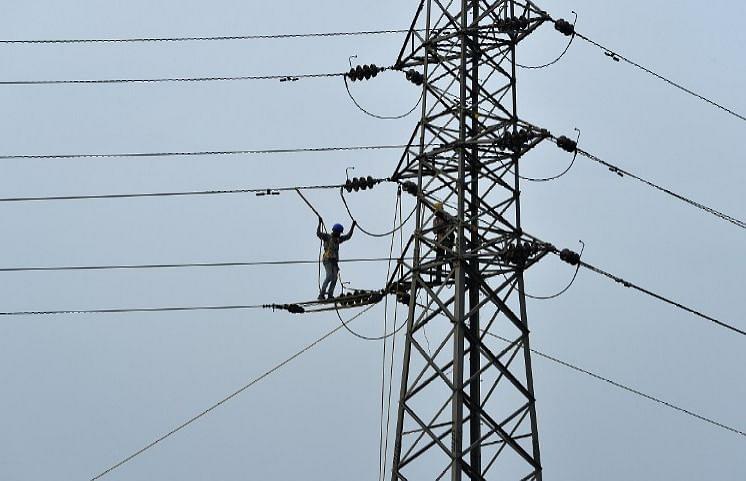 Ujwal Discom Assurance Yojana (UDAY) was a programme launched by then Power Minister Piyush Goyal in November 2015, focusing on cleaning up the power distribution sector. India’s power sector has seen strains across its value chain for the last decade for different reasons. But, the power distribution sector — an exclusive preserve of state governments for most part — was a unique problem.

The central government has been expected to solve the issues faced by state power distribution companies (discoms), while the state governments themselves — the owners of these discoms — hardly ever behaved responsibly on their part. The state discoms over the years have been run as political sop shops by many states, and consequently they make huge operating losses and accumulated unsustainable levels of debt.

The UDAY programme was launched as a mix of financial and operational reengineering. The states were to assume the discom debt on their books and undertake to manage their discoms more efficiently as part of memorandums of understanding (MOUs) with the central government.

One of the areas of work for the state governments was to reduced Aggregate Technical and Commercial (AT&C) losses — largely a euphemism for power theft, a major cause of revenue leakage and hence operational losses for the states.

Over the last three years in which the states have adopted the UDAY programme, there has been a spate of media reports, questioning various parts of the programme. Most media reports tend to misunderstand the programme design or absolve state governments of their responsibilities.

The financial reengineering part of UDAY mandated that the states take over the outstanding discom debt on their books. The discoms were borrowing money from financial institutions to pay for their operating expenses as well as to service existing debt. This debt was transferred to the state governments as part of UDAY.

Yes, the debt on the books of the state governments went up, but their effective liability did not, given that the states were and continue to be backstops for the discoms anyway.

Myth 2: Centre Did Not Take Over Discoms Or Privatise Them

The central government did not privatise loss-making discoms or took them over because it cannot. As per the Electricity Act 2003, power sector continues to have central and state government involvement in different parts of the value chain. Centre does not get involved in power distribution except in a few specific cases.

The central government had no remit under UDAY or otherwise to privatise or sell loss-making discoms. That’s the job of the state governments. Several states are trying out various solutions involving private participation. These are at various degrees of maturity and result-orientation.

With some political backing, state discoms themselves have improved. Andhra Pradesh, Haryana, Gujarat and Maharashtra are good examples of how state governments have steered discoms towards more efficiency.

A unified central discom may well be an alternative, but it would need significant amendments to the Electricity Act. This was not an area the UDAY programme covered.

Myth 3: Discoms Have Slipped In Red Due To UDAY

It’s strange that several media articles continue to peddle the theory that discoms have become loss-making after the UDAY programme was introduced. At the end of financial year 2013-14, discoms were sitting on an estimated aggregate loss of ₨ 3 lakh crore. At that time, these discoms were adding almost ₨ 30,000 crore in fresh losses every year.

Myth 4: AT&C Losses Have Not Reduced

The canard of AT&C losses not reducing is the favourite media bogey against the UDAY programme. Often, media articles use different time periods for comparison (6 months number compared against 12 months number) or extrapolate wrongly (assume 6- or 9-months number as annual figures).

AT&C losses are not linear. Genuine line losses vary due to several technical factors over the year. Similarly, the actual power theft also varies over each month depending on the power requirements. Finally, the state government ability to cut down theft is also seasonal in many cases due to accessibility and enforcement reasons.

Yes, the UDAY target of 15 per cent AT&C losses may need more time. But the good news is that several state governments cutting across party lines, are aware of this requirement and are working to achieve the targets.

The central government has worked on a war footing for the last 18 months to achieve universal electrification — providing power connections to all willing households hitherto unelectrified. Some media reports have claimed that with new customers being added to discoms, they will supply even more unprofitable power and make higher losses.

States can further expedite this work and once the metering nears 100 per cent, the AT&C losses will reduce. Again, the UDAY target of 100 per cent metering may take a couple of years more depending on the political will of various state governments. But the fact is that new connections are more profitable and trackable for the discoms than old connections.

An extension of this myth is that more agricultural power supply leads to more discom losses. States are working on segregation of domestic and agricultural feeders at various degrees of efficiency. Some states like Andhra Pradesh and Madhya Pradesh achieved good results by creating dedicated power connections for farm needs and monitoring supply to these connections.

Maharashtra has started creating a separate solar power based agricultural feeder system. It will need a consistent state-level policy for a few years to create an independent agricultural power usage and tracking mechanism across the country. Power supply for farm use will continue to be a political weapon, but at least the tracking of subsidies and sops will become easier with feeder separation.

The transition of the power sector from a systemic instability to a period of relative calmness and predictability is currently in progress. As electricity consumption increases, a sign of healthy economy, the residual stress in the system across the value chain will continue to reduce. The fact is that the UDAY programme has achieved significant operational improvements, but in the spirit of true federalism, states should not be cutting corners. After all, they run discoms, and it is state governments’ job to make sure discoms run as profitable utilities.