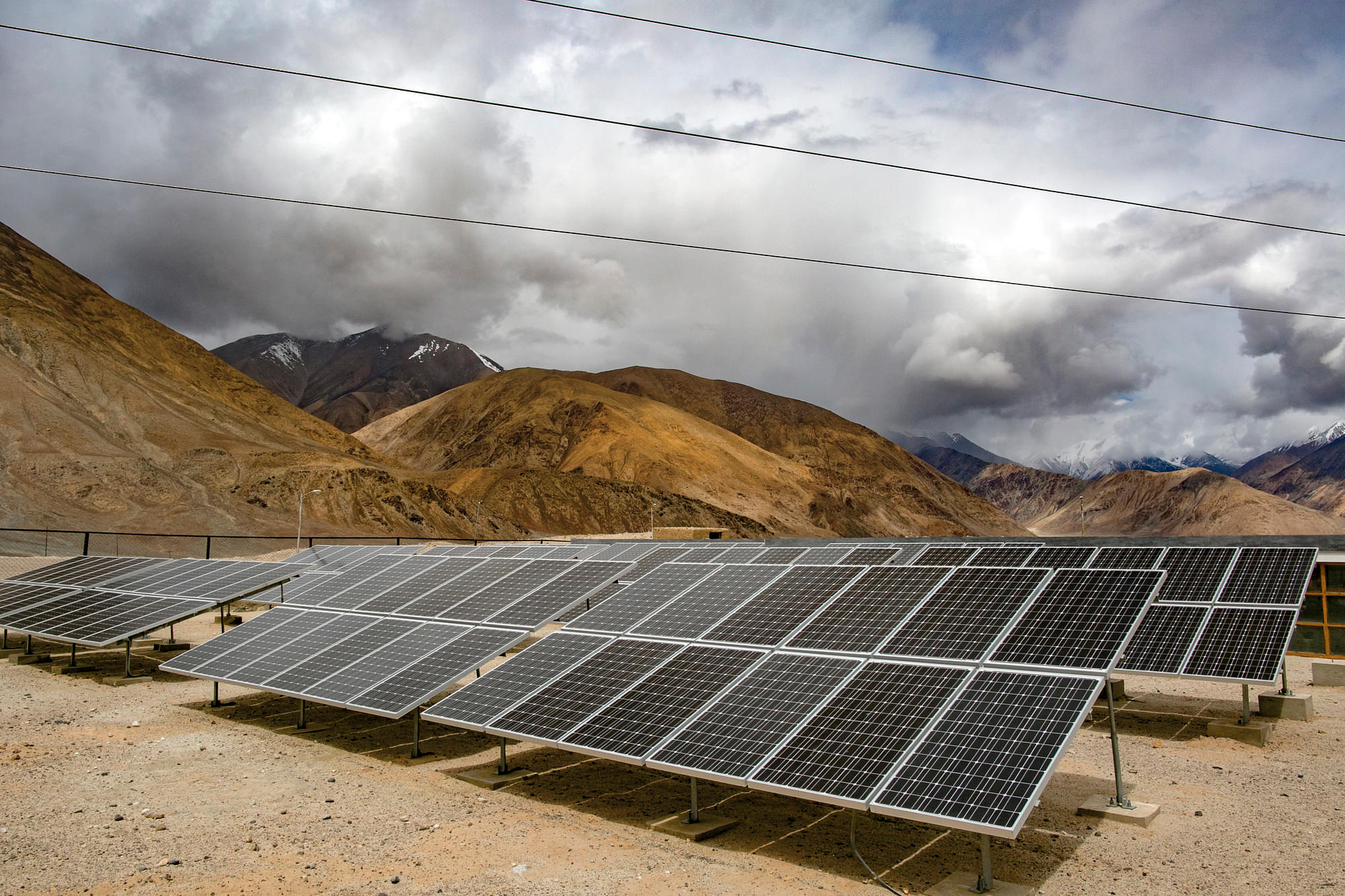 Silencing critics, the BJP-led Narendra Modi government is confident of not just achieving the ambitious targets of developing 175 gigawatt (GW) or 1,75,000 megawatt (MW) of renewable energy (RE) capacity in India, but far exceeding it.

Union Minister of State (IC) for Power and New and Renewable Energy, Raj Kumar Singh on Friday shared a detailed roadmap for achieving this target of commissioning 175GW of renewable energy that includes 100GW of solar generating capacity and 60GW of wind power in the country by 2022.

In a bid to encourage the Make in India initiative in the RE sector, Ministry of New and Renewable Energy (MNRE) has worked a scheme and will soon issue an Expression of Interest (EoI) for establishing domestic manufacturing facilities to the tune of 20 GW, in the near future.

Alongside, the MNRE is exploring ways to achieve additional installed RE capacity through floating solar power plants over dams, offshore wind energy systems and hybrid solar-wind power systems, which may provide over 10GW additional capacity.

The MNRE team of experts has already surveyed the Bhakra Nangal dam for floating solar power plants and off-shore Gujarat and Tamil Nadu for wind power plants, the Minister announced.

Singh expressed confidence in comfortably achieving “a rather conservative RE target of 175GW by 2022” as he was sure of exceeding this target along with providing 24x7 affordable, clean and efficient power for all.

Singh said that all these targets would be positively achieved with the cooperation of the states in ensuring that their power utilities/DISCOMS remain financially viable.

Presently, India’s total installed generation capacity is around 330GW, out of which the coal based power stations in the country generates 193GW. Clearly, India relies a lot on thermal power generation and 80 per cent of its electricity is coal based power. In comparison, hydro power share is 10 per cent while renewables is just seven per cent.

Given the rising environmental concerns and coal based generation, India’s shift to green energy and decarbonisation policy has been acknowledged across the globe.

To achieve the RE targets, the Centre has already provided all the required support, including funds under Deen Dayal Upadhyaya Gram Jyoti Yojana (DDUGJY) and Integrated Power Development Scheme (IPDS), to the states to ensure 24x7 power for all by strengthening the intra-state transmission networks and by ensuring mandatory presence of metered connections.

Singh added that the Ministry is in talks with the states to ensure 100 per cent metered connections through smart/pre-paid meters.

Talking about issues in power Purchase Agreements (PPAs), Singh made it very clear that the sanctity of the PPAs have to be ensured and they would have to be mandatorily honoured.

“The Ministry is in constant talks with state governments, including Andhra Pradesh and Karnataka, to ensure the same,” he said.

Talking about the renewable purchase obligations (RPOs), the Minister that these obligations are mandatory and need to be adhered to strictly.

Further, Kumar said that against the target of 60GW for wind power, 32GW have already been commissioned. The central government in participation with the state governments intends to issue bids of cumulative capacity of about 8GW this year.

A total of 10GW will be bid out in the financial year 2018 and 10GW in 2019, leaving a margin of two years for commissioning of projects. Further adding to this, Kumar informed that the Ministry would soon be issuing the wind bidding guidelines.

He also said that with wind power tariffs becoming competitive and State DISCOMs encouraged to buy more of renewable energy power, the government has doubled the auction capacity for the third national level wind auction from 4GW last year to around 9GW in the current year.

Regarding clarity on goods amd services tax (GST) rates on solar panels, r Kumar said that the MNRE is in talks with the Ministry of Finance and in the next sven-10 days all the issues would be resolved.

The present scheme of wind power auction is for setting up of 2000 MW wind power project connected to Inter-State Transmission System (ISTS).

The bidder can bid for a minimum capacity of 50MW and maximum up to 400MW.  The projects under this scheme are expected to be commissioned towards the end of 2019.

The reverse auction for SECI-II wind bid was conducted on 4 October 2017, which resulted in very competitive tariff of Rs 2.64/2.65 per unit.