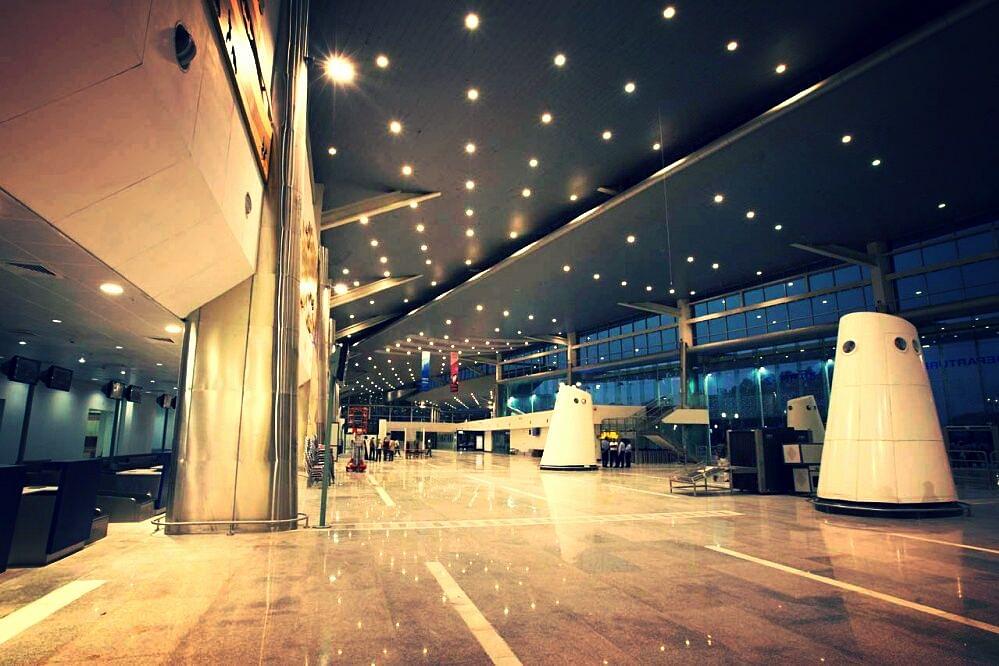 With the acquisition of a 74 per cent stake in Mumbai airport, the Adani group is now the largest airport operator in the country. The group's airport portfolio consists of eight airports including Lucknow, Jaipur, Ahmedabad, Mangaluru, Thiruvananthapuram, Guwahati, Mumbai and the yet-to-be-constructed Navi Mumbai airport.

Collectively, these airports account for 23 per cent of passenger volumes, 22 per cent of air-transport movements and 31 per cent of cargo. Even so, the Adanis' foray into airports is not merely an aviation story. It has the designs of an ambition that is much larger.

How The Adani Group Won The Bid For Six Airports

In 2019, the Narendra Modi government initiated the privatisation process for six airports namely Ahmedabad, Jaipur, Mangaluru, Thiruvananthapuram, Guwahati and Lucknow. These were airports with rapidly growing traffic and profitable operations.

As had been the case with earlier privatisations such as Hyderabad, Delhi, Mumbai, Bengaluru and Kochi — the airports would be put out to bid. Only this time, the winning bid would be based on the highest per passenger fee payable to the government.

This was a different methodology as compared to the earlier methodology where a portion of the total revenue was shared. As such the revenue realised to the exchequer would also be less. Deliberations commenced and very soon the go-ahead was given. The bidding process commenced.

The deadline was set, 10 bidders shortlisted and 32 bids received. Upon final submission these were reviewed and analysed. But when the bids were opened the contest was not even close. Adani's bids were not only a bit higher but significantly higher. Put simply: they outbid everyone.

Adani offered a per passenger fee to the government which for certain airports was 155 per cent higher than that of the nearest competitor. Some “competing” bids were so low that they were confused for a typo. In all cases, Adani’s was the highest per passenger fee that was offered — by quite some margin.

Not surprisingly, they won the bid for all six airports. (note: Mumbai airport was not a part of this and was added to the portfolio much later).

This time around, government intervention was minimised by removing the equity ownership of Airports Authority of India (AAI). Add to that no golden share and no board representation. No approvals were required for related party transactions; no prior operator experience necessary. Also, no joint ventures and subsidiaries would be allowed (though this was purely a cosmetic change as the bidding was linked to a per passenger fee).

Perhaps the most important change was that the airports were offered on a 50-year lease term as opposed to the 30-year terms for earlier airports.

For the Adani group, in an odd way, this was a good fit. Because they were already in businesses that were highly regulated, capital-intensive, with long gestation periods. And also in businesses where market monopolies were critical to success. The airports were likely viewed in the same light.

Additionally, airports would go a long way towards helping realise their vision of being a foremost logistics provider.

Almost immediately upon being announced as the winners of the airports, the debates and insinuations began. Prima-facie, the bids, because of how high they were didn’t make for stellar returns. Not only because the airports were in cities where volumes could never match a metro airport, but also because of the nature of the traffic.

That is passenger segments that do not make for very high spends. But this criticism overlooked the fact that the airport handles more than just passengers. Given the land banks, cargo and other development rights, and there was significant potential. Regardless, the criticism continued.

Yet, the Adani group, having faced similar scenarios during their foray into the power sector a decade ago, seemed unfazed. If there were any doubts these were laid to rest with their most recent purchase of a 74.1 per cent stake in Mumbai airport for Rs 15,000 crore (about $2 billion).

Looking To The Broader Group Portfolio

In the case of Adani’s, their foray started with PVC imports, where logistics is a key component of success. This then grew into trading and then to ports and logistics. With the bid for Mundra port in 1995, the group soon established its presence as a large business house.

In the years that followed, the group expanded into edible oil, coal, power, renewables and transmission. And despite many controversies, the group has kept moving forward.

Their ports and logistics business now has 25 per cent market share and handles some of the highest volumes in the country. They are also the largest coal and edible oil importers.

Adani Power, in spite of sustained losses and a high debt load, continues to buy out smaller players and ramp up capacity. And their renewable and gas businesses have also turned profitable. More recently, the group has made forays into roads, water, data centres and is likely to bid for upcoming rail privatisations.

How the group approaches business is best described with an anecdote for edible oil. The segment had many suppliers and brands prior to the Adanis' entering. The group entered via a joint venture and then set up factories, bought out other suppliers, competed intensely and over two decades captured 21 per cent of the market. And they show no signs of stopping. At peak they produced 8,000 tonnes of edible oil – per day.

In speaking to industry experts they indicate that the Adani group will do what it takes to realise returns on investments and establish market dominance. Whether it is extracting economic efficiency, influencing, taking legal positions, buying out rivals or taking on additional debt to fuel expansion.

The strategy has been consistent — enter big, create a beachhead, consolidate positions and increase capacity towards market dominance.

Two Words That Help Understand The Group’s Intentions With Airports

When it comes to airports, the nature of the investment is not as simple as it appears. For one, traffic multiples are often cited but these don’t actually translate to investment returns. This is because the extremely aggressive bids that were put forth.

For instance, comparing traffic for the airports, Lucknow airport passenger traffic volumes have grown by 25 times, Ahmedabad by 10 times, for Jaipur by 15 times, for Guwahati by six times, Thiruvananthapuram by five times and Mangaluru by seven times. Yet, the growth has been driven primarily by lower prices for air travel. Raise the fares and the demand falls precipitously as people take to other forms of transport and vice-versa.

To make the bids work in the present form, travelling passenger would have to spend three times to four times the current levels to make for attractive returns. Factor in behavioural and social aspects and this becomes a challenging proposition. But what this overlooks is segments like cargo, warehouses, specialised transport and assets around the airport periphery. The creation of these assets holds the key.

In going through their own announcement this is coined as “strategic adjacency”. While it comes across as consultant coinage wrapped in PR propaganda, deeper analysis reveals that ‘strategic adjacence’ comes from cargo flows. This is not only an area that the Adanis are well versed with and that has delivered strong returns to them, it also is an area that complements their offering – especially in the field of logistics.

As the Adani Enteprises Limited Annual report of FY20 states:

The Group’s focus is not only to provide the best in class passenger experience to all the passengers travelling from its airports but also to provide an unique experience to the non-passenger customers, given the location of the airports at the city centre.

Looking To The Future

The common theme that emerges amongst Adani businesses is that they are highly regulated, capital intensive, long term businesses and the revenue models make for stable cash-flows. While returns are muted because of capex spends, over time as capex goes down and the assets come into their own and the market matures — the returns will rise.

That said, expansion for the most part has been fuelled by debt and the group now sits on a consolidated debt in excess of Rs 132,000 crore (about $17.5 billion). But bankers continue to lend and the group continues to raise additional debt. Expansion goes on unabated.

As far as airports go, in the years ahead, the Adani group airport portfolio will account for around 100 million passengers, 2-3 million metric tonnes of cargo and 700,000 take-offs and landings. Most importantly it will own both airports in Mumbai — the commercial capital and a city where high-value cargo flows in and out.

Concurrently, the currently depressed passenger traffic will recover over a longer term and that too will add to the attractiveness of the airport portfolio.

With eight airports under their belt, the Adani group is now well on its way towards establishing a logistics behemoth that holds a strong position up and down the country’s western corridor. And analysis indicates they are not quite done yet. A bid for trains and railway stations cannot be ruled out. And these too will be integrated with the overall portfolio.

Airports for now are just a part of the overall Adani group story.