How Bundelkhand Expressway, UP’s Fourth, Is Taking Shape And Why It Is Critical For The Defence Corridor 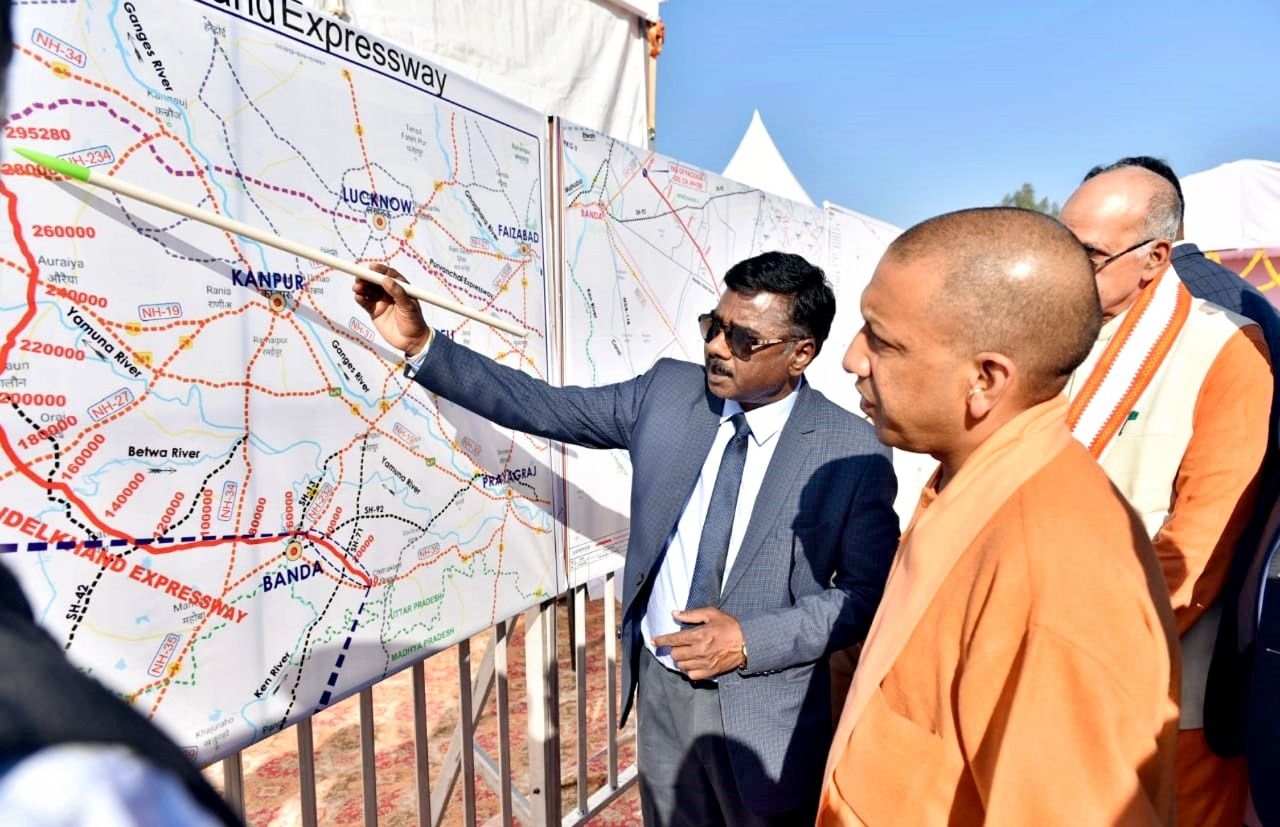 The 290-kilometre-long expressway was proposed by Chief Minister Yogi Adityanath in April 2017, just months after he came to power.

As its name suggests, the expressway passes through the districts in UP’s part of Bundelkhand — Chitrakoot, Banda, Hamirpur, Mahoba, Jalaun and Auraiya.

The expressway takes off from Bharatkoop on National Highway 35, which is also called the Varanasi-Banda road, in the Chitrakoot district, and ends near Kudrail village in Etawah district on the Lucknow-Agra Expressway.

The expressway will link Chitrakoot with the Agra-Lucknow expressway in Etawah, which in turn is linked to the National Capital Region (NCR) through the state’s two operational expressways — 302-km Lucknow-Agra Expressway and the 165-km Yamuna Expressway.

Therefore, the expressway would make for seamless connectivity from one of the most industrially underdeveloped regions in the country to NCR.

The state’s third expressway, the Purvanchal Expressway, is likely to be opened for traffic by the end of 2020.

Apart from the Bundelkhand Expressway, the state is also likely to begin work on the 91-km-long Gorakhpur Link Expressway (which will link the Purvanchal Expressway with Gorakhpur) sometime this year.

The state also plans to build a 1,020-km long expressway, named the Ganga expressway, to link the eastern and western boundaries of the state. (Read: Ganga Expressway, UP’s Sixth And Longest, Gets Rs 2,000 Crore In Budget) 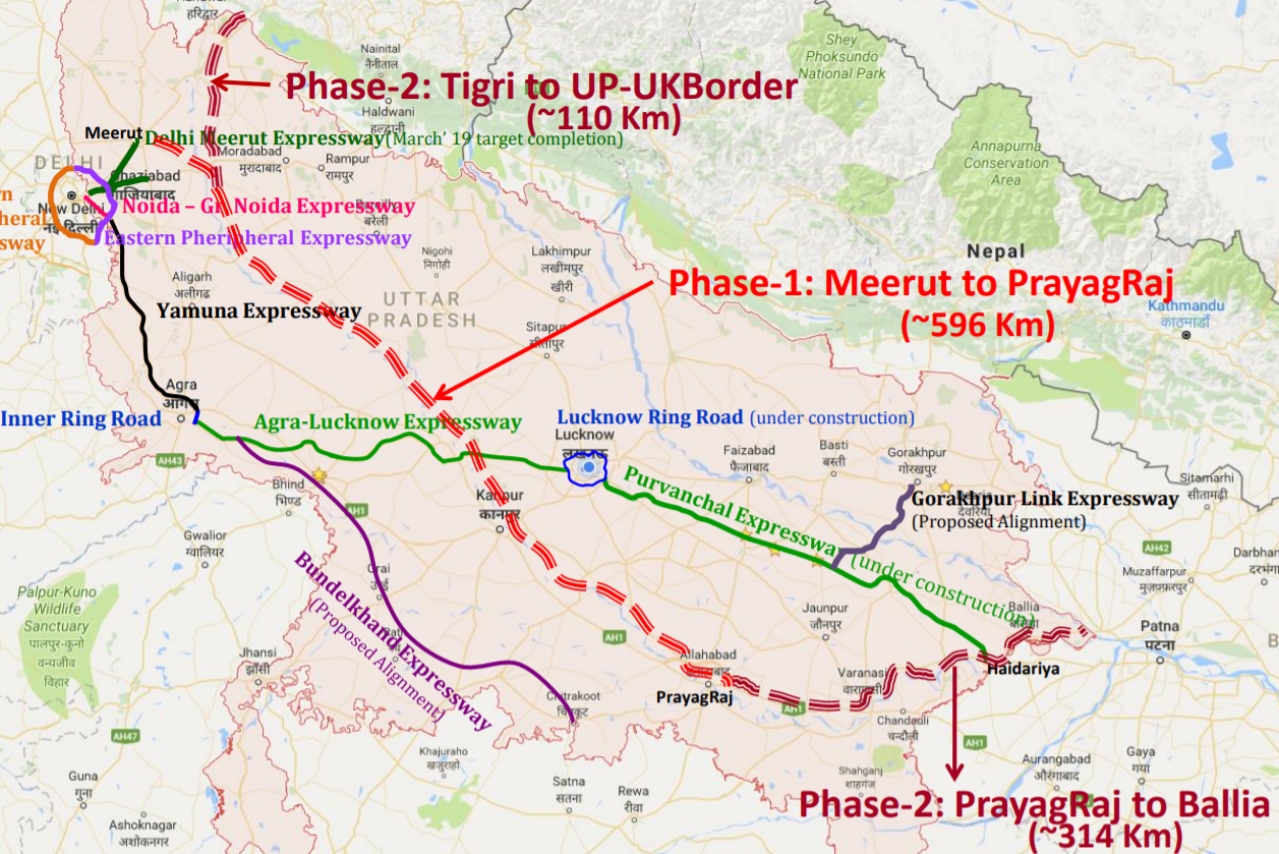 Expressway projects in Uttar Pradesh and their rough alignment. (UPEIDA)

The process of land acquisition had begun in early 2019. Of the nearly 3,700 hectares required for the expressway, around 95 per cent has been acquired so far, and the rest is likely to be acquired over the next few months.

With the acquisition of 3,440 hectares in 10 months, without any protest from farmers, the Bundelkhand Expressway project holds the record for the fastest acquisition of land for a highway project in the state.

With efficiency in land acquisition, the Adityanath government managed to cut cost escalation by around 12 per cent.

The Uttar Pradesh government has transferred cost and compensation to the farmers who sold their land using real-time gross settlement, also referred to as RTGS, from the state treasury, cutting the red-tape significantly.

The Expressway is expected to be built at an estimated cost of Rs 14,850 crore, of which Rs 8,870 crore will be spent on civil work.

Of this, Uttar Pradesh Expressways Industrial Development Authority (UPEIDA), the nodal agency for the project, was to raise Rs 7,000 crore through bank loans. The state government was to provide the remaining investment. It allocated Rs 1,000 crore for in the 2019 Budget and Rs 750 crore in the 2020 Budget.

For its construction, the four-lane expressway, which will be expandable to six lanes, has been divided into six packages. Bids for all the packages were invited by the UPEIDA in February 2019.

A total of 82 separate bids were received by UPEIDA from 17 bidders, with 10 contenders bidding for all six packages of the project. 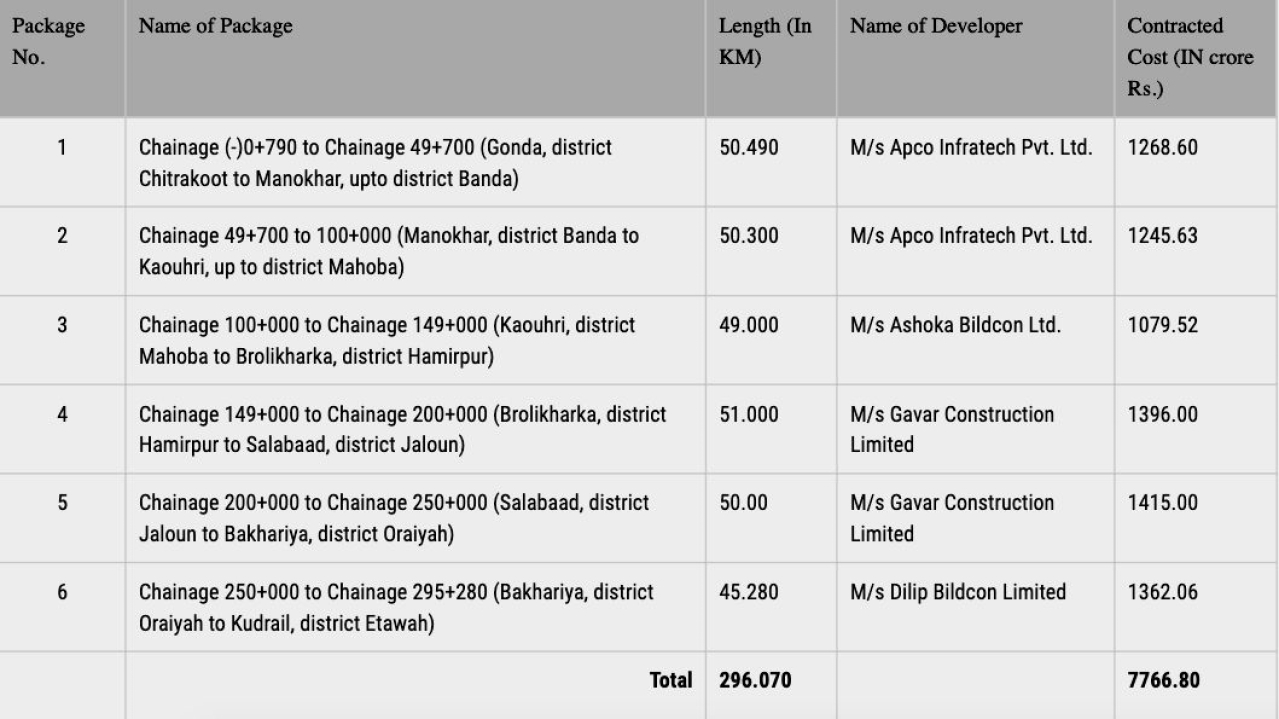 The lowest bid received was 12.72 per cent less than the estimated cost, as a result of which the UPEIDA will be able to save Rs 1,131.74 crore.

The expressway project will be implemented under the Engineering, Procurement and Construction (EPC) model.

In the EPC model, the contractor is responsible for designing the project, procurement of material required to build it and its construction, after which the project is delivered to the end-user.

The access-controlled expressway will have a right of way (total land area acquired for the construction of the roadway) of 110 metres. A service road, 3.75 metres wide, will also be constructed on one side of the expressway.

At one point, it was reported that Prime Minister Modi will lay the foundation for the project in January 2020. However, this did not happen until today.

“We want to finish work on the expressway by the end of 2021 or, maximum, in the early months of 2022,” a UPEIDA official had said back in November.

However, it is not clear if the delay will lead to a change in this plan. UP goes to polls in 2022 and the Adityanath government would want the expressway, or at least its main carriageway, to be up and running before the elections.

Bundelkhand is electorally important for the BJP — of the 19 Vidhan Sabha seats in the seven districts that form Uttar Pradesh’s part of Bundelkhand, the party had won all 19 in 2017.

In the 2019 Lok Sabha polls, the party had won all the four seats in the region, repeating its performance of the 2014 polls.

The expressway is important for one more reason — the proposed Bundelkhand Defence Corridor, a flagship project of Chief Minister Adityanath to attract investment in this region.

It is no coincidence that this year, the Defence Expo, a bi-annual exhibition of defence equipment and technology, was organised by the Ministry of Defence in state capital Lucknow.

MKU, a defence manufacturing firm headquartered in Kanpur has been supplying equipment to the Indian Army since the last 1980s, and to militaries, paramilitaries and police services in other countries as well.

Among other things, the company is manufacturing ballistic helmets for the Indian Army at its unit Malwan in Uttar Pradesh’s Fatehpur district, a 40-minute drive away from Kanpur, and a little over 130 km away from Chitrakoot, one of the six nodes (Aligarh, Agra, Jhansi, Kanpur and Lucknow being the other five) proposed under the Bundelkhand Defence Industrial Corridor project. 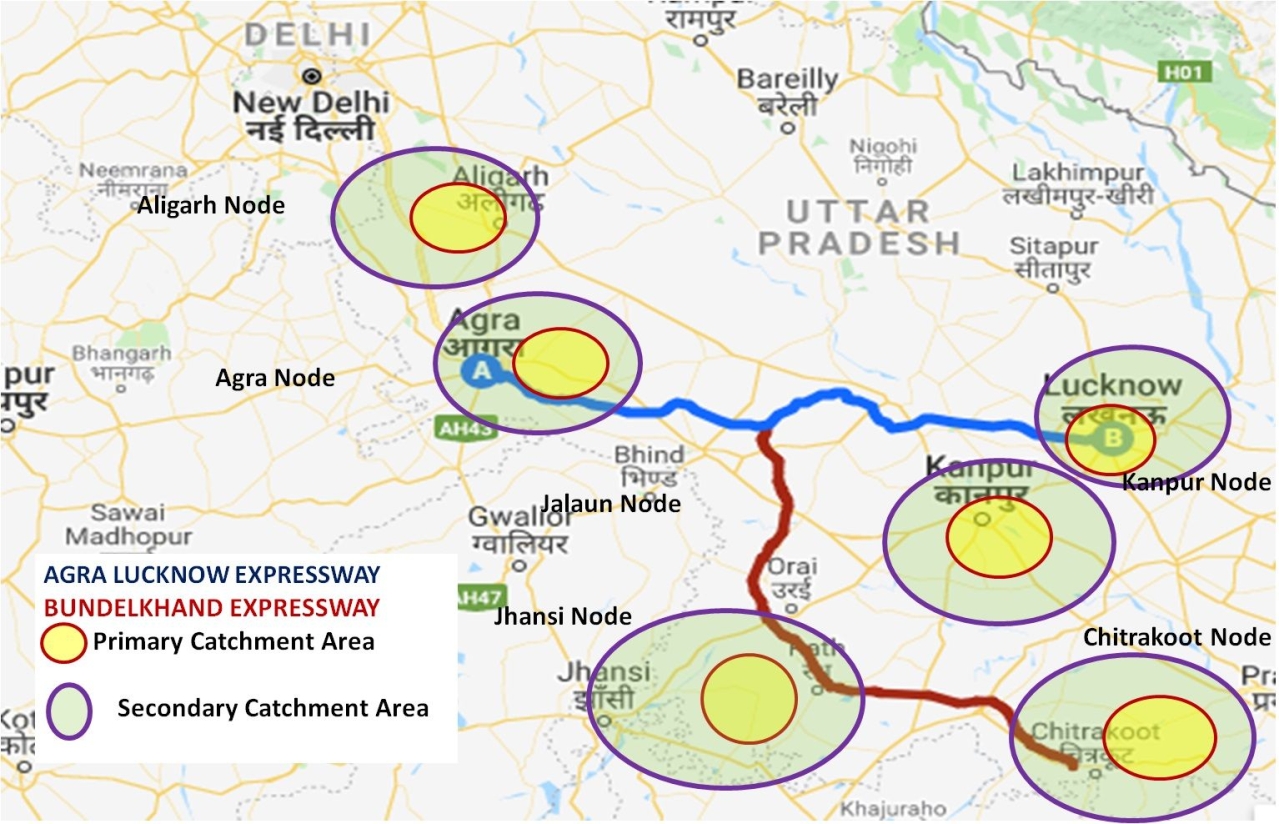 Therefore, there exists a defence manufacturing ecosystem in Uttar Pradesh which can be leveraged to bring investment in Bundelkhand.

As land costs rise in the existing industrial hubs such as Kanpur, Bundelkhand can emerge as a new destination for investment in defence manufacturing.

The improvement in connectivity within the region and between the nodes of the Defence Corridor with the construction of the Bundelkhand Expressway will add to the advantage of low-cost labour and land in this region.

The Adityanath-government has already started building a land bank in the region. Of the 3,700 hectares that has been identified for the defence corridor, nearly 3,000 hectares has already been acquired by the state.

The Defence Corridor received much attention during the Defence Expo in Lucknow, which was, by some accounts, the largest India has ever organised.

UPEIDA, which is the nodal agency for the Lucknow Defence Expo and the Bundelkhand Defence Corridor, signed 23 MoUs worth Rs 50,000 crore for investment in defence manufacturing. Titan Aviation and Aerospace Limited, one of the companies which signed an MoU with UPEIDA, has reportedly asked for 6,000 acre land at the Jhansi node for the project.

This piece was first published on India InfraHub and has been republished here with permission.