How Sabarmati Riverfront Project Has Transformed Ahmedabad Into A Tourism Hub 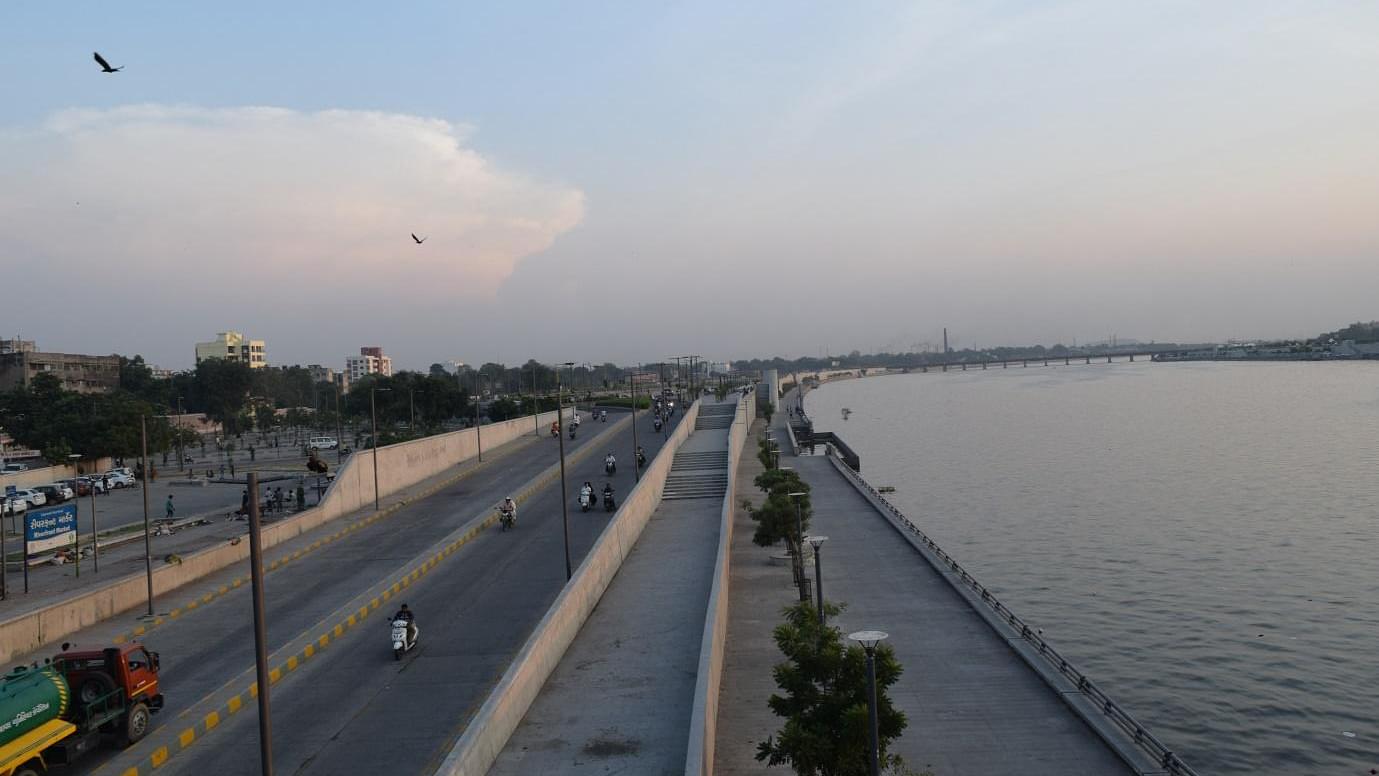 Promenades and roads along the river.

Historically, all great cities were founded on the banks of rivers, which not only provided the urban population with drinking water but also served as a source for irrigation and transport. Be it Delhi, Varanasi or Patna, all major Indian cities boast of some river flowing through them like a lifeline. Sabarmati river has been an integral part of Ahmedabad since the city was founded in 1411 along its banks.

But as the city grew, the river bore the brunt of its development. Until almost a decade ago, Sabarmati river had become a dry and dirty riverbed. Industrial effluent and sewage from all over Ahmedabad were dumped in the river, making it a hotbed of water-borne diseases. The river banks were either occupied by slums or stray animals. In short, it resembled any other Indian river of the day, polluted to a level where its water was no longer clean.

But, thanks to the riverfront project, Sabarmati has now become a major tourist and recreational spot in Ahmedabad. The city now boasts of a world-class 22.5 kilometre promenade walkway on the east and west side of the river, as well as parks and broad roads. A developed riverfront is not only an ecologically sound idea, but also a great way to reclaim public spaces and attract investment.

As the cities have grown, avenues for recreation and public interaction have shrunk. A waterfront, if managed properly, provides access to new recreational opportunities and awareness of natural aspects of river life to the citizens. The redevelopment project has been a showcase to the world of the city’s potential to revitalise its river and this has been recognised in the form of several awards. KPMG included Sabarmati Riverfront Development Project in ‘100 Most Innovative Projects’ in the field of urban regeneration (2012) that make cities liveable as well as sustainable. Ahmedabad Municipal Corporation (AMC) received the HUDCO National Award 2012 for innovative infrastructure development for the riverfront project.

In May 1997, the AMC launched a special purpose vehicle (SPV) – the Sabarmati Riverfront Development Corporation Limited – to develop 11.25km of public riverfront on both the banks while maintaining constant flow of water. The SPV worked in close coordination with non-governmental organisations as well as citizen groups for planning as well as implementation. The entire project was funded by different sources including equity capital, loan and funds generated from sale of land.

Construction of the east and west river banks, riverfront parks and other facilities began in 2005. The project envisaged a mixed land use policy for the river banks to balance ecological, development and economic needs of the city. The major land use component of the project includes embankment and reclamation works, construction of road and installation of infrastructure such as water, sewer network, storm water drainage facility, resettlement and rehabilitation work, construction of promenades and gardens, and maintenance of public spaces. According to the official website, the objective of the project was:

Two major achievements of the project perhaps have been successful rehabilitation of people, while developing the land around the river and building sewage treatment plants. There were around 12,000 hutments round the river that covered nearly 20 per cent of the project area. Most of them were rehabilitated successfully in 26.77 square metre carpet area houses close to the original location. The project thus showed that one can easily balance development and social needs of the city.

Almost 36 drains from across the city used to empty waste into the river. Now, a state-of-the-art sewer interceptor system has been built to intercept the sewer from running into the river and divert it to treatment plants. This has led to a significant change in the environment around the river, making it more visitor-friendly and safe.

While interacting with people, who visit these parks and use the roads, this author was pleased to find massive public support for the entire campaign. All of them appreciated the local and state government’s efforts of giving back the city its beloved river.

The riverfront parks are now a major tourist attraction and highly recommended for visit by this author for a lovely sunset and an evening of relaxation. At a time when our urban water bodies are losing their sheen to become the city’s dump yard, Ahmedabad stands out for its efforts to return the river to its former glory. It is perhaps time that other cities learn from this vibrant city in Gujarat.