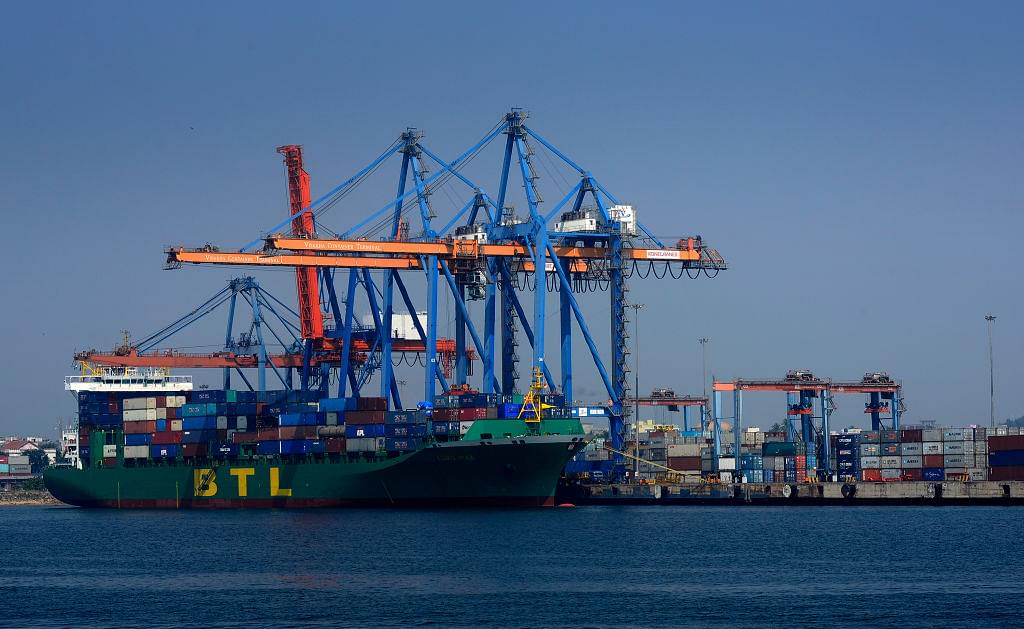 India's manufacturing and infrastructure push complement each other. India, the world's fastest growing responsible economy, puts maritime security and collaboration at the centre of to its strategic policy. In the world of interconnected economies, maritime trade has a crucial role to play. India's approach to development is fast and inclusive. After one year of Sagarmala's launch in 2016, the country hosted a maritime India summit in which Prime Minister Narendra Modi invited the global business community to become a partner in the process of India’s port-led development. In his speech at the summit, Modi said: "in this sector, no country can achieve the desired results in isolation. Nations have to collaborate to realise this potential and to overcome challenges in this sector”.

India has an extensive coastline of 7,500 kilometres covering 13 states and union territories. About 95 per cent of India’s trade by volume (68 per cent in terms of value) is moved by sea. Considering the importance of maritime infrastructure to India’s economy and to leverage India’s natural maritime advantages, Modi has crafted the vision of ‘Sagarmala’ and ‘port-led prosperity’. From 2014, the Indian government has emphasised on building the futuristic infrastructure in the country. Through Sagarmala programme, the government aims to modernise the ports and to integrate them with special economic zones (SEZs), port-based smart cities, industrial parks, warehouses, logistics parks and transport corridors. Global investors have enormous opportunities in this massive infrastructure transformation programme.

The Sagarmala project is reviving the efficiency of the Indian ports, and its results are quite visible. After consecutive years of losses, now the Indian ports and shipping organisations are yielding good profits. In 2014, the profits from ports in India stood at Rs 3,000 crore. With the continuous policy reforms and customer-oriented approach, this year, the profits from all major ports of the country are expected to cross Rs 7,000 crore. After a period of 10 years, the Cochin Port Trust has posted a net profit of Rs 4.44 crore for 2017-18 against the losses of Rs 27 crore in 2016-17.

On the cargo front, it has surpassed the target fixed by the Shipping Ministry by posting a 16.51 per cent growth. The major ports and shipyards of India are making a turnaround after a decade. According to the latest statistics from the Indian Ports Association, all the 12 major ports of the country witnessed a 4.97 per cent rise in cargo traffic in February-April 2018 period. During April to November 2017, Kandla Port handled the highest volume of traffic of 72.03 million tonnes followed by Paradip (64.97 million tonnes), Jawaharlal Nehru Port Trust (43.26 million tonnes), Mumbai (42.33 million tonnes) and Visakhapatnam (40.95 million tonnes). For the first time, in almost all key sectors, public ports are performing better than the private ports and it is a great achievement for the government.

The Sagarmala project has a broad vision and a strong leadership commitment. One of the star performers of the Modi government, Minister for Road Transport and Highways Nitin Gadkari is known for setting up ambitious goals and pushing the limits to achieve those targets. To streamline the processes in the ports and shipping sector, the government has taken a number of policy reforms, some of which will speed up the pace of Sagarmala programmes like Major Ports Authority Bill 2016, Merchant Shipping Bill 2016, National Waterways Act 2016 and New Shipbuilding policy.

In August 2016, Sagarmala Development Company (SDC) was incorporated for providing equity support to residual projects. As of now, more than 400 projects with an investment of $123 billion and six new ports have been identified under Sagarmala. In each of the four pillars of Sagarmala programme – port modernisation, port connectivity, port-led industrialisation and coastal community development – there are good opportunities for the domestic and foreign investors.

Under the Sagarmala programme, 14 coastal economic zones (CEZs) with an investment potential of Rs 15 trillion have been identified. In the port-led industrialisation model of Sagarmala, different industrial clusters – petrochemicals, power, electronics, cement, automobile, steel, leather processing, wooden furniture and marine clusters – are planned to be set up in different states. Establishing future industrial capacities near the coast will lower the logistics costs and improve the export competitiveness of the manufacturing industry. In the vision document of Sagarmala project ‘National Perspective Plan 2016’, the concepts of CEZs, coastal economic units (CEUs) and port-linked industrial clusters have been introduced. These CEZs are set to align with the planned industrial corridors – DMIC, VCIC, CBIC, BMEC and AKIC. These CEZs have the potential to boost country’s exports by $110 billion and to generate 40 lakh direct and 60 lakh indirect jobs.

Ports are the key driver of the economic growth. Of the world’s top 20 free trade zones, 14 are either port-based or port-proximate. We have seen how countries like China, Singapore, Japan and South Korea have leveraged their coastline to boost manufacturing and exports. India has 12 major and 200 non-major/intermediate ports. During 2016-17, the country’s major ports have witnessed an annual growth rate of 6.8 per cent. India’s current port capacity is 1,500 MTPA, and the goal is to increase it to 3,000 MTPA by 2025. To achieve the full potential, Indian ports need to be seamlessly integrated with the hinterlands through railways, road network and inland waterways. The two key aspects of Sagarmala vision are port rail connectivity and port road connectivity. For smooth connectivity to ports, more than 150 connectivity projects at an estimated investment of more than Rs 2 lakh crore have been identified.

Impact on Logistics Costs and ‘Make in India’

The cost of moving cargo by sea or inland waterways is 60-70 per cent lower than the road or railway network. In India, our waterways are underutilised; there is a need to increase the modal share of coastal shipping and inland waterways. Sagarmala envisages to double current share of coastal shipping in India's overall modal mix from 6 per cent to 12 per cent by 2025. By making our transport water-based, we can reduce our logistics costs, which in India is between 16-18 per cent, but in the next two-three years, through the successful execution of Sagarmala and Bharatmala programme, it is expected to come down to match the global average.

Sagarmala is a key enabler of ‘Make in India’ programme. One of the key outcomes of Sagarmala is the reduction in logistics costs, which is crucial for our indigenous manufacturing initiative. At present, India’s logistics costs is around14-18 per cent of the GDP, to compete in the global market, it should come down to 4-6 per cent. A number of sub-projects under Sagarmala are in sync with the government’s industrial corridors, dedicated freight corridors (DFC), national highway development programme (NHDP) and special economic zones (SEZs). By 2025, Sagarmala will be able to optimise the logistics flows of the country and it will help in saving close to $5.3-6.1 billion per annum.

Sagarmala’s comprehensive approach of ‘port-led development’ has given a different perspective to help understand the maritime space to the world. From connectivity, collaboration and industrial development to initiatives for holistic and sustainable development of coastal regions and communities, the vision of Sagarmala is inclusive. For India, oceans are not mere trade and transport links, as Prime Minister Modi perfectly puts it, “the maritime sector not only creates and facilitates economic activities; it also connects countries and civilisations. Investing in maritime sector is not only investing in one’s own future but in the future of the planet and that of coming generations”.