How UDAY Has Impacted The Financial Health Of States And DISCOMs 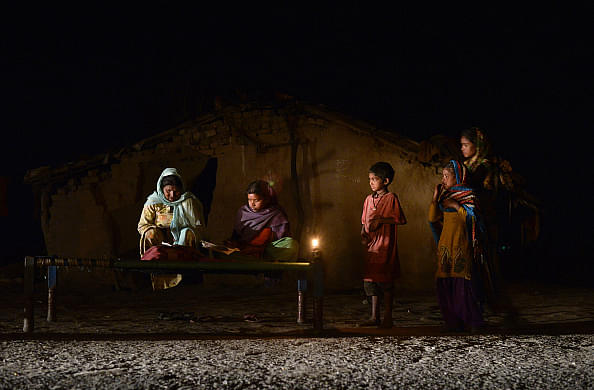 For long, India struggled with a lack of consistency in its electricity supply. While this led to reduced standards of living and declining productivity in urban areas, the lack of sustained power supply in rural areas – which saw major power cuts, sometimes spanning 16-18 hours each day – hindered basic services. One of the major reasons for power deficiency was the weak financial strength of major power distribution companies (DISCOMS) in various states, power theft, and the absence of any mechanism to improve the operational mechanisms that governed the supply of power.

In 2015, Minister for Power, Coal, New and Renewable Energy Piyush Goyal introduced the Ujwal DISCOM Assurance Yojana (UDAY). The objective of this scheme was to ensure the financial revival and monetary sustainability of electricity distribution companies in different states of India, reeling under heavy financial and operational losses.

The idea was to find a permanent solution in order to bail out the DISCOMS by having state governments take over 75 per cent of the debt. 50 per cent of this debt was to be absorbed in 2015-16 and the remaining 25 per cent in 2016-17. State bonds were issued to take over the DISCOM debt, and the remaining 25 per cent of the debt was to be taken over via DISCOM bonds. With states taking over the future losses of the DISCOMS, the government wanted to cut the power purchase cost, reduce the interest rate, and most importantly, improve operational efficiencies.

In order to achieve this, tripartite memorandums of understanding (MoUs) were signed. The government of India took the responsibility of increasing the supply of domestic coal, rationalising coal linkages and coal swaps, and the faster completion of inherent structure theory of networks (ISTN) lines. The state governments were given asked to clear their dues, replace the aging street lights with light-emitting diodeS (LEDs), ensure rational hikes in tariffs, and cut the transmission losses.

The DISCOMS were told to reduce the aggregate technical and commercial losses (AT&C), eliminate the difference between the average cost of supply (ACS) per unit of power and per unit average revenue realised (ARR) to zero by the end of 2019, increase customer and employees engagement, along with several other measures. The government also launched a dedicated web and mobile portal for citizens and other stakeholders to monitor the progress of the programme being implemented across 32 states and union territories.

To begin with, state government bonds have been issued across states under the UDAY scheme with a maturity period of 10 years. Out of Rs 2.69 lakh crores, bonds worth of Rs 2.32 lakh crores have been issued across all the UDAY states. In the states of Jammu and Kashmir, Jharkhand, Madhya Pradesh, Chhattisgarh, and Bihar, 100 per cent of the bonds were issued to the DISCOMS, as warranted under the scheme. Even in Andhra Pradesh, the worst performing state in terms of bond issuing, over 56 per cent of the bonds were issued. However, information of bonds for states where no debt takeover happened is not available. The states where the debt takeover was not a part of the MoU, the objective was to only improve the operational efficiency.

The technical and commercial losses contribute significantly to the deficiency in operational efficiency. Aggregate technical and commercial (AT&C) losses as they are called, include the loss of power due to theft, illegal installation of power meters and so on. Given that they are unavoidable even with the extreme measures taken, the scheme warrants cutting AT&C losses to 15 per cent by the end of 2019. Interestingly, only Himachal Pradesh, Andhra Pradesh, Gujarat, Telangana, Uttarakhand, and Tamil Nadu have achieved the 15 per cent threshold. Most states fall in the 15 to 25 per cent bracket, thus offering hope of eliminating the high losses under AT&C. Jammu and Kashmir’s AT&C loss exceeds 60 per cent.

With an overall gap of 0.45 units, the scheme warrants bringing down the difference between the average cost of supply (ACS) per unit of power and per unit average realised (ARR) to zero by the end of 2019. While most states have managed to reduce the gap below 0.5, ten states have a gap exceeding 0.5. The situation is dire in states like Jammu & Kashmir, Meghalaya, and Jharkhand with unit gaps in excess of 1.

In order to ensure reduction in AT&C losses, feeder metering is essential. Under the UDAY scheme, 100 per cent feder metering has been aimed for. However, given the infrastructural gap between the urban and rural areas, feeder metering is different across states, as the data depicts. Even though some states are yet to meet their targets, things have largely improved since the pre-UDAY days, if government reports are taken into account.

Other parameters that govern the implementation of the UDAY scheme are installation of smart meters in order to evaluate energy consumption across periodic intervals, feeder segregation, rural feeder audit, and the distribution of LEDs under the UJALA scheme.

However, the most important question pertaining to the UDAY scheme revolves around state finances. While it adds to the fiscal deficit of the state, it also does not take into account the future losses that might occur, thus warranting the states to take over the burden. The states are required to repay this debt after 10 years, and if the losses are not contained by then, the states will have another problem to handle, thus widening the trap. Given this is a first exercise of its kind, the fiscal deficit situation of any one state cannot be used to determine the health of the scheme. The performance of DISCOMS, state revenues, and a range of other unpredictable factors would play a crucial role in determining the success of the UDAY Scheme.

For a country that has recently achieved 100 per cent electrification, UDAY offers sincere hope for a future that is not constrained by elaborate power supplies, loss making DISCOMS, and faltering standards of living.

The entire report can be accessed here.